When it comes to creating hype around their products and their massive launch events, nobody does it better than Nike and the latest incarnation of their Vapor IX is no exception. They have staged an incredible event in Paris with Zlatan taking centre stage  and we are invited! You can follow every breathtaking minute and even win yourself a pair of Vapor IX while you're there. 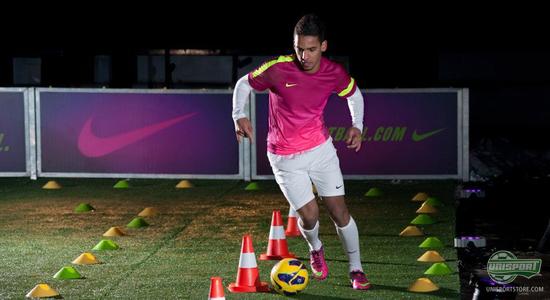 Nike have already hosted a couple of #BeMercurial-events in London, Amsterdam and Munich, where already established superstars and young talents like Shaqiri, Ribery, Walcott and Viktor Fischer joined up and showed off their new boots  ohh yeah, Ribery and Shaqiri brought a pair of Vapor IX-Lamborghinis too. 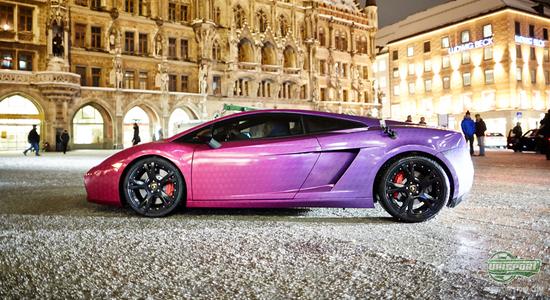 As you can see they have mustered a collection of the fastest and most Mercurial players, who have all been summoned for one final and massive event in Paris, where Zlatan is king  and it is also the big Swede who did the inviting. 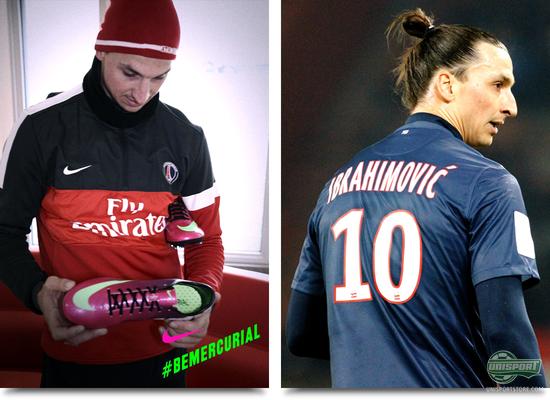 All these massive stars in world football are however not the only ones on the invite list, we are too. Jakob will therefore be packing his bags with cameras and Mercurial boots and set course for the French capital to attend the #BeMercurial-event. 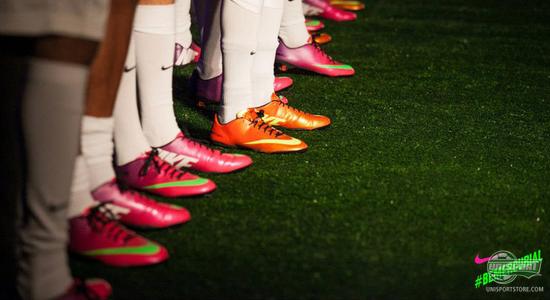 With him he has also brought his Iphone, so you can get the full scoop on the Vapor IX-event, as we will be feverishly instagramming, tweeting and uploading small videos directly from Paris, while the whole thing is going on. 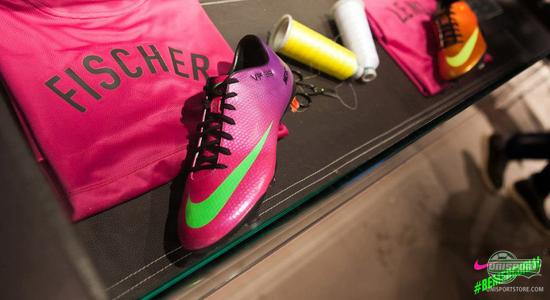 All these pictures, tweets and videos will be collected in one place, on our Unisportstore in Paris campaign site, where you will get the Paris-atmosphere, as Jakob attends the big #BeMercurial-event. 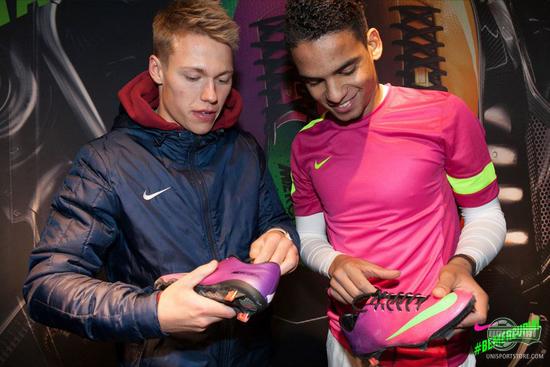 To mark our little trip to Paris, we are setting up a competition, with the brand new Vapor IX on the line.  You can join the competition and possibly get yourself a pair, on our Twitter.

All you have to do, is tweet us and tell us which player you think is the most Mercurial  and do it with the text: @Unisportstore The name of the player #UnisportParis www.unisportstore.com/u/vapor  then you are in the draw to possibly win a pair of Vapor IX Fireberry/Electric Green/Red Plum or Sunset/Volt/Total Crimson. You can see an example, of how your tweet should look down below;

The competition ends Tuesday evening at 11:59 PM CET and we will announce the winner Wednesday morning at 10 AM, on both Twitter and Facebook.

Jakob is all set for the event with his Vapor IX at hand and he is already bursting with excitement, sending tweets, pictures and films back to us from France  and we hope, that you will follow us, as the event unfolds and Zlatan shows up (We will be keeping a sharp eye out for the Lamborghinis...)

Get the full overview and stay up to date with the #BeMercurial-event as it happens here. 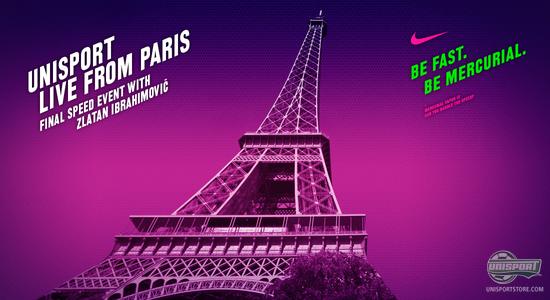 Now the dust has settled, what do you think about the new Vapor IX? Is it something you like? We would love to hear your thoughts about Zlatan being the ambassador for the boot, so feel free to tweet us, facebook us or write in the box down below.