There has been a drastic development in the long running saga, of German international Mesut Özils, sudden change of boot from Nike to competitors Adidas. He's been a trip to court, because things weren't handled quite like they should. Read and understand why, we might be seeing Özil in unbranded boots for a while.

Since the summer the attacking-star from Real Madrid has been attracting a lot of attention, because of his, at times, peculiar choice of footwear. He's been a front-figure for Nike since 2008 and has evolved into one of the most recognizable players using Nike's flagship collection, The Mercurial. But he surprised everyone when he in pre-season pulled on a pair of Adidas Predator LZ. 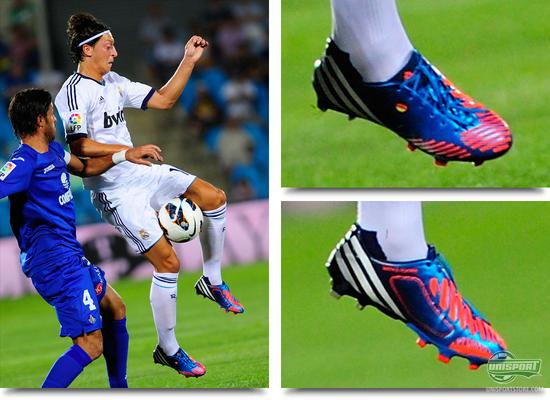 This sparked a flurry of rumours; was there a change of sponsor under way? Had he hung up his Mercurial Vapor VIII? We've been guessing ever since and yesterday afternoon we got the sensational news, of what is actually behind the change. Özil has a contract with Nike, which ran out in July 2012 and it therefore meant he was free to choose, which boot-contractor to use. But then again, no! The original contract with Nike had a clause, that meant Nike had the opportunity to match any offer, made in any contract negotiation, with any competitors. 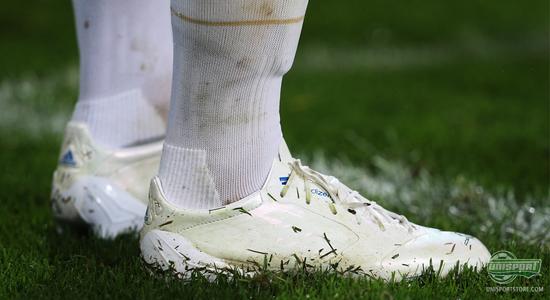 As a result of Özils shenanigans in Adidas boots, Nike have had reason to believe, he's made a deal with the competitors without giving the American giants the chance to match the offer, as the contract said they could. That's why they have pulled Mesut for a quick trip to court, to get some clarification on the matter. In the meantime Özil denies, having made a deal with Adidas and that he was in his own right to try the boots. 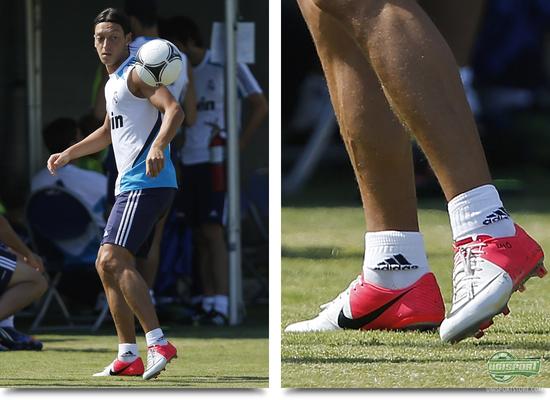 The Dutch judge and jury, who have responsibility for the case, have decided that it was very unlikely, that Özil has played in a pair of Adidas for free and that he has to prove his innocence. The way he's to do this is by playing with unbranded boots for the next 180 days. By unbranded they mean either white-outed or black-outed boots and if he fails to do so, he must pay a fine of no less than 150.000, for each day he doesn't do so! 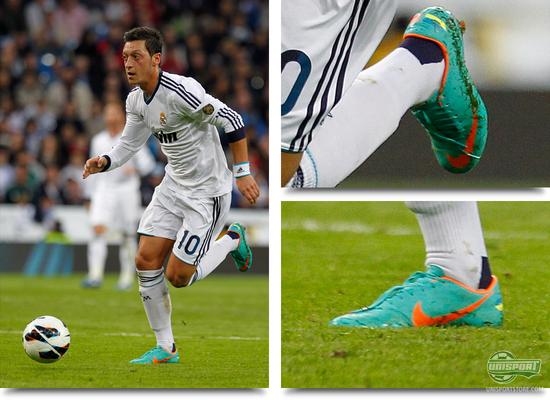 In his latest game Mesut Özil turned up in his Mercurial Vapor VIII ACC Retro/Total Orange/Challenge Red, but whether this was to sweet-talk Nike and help his current predicament, is impossible to say. Either way it'll be interesting to follow, what the football prodigy picks, as his weapon of choice for the time ahead. When the 180 days are up, he will have passed the Test and will therefore be free to pick his next contractor, without any involvement from Nike. That's why all our eyes will be locked on the midfield magicians feet, in this weeks Champions League-encounter, which should give us an indication of where his loyalties lie. 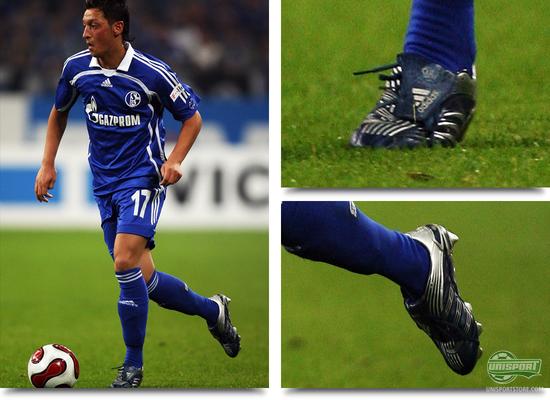 In the beginning of his professional career, which he started in Schalke 04, he was a avid user of Adidas. This was probably to compliment the clubs shirt-sponsor and not as a result of a personal boot-contract. Back then he switched between F50- and the Predator-collection, were the above picture shows him in a nice pair of Adidas Absolute from 2006. 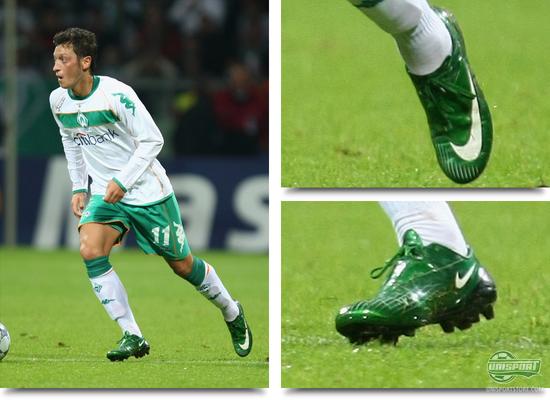 When the talent truly started to emerge, Nike were quick to snatch him up. When Özil completed his move to Werder Bremen in 2008, Mesut Özil also signed a contract with the American giants and ever since he's been using The Big Swoosh. Even if he to begin with, did flirt with the Tiempo-collection, he's always been synonymous with the Mercurial boots.

He's also been a big factor in Nike marketing, where he's been used a great deal, in the most recent Mercurial advertising and in the above video, which was launched in connection with Nike Mercurial Vapor Superfly III. He's seen showing off his footballing talents with the female football player, Lira Bajramaj.

We are all very excited to see, what the future holds for Mesut Özil. Will he take back Nike and the Mercurial-series. Will he continue wearing Adidas? Adizero or LZ? Or have they too gotten annoyed with all the trouble sorounding him? Lets hear your thoughts in the comments-section bellow.