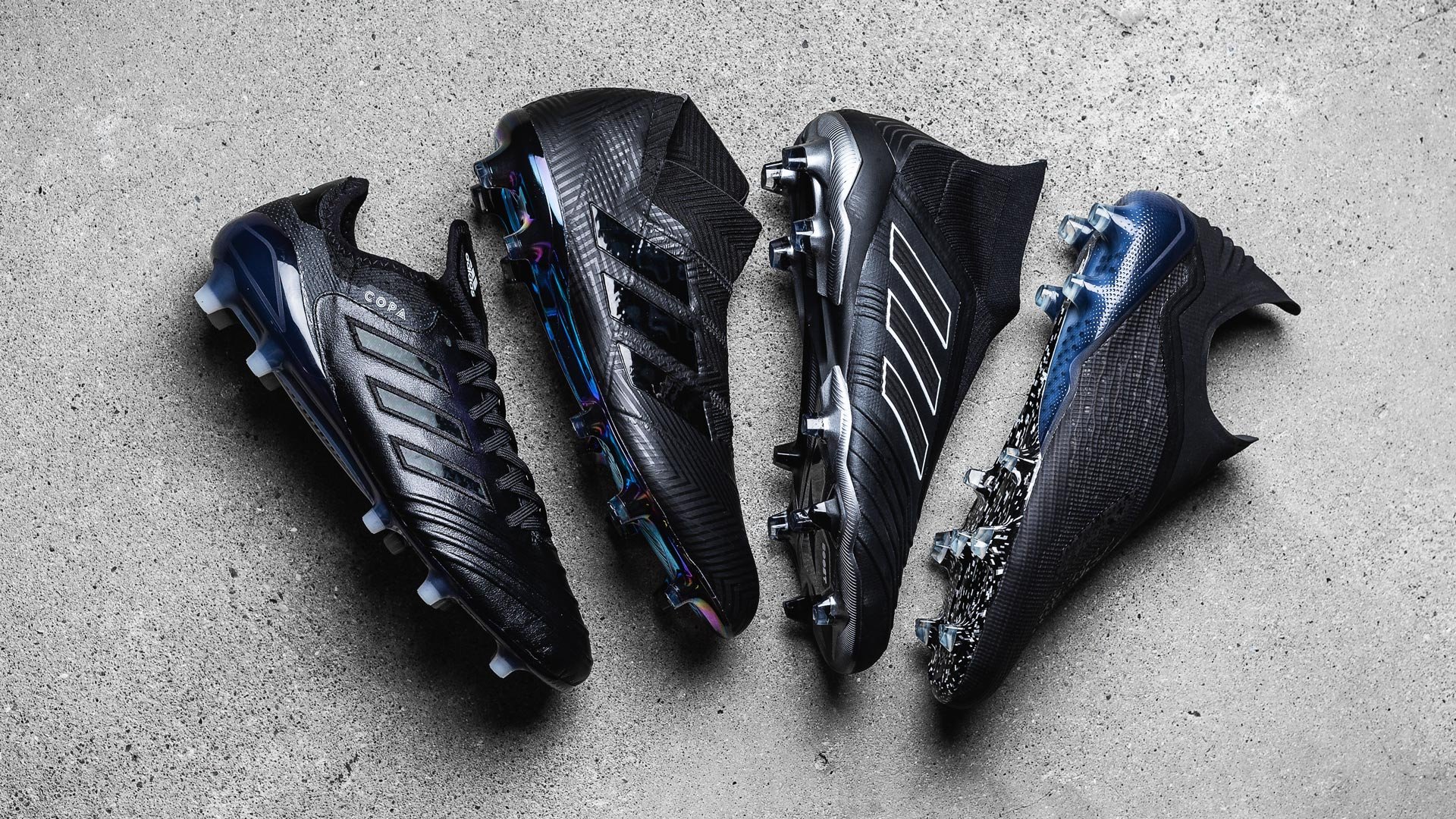 Following the end of the World Cup, the different brands are ready to suit up their players for the pre-season. adidas is also ready to give the brand’s players their new blackout boots. Let’s run through the stunning adidas Shadow Mode boots made for the pre-season.

It’s become a tradition every year that the different brands give us a stunning blackout pack during the summer. This year is no exception, and adidas has made the Shadow Mode pack, which takes you into the pre-season shadows. The Shadow Mode is all about the pre-season, it’s here you take your game to the next level. Work hard on getting faster, better, stronger and surprise everyone with your achievements when the season start. Seize the pre-season and make it yours!

You might just think that this is just another blackout pack. But adidas has actually worked on the details with the Shadow Mode. Looking on the three stripes on the Predator, X and Copa, we see the Telstar pixelated pattern inspired by the official match ball for the 2018 World Cup. While the Nemeziz has been equipped with an iridescent effect when putting light on it, which gives an amazing effect to the boots.

Tech-wise, the boots haven’t changed, so you get the same, awesome technologies which have been introduced for the World Cup. Besides the new colour and the stripes effect, the boots are distinguished by having their own unique soleplate. The Predator 18+ is made with a matte silver sole plate, which works very well with blackout design, while the Copa 18.1 features a white striped design that is made to complement the classy boot design.

Let’s move on to the more eye-catching soleplates, where we find the new X 18+ made with a pixelated soleplate, which is inspired by the Telstar. This will indeed make us remember the amazing World Cup when looking at the soleplate in the future. But, the best soleplate goes to the Nemeziz 18+, which is made with a futuristic shiny blue colour. Well done, adidas!

Get your Shadow Mode boots and seize the pre-season. Available on Unisport from the 18th of July.