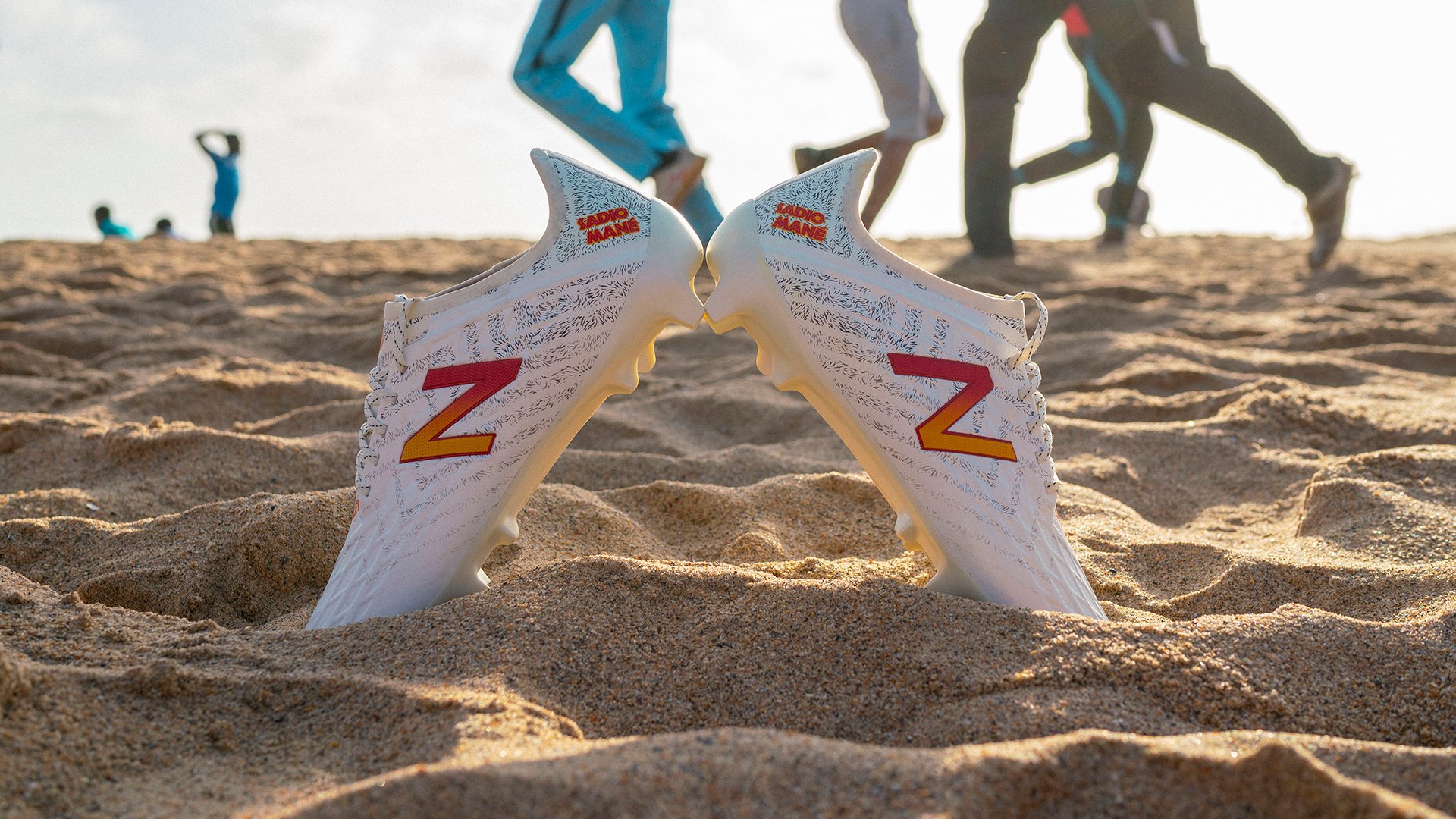 New Balance are ready to follow up strong on their first chapter of the Sadio Mané story, as they present the new Limited Edition Furon v5 Sadio Mané Rise of a Lion. A tribute to Sadio Mané’s journey to become the player he is today.

New Balance are ready to pay tribute to one of 2018/19’s best players: Sadio Mané, as they’re releasing the second chapter of Mané´s journey to become the player he is today. The New Balance Furon v5 is made for Mané and tells the story of his journey from the streets of Bambaly to the capital city Dakar, where he participated for the local trials. A journey that was impressive 405 kilometers, made by a boy that was only 15 years old.

Mané was already a special player at an young age, which made him make the cut and became a part of the Senegalese football academy, Academie Generation Foot, where he later progressed to Lion of Terenga, which also is known as the Senegalese nation football team.

The new Furon v5 Sadio Mané Rise of a Lion features stunning details, which all tells Mané’s journey. Let’s start with the upper, which his inspired by ‘The Simb’ – a ritual from the 50’ in Senegal and is the transformation from man to lion. The ritual includes incredible bodypainting on the ones who participate, and this is also the case of the upper on the boot. It features a white base with a black pattern symbolising The Simb. As it’s Sadio Mané´s signature boot, then it’s only normal that Sadio Mané’s name and number 10 is visible on the upper, while his signature is placed on the insole. New Balance has only made 405 pairs worldwide, which is a connection to the 405 kilometers, that Mané travelled to take part of the local trials . This is represented on the heel as the pairs are numbered with x out of 405, while Bambaly and Dakar is placed on each side of the design, hence the journey he made.

To top of the design, New Balance has added the date of Mané´s first cap, 25/05/2012, which is an incredible milestone for the player who became the lion. Do you also fancy yourself a pair of these sweet Limited Edition boots, then be sure to cop your pair at Unisport from tomorrow at 10.00 CEST.