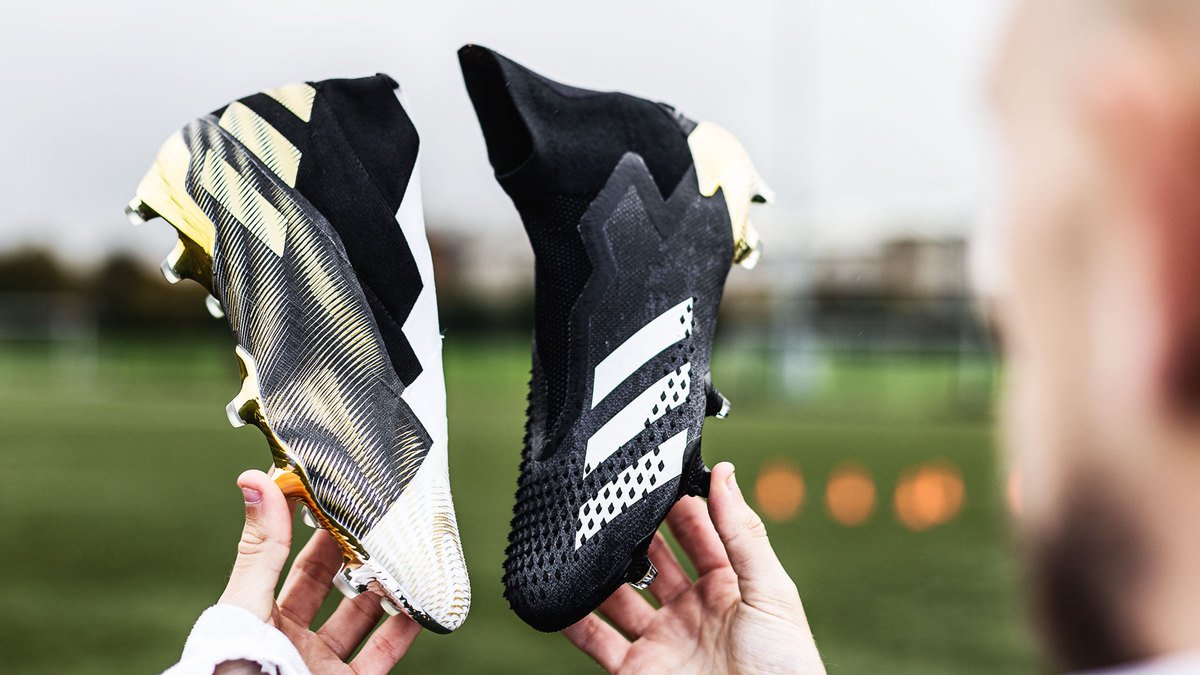 The latest boots from adidas are quite spectacular. It has a new design for the Nemeziz and a stylish look for the Predator. And it honours the next generation of great players!

We have seen some great colorways from adidas lately! In the summer, we were introduced to the Uniforia boots, the Dark Motion and most recently the Inflight boots. Today we will say hello to some new, extraordinary looking boots - made for the next-gen star players. And there will be two boots to check out - so let’s do that!

We’re starting with the Predator. We’ve seen these colours on a Predator before. Black, white and gold. But it always seems to work! And this specific colour combo works extremely well. The upper is made in black. And the three adidas stripes are made in white (which looks a bit like silver). And the star of the show is the golden soleplate. Damn, it looks good!

Techwise there’s nothing new about these Preds. It has a Primeknit upper, a Sockfit collar and the now iconic Demonskin with the grippy spikes to give you the best and ultimate control of the ball - and the game! As said, no big changes. But hey - why should adi change a great boot?

The Nemeziz is the other boot in the Atmospheric collection. And it’s a great, new update for this one. We see an upper with a split-coloured design, which looks bonkers. On the medial side and toe box, we get a super clean, white and gold colour scheme. On the opposite side, we have a black and gold design. adi are sticking to the same theme as seen on the Predator - and it works.

Even though the Predator didn’t have any updates tech-wise, it seems like this is not just a colour update for the Nemeziz. The upper looks like it has a bit more grip to it. It feels like the silicone threads, that are making the gold wavy effect, also have a purpose for you to control the ball easier. A nice touch on a great looking boot.

The Torsion Tape system will make the boot wrap around your foot and give you great lockdown during a game.

Like mentioned earlier on, the Atmospheric pack is here to honour the future stars of football. That’s why you’ll find great and upcoming young players like Aaron Wan-Bissaka, Rhian Brewster, Maxence Caqueret, Matteo Guendouzi, Tanguy Kouassi, Alejandro Collado and Erin Cuthbert wear these colourways. And you can also wear them.

Get the adidas Atmospheric boots at Unisport NOW