Admittedly it wasn't what we expected to see, but in Spains game against Tahiti during the Confederations Cup in Brazil, the little dribbling genius David Silva had changed to the new Adidas Nitrocharge 1.0. We take a closer look at the Adidas top boot here. 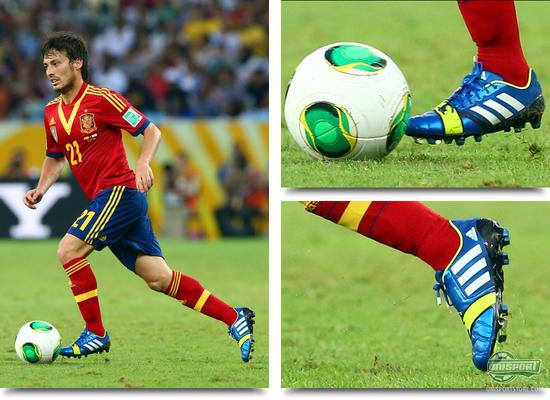 It is seldom boring being surprised and it did put some smiles on our faces here in Unisportstore HQ seeing the little, very technical, David Silva in the new Adidas Nitrocharge 1.0 Blue Beauty/Running White/Electricity. Before hand we have been used to seeing the Manchester City player in the F50 Adizero, where he has stubbornly kept a hold of the third generation of the lightweight boot, so it was quite remarkable seeing Silva in the Nitrocharge. 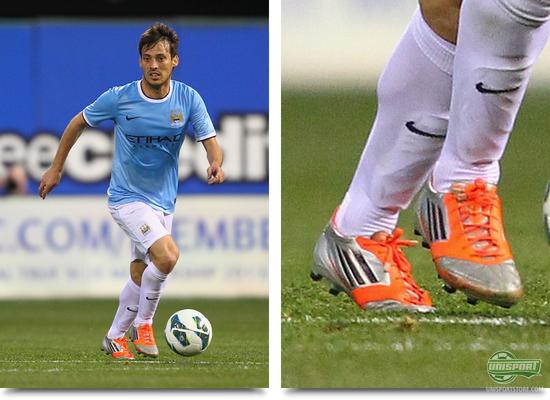 David Silva's old boot, the third generation of Adidas F50 Adizero, is built up around Adidas' Sprintweb-skeleton, which makes sure the foot is kept stable and gives the necessary comfort. This is quiet apparent and easy to spot, from the silicone stripe, which runs across the frontfoot. On the fourth generation of F50 Adizero, Adidas have removed the silicone stripe to make the upper more flexible and supple. 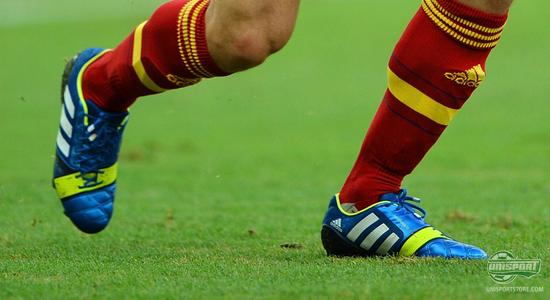 It is not unthinkable that it is the stabilising effect this gives, which David Silva was looking for, because something quite similar to this silicone stripe can be found on the Adidas Nitrocharge 1.0. The new EnergySling keeps the foot in place and gives an optimal kick off, so no energy is wasted. The new Adidas Nitrocharge 1.0 is aimed for the player, which Adidas call #TheEngine. He is the player who never stops running and who enjoys a tackle. 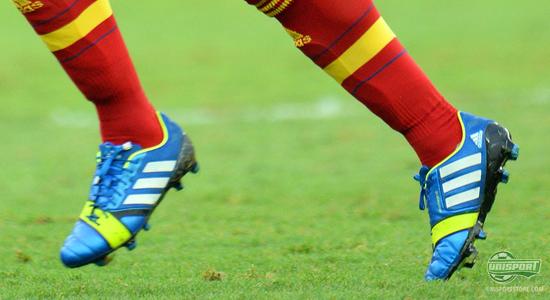 But it is a boot which several attacking players have already shown an interest in. Ezequiel Lavezi, Javi Martinez and Dani Alves have all laced up in the new Nitrocharge and are so far enjoying all the newest technologies that you can find on the top model. Dani Alves is however a special case, because he has had the upper replaced with the Adizero, SprintSkin upper. 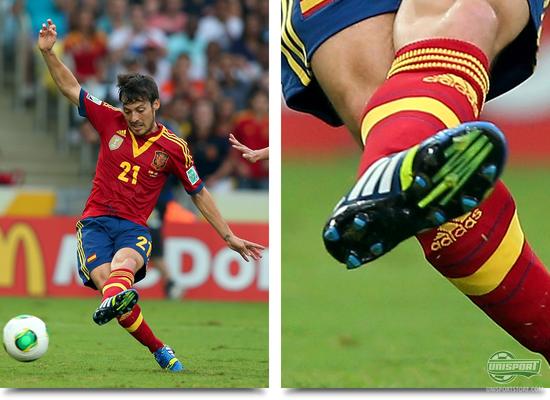 Unlike Dani Alves, who had his Nitrocharge especially made, it is the original model, which David Silva played with against Tahiti last night. This can be seen on the sole, where you can easily spot the Energypulse-technology, which is a elasticated and springy material that has been integrated into the frontfoot and gives added power to your kick-off. 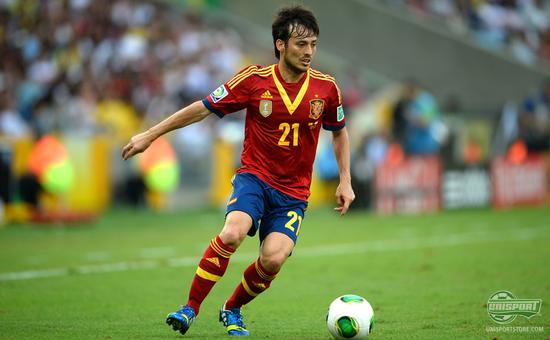 The new Nitrocharge has been given a really good reception and it will be exciting to see if any other attacking players, switch the Adidas F50 Adizero with the Nitrocharge 1.0. We will keep our boot spotting hawk eyes on football grounds around the world and see if any other players are as lucky with their switch as David Silva, who scored twice, in Spains resounding 10-0 thumping of Tahiti.

We were quite surprised to see David Silva in the new Adidas Nitrocharge 1.0. Had you seen that switch coming? And do you think we will see more stars, changing to the Nitrocharge? We would love to hear your comments here, on Facebook and Twitter.