The last group in the World Cup might just include the very most exciting country in the tournament. Belgium are bringing a squad packet with stars and is by many considered an interesting outsider. The country's golden generation is however young and relatively inexperienced, and they will have to get past a couple of hungry nations before we can truly expect big things from them. 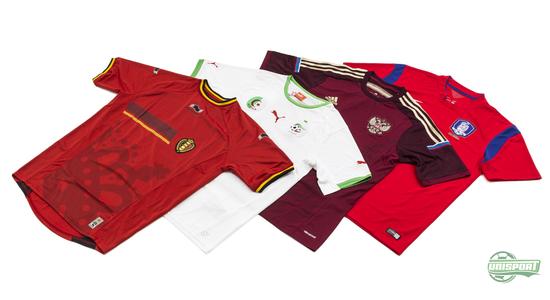 Three of the four countries in Group H can as a minimum boast a World Cup semi final to their name. Only Algeria have never made it on from the group stage during their three previous attempts. If you look at the four countries, one may think the Belgium are the favourites, while Russia and South Korea will probably be fighting for the second position. With that being said, it also looks like a rather even group, with South Korea actually being the most experienced country in terms of World Cups, as they will participate in their 8th tournament in a row. 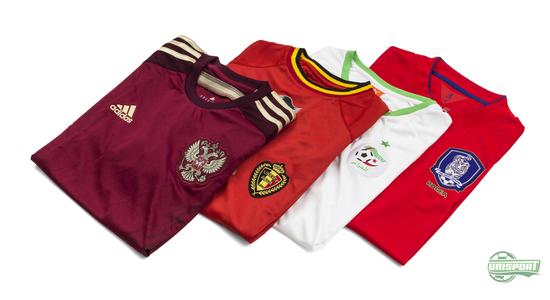 Speaking of South Korea and Russia, these two nations will meet in the opening round, where Belgium and Algeria will open the round earlier the same day. The match between South Korea and Russia will most definitely have a great influence on the further destiny of these countries. We are expecting a tense and exciting match as the two nations clash head-to-head in the first round already. In the other match, Algeria will be hoping for some nervousness, as there always is in the first round at big tournaments, and hope that the Belgian stars will need to use the first game to get properly warmed up. 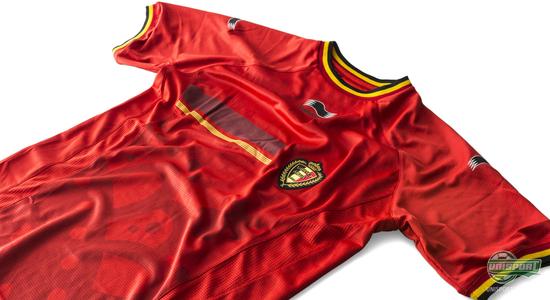 In Belgium, expectations are high for the generation which has been dubbed The golden generation. With players like Courtouis, Kompany, Hazard and Lukaku among many others, the Belgian people are hoping for a big result for the first time, since they took the 4th position at the World Cup in Mexico back in 1986. It is, however, 12 years since the last time Belgium participated in a World Cup tournament, and shall be interesting to watch how the Belgians will handle their lack of experience. 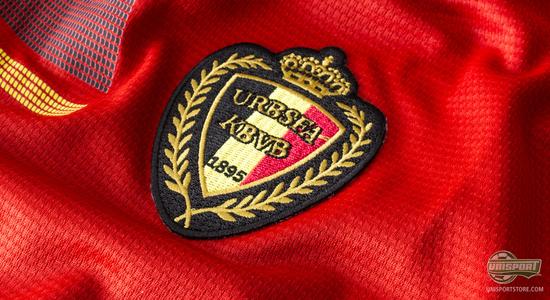 But if it's gonna happen, then now is the time. It is not every year that the Belgian squad counts as many stars as this one right now. And therefore, Burrda Sport are probably extra honoured to be on shirt duties for Belgium at the World Cup in Brazil. They have made sure to dress Hazard and Co. properly with a national team shirt that, among other things, honours the nation by carrying a print with the Belgian crown. 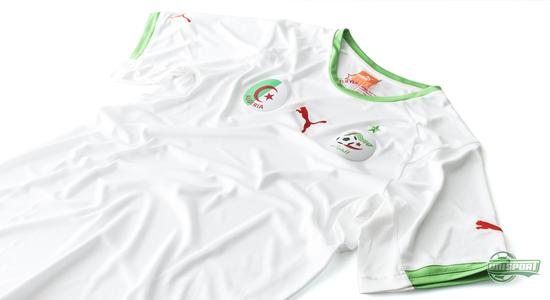 Algeria can enjoy their second World Cup participation in a row and their fourth in total. But that is then pretty much it, n terms of World Cup joy for Algeria. The country from the African continent have never managed to make it through the group stage. The closest they have been was at their first tournament back in 1982 where they had to see themselves beaten by Western Germany and Austria, due to better goal-score. Four years ago, Algeria didn't manage to get a single goal, so the chances of creating a better result this year are looking rather good. 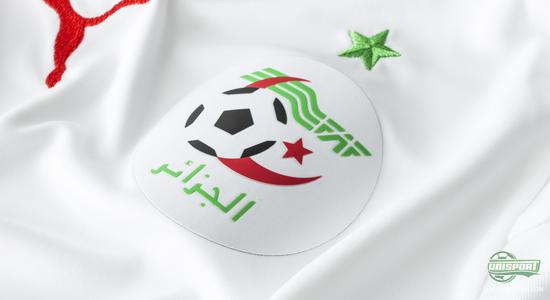 And they didn’t leave the last World Cup without any kind of result; as they did get a 0-0 against England, a result that, in part, directed the English to the second place in the group. In Brazil, Algeria are surely gonna follow the hope of making it on in the tournament, and in this regard Puma have helped the Africans by equipping them with a classic, yet also innovative World Cup national team shirt. Puma were also in charge of the Algerians World Cup shirt four years back in South Africa. 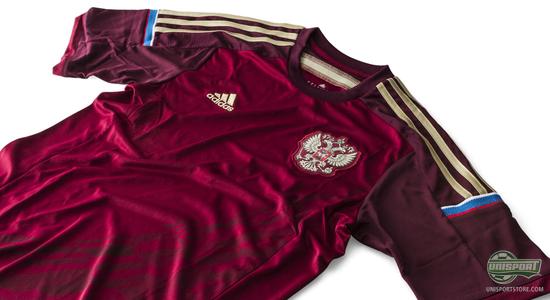 Russia will, similar to Belgium, be extra excited for this years participation, as it is also 12 years since this happened last time. And they are hoping that the result will be different than it was 12 years ago. Back then, Belgium managed to snatch the second position right in front of the Russians, as they beat the Russians 3-2 in the last round. 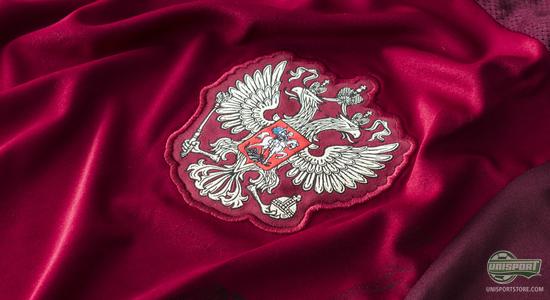 The Russian are, however, optimistic after finishing their qualification above the mighty Portugal, and one could imagine that Fabio Capello will have a power-talk or two up his sleeve for the Russian troops. Adidas have also done their part in terms of helping the Russians along with a national team shirt inspired by one of Russia's most proud moments; when cosmonaut Yuri Gagarin became the first man in space, back in 1961. Hereby, Adidas are using the symbolism to provide the Russians with the belief that they can once again write themselves into the history.

Go for a journey into space with the Russian national team WC shirt - 71 Euro. 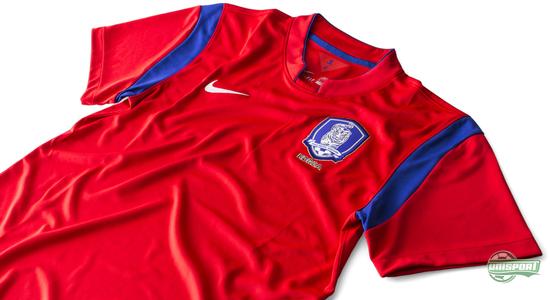 The last nation in Group H is actually the most experienced when it comes to World Cup participation. Since 1986, South Korea have managed to take part in every single World Cup tournament and in 2002 South Korea also managed to be the very first Asian country to be among the final four countries. In other words, the South Koreans surely know the game as they travel to Brazil, and they are probably not gonna listen to anyone who have already written them off in terms of making it through the group stage. 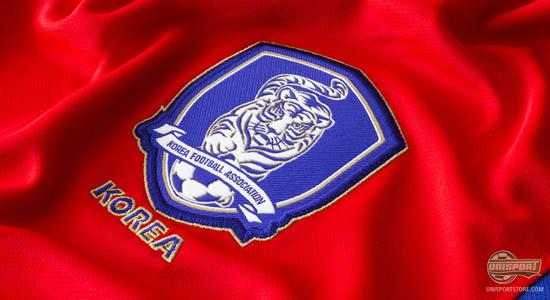 South Korea did, however, run into quite some trouble on their way to the World Cup, as they had to wait until the very last round where Uzbekistan beat Qatar 5-1, before they had secured a ticket to Brazil. The South Koreans have now put the difficult qualification behind themselves, and are not looking ahead towards their 8th tournament. Nike have made sure to dress the South Koreans properly for the task, using strong cultural symbolism in the design of the national team shirt. Hereby, the South Koreans will surely feel confident and comfortable as the will try to make it through the group stage.

The last group in the world cup includes an uncut diamond, which will be especially exciting to watch. Expectations are high for the golden generation of Belgium, and also Russia and South Korea will be feeling the high expectations from their home countries, while Algeria will take the role as the underdog in this group. How do you think Group H will play out? Take your football passion to a social level and leave your comment on Facebook or Instagram.