Two years ago PUMA blew everyone away when with their Tricks collection. Players like Agüero, Balotelli and Godin rocked the boots during the World Cup in Brazil. Now the Tricks concept is back to shock the world in France.

It all started, very unofficially, in 1998 at the World Cup in France. Here Rigobert Song suddenly turned up wearing two different colours of the PUMA King on each foot. One red and one yellow. The thought behind the untraditional choice was standing out from the crowd and showing his nation's colours on the biggest stage.

Note: The presentation box on the images is not included, when you buy the boots. 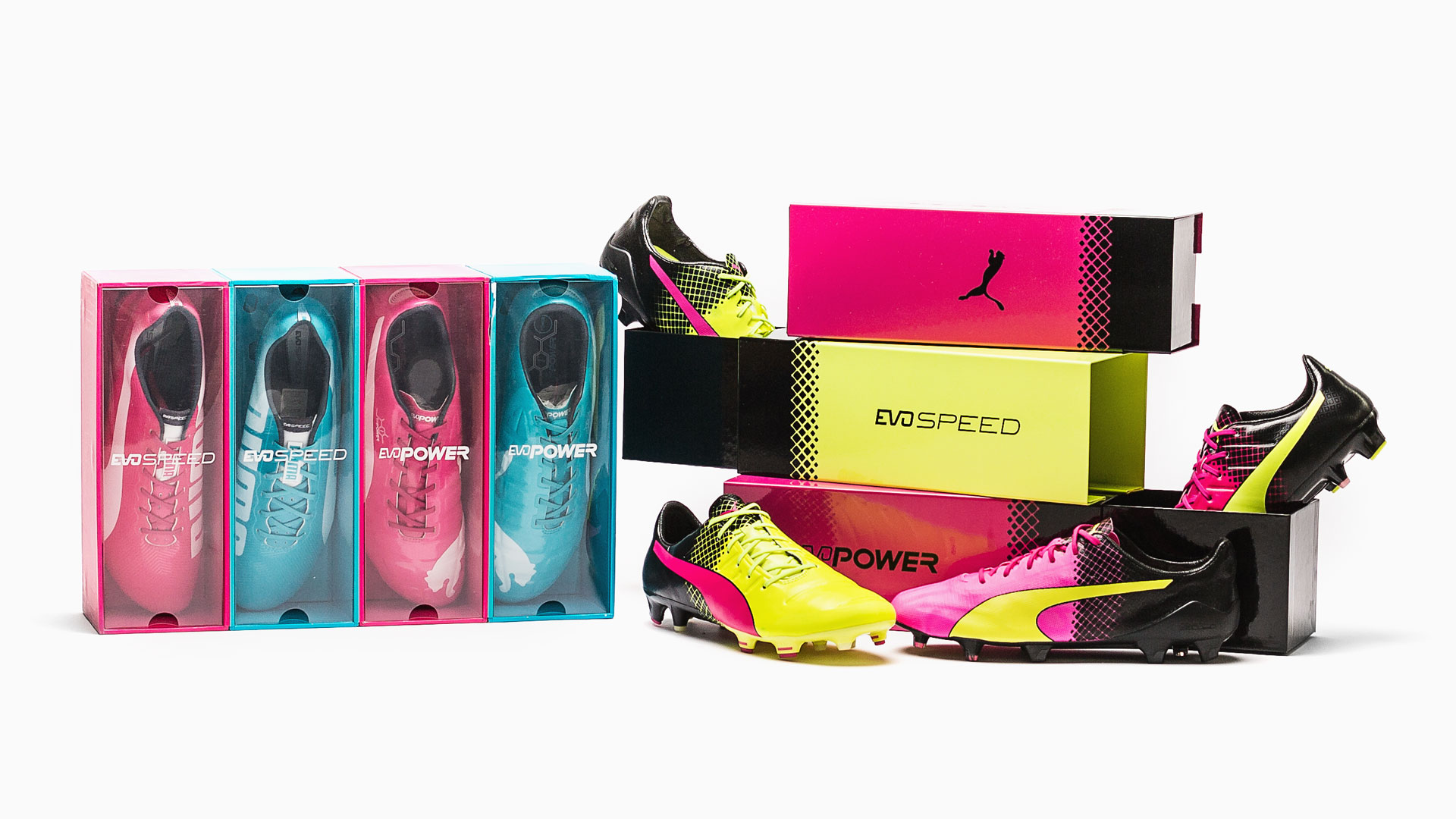 At the 2014 World Cup in Brazil PUMA took that concept to new heights, when they introduced it on the evoSPEED and evoPOWER silos. You can say what you like about the colours, but no matter how invisible Balotelli was during the tournament on the football front, you were never in doubt where he was on the pitch.

In terms of play on the pitch, the PUMA players didn’t do great. It would be harsh to say the boots were to blame, but this year PUMA have left nothing to chance and have upgraded the boots with new generations of the evoSPEED SL and evoPOWER.

The colours aren’t inspired by anything other than wanting to stand out on the pitch - just like in 2014 and in 1998. The question is whether PUMA Tricks can perform magic at this European Championship in France.

You can buy the newest evoSPEED and evoPOWER Tricks right here.