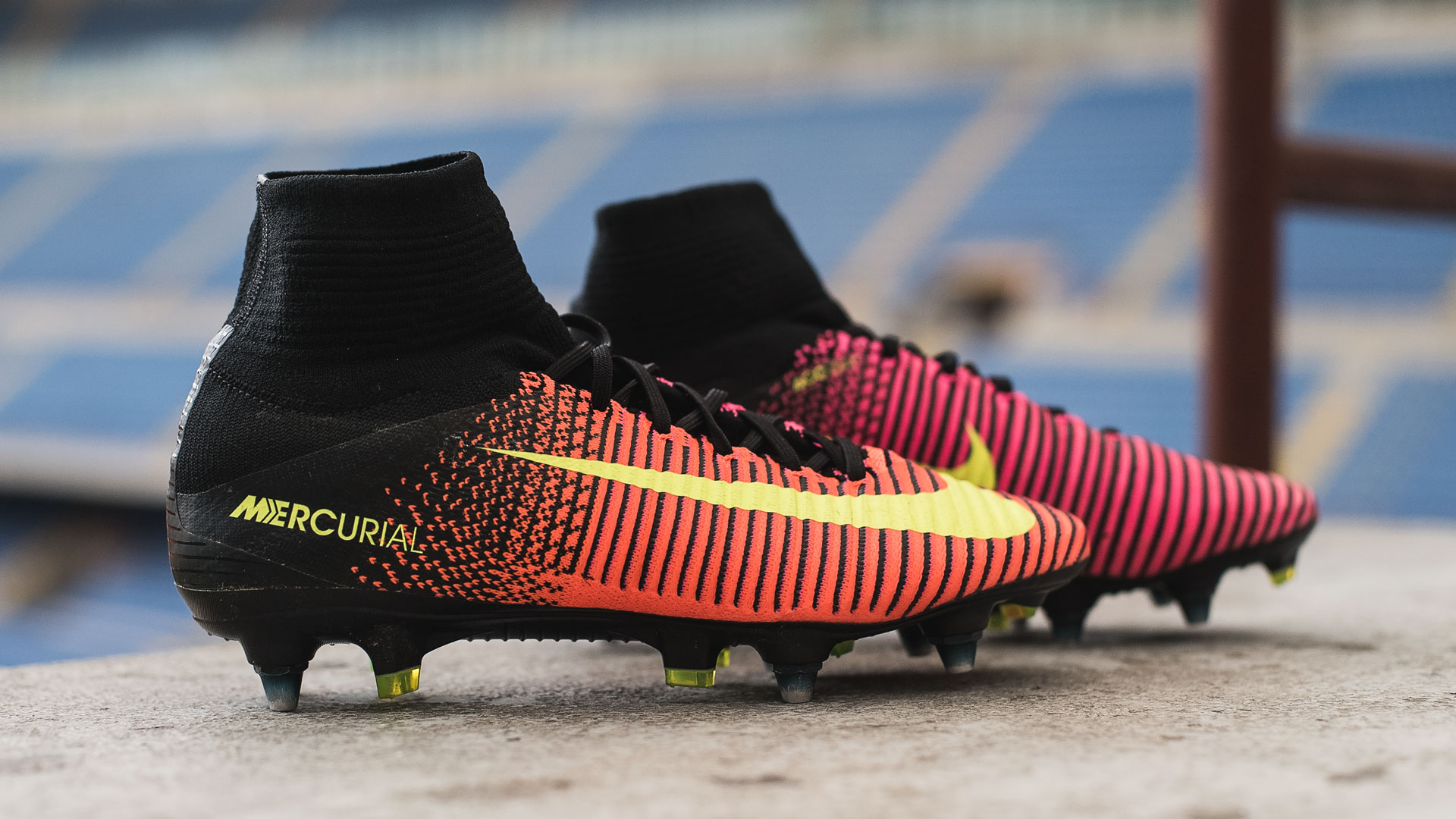 We got a unique opportunity to record our forthcoming review of the new Superfly V at one of the world’s most iconic football stadiums - The Giuseppe Meazza. The review is out tomorrow. Here you can see a few more shots of the boot from the epic location.

San Siro or the Giuseppe Meazza, as it is called by Inter Milan supporters. Countless legends have graced the flawless carpet and influenced the overwhelming surroundings. An iconic stadium that has seen plenty of iconic moments in history, but particularly one stands out and makes the Giuseppe Meazza special in our eyes. This was the stadium that helped forge the destiny of a living legend. We are naturally talking about Ronaldo Luis Nazário de Lima and the Nike Mercurial silo.

Plenty of noteworthy Mercurial players, like the explosive Obafemi Martins, Adriano with the rocket of a left foot and even someone as iconic as Zlatan, have stepped onto the legendary pitch. However, no one will ever compare to El Fenómeno, who was the inspiration behind Nike creating the Mercurial football boot. That was 18 years ago now, and on the 17th of May this year, they added a new chapter to the tale with the Mercurial Superfly V.

You can purchase the new Mercurial Superfly V from 31.05.16. Sign up here.

And Nike couldn’t possibly have written the story better themselves, because in exactly nine days, their current inspiration for the Superfly V, Cristiano Ronaldo, will look to create even more legendary Mercurial moments at the Giuseppe Meazza in the Champions League final. It’s almost written in the stars… Over to you Cristiano.

But before all that, Unisport have already been out to get a feel for the atmosphere surrounding. Last week, our very own legend, JayMike, was at the Giuseppe Meazza and filmed our latest Superfly review. Watch it tomorrow, when he gives his thorough review of the boots from Milan...