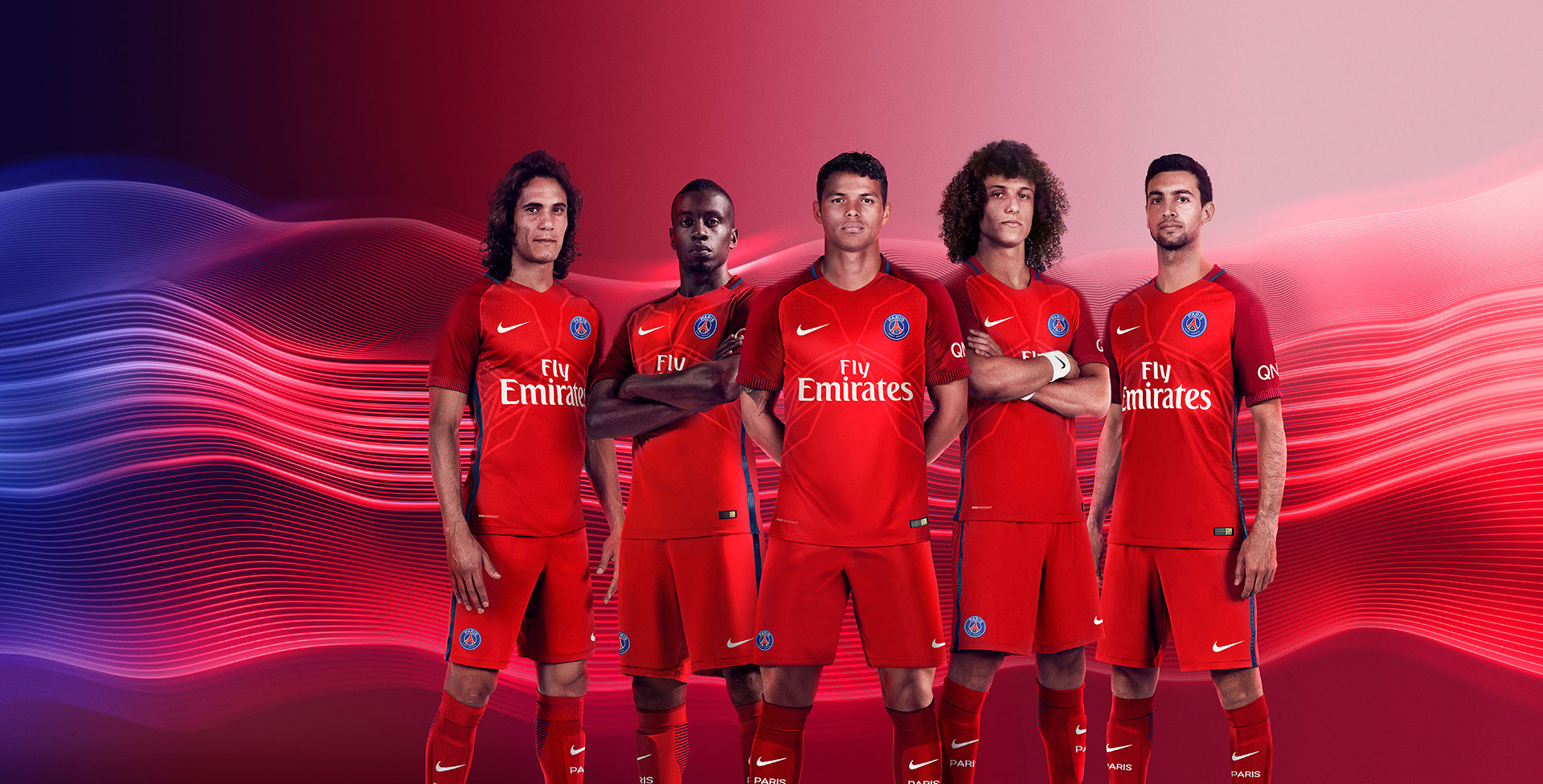 Paris Saint Germain have been presented with a new away-shirt this evening and like so many seasons before, use the three colours that we in the football world, instantly associate with PSG.

The new PSG away-shirt comes in a combination of three colours - mainly red, with blue and white accent tones. The colours are both the colours of the French flag, and the three colours that Paris Saint Germain have worn proudly for many years now. For the club, the colours red and blue are especially important, as they come from the Parisian coat of arms, and represent two of the club’s key values. Blue stands for grandeur while red shows passion.

Nike are never scared to experiment with radical away-shirt designs, but it would appear that Paris Saint Germain feel very strongly about keeping their kits in these three colours. I make it sound like it’s a bad thing, but I actually really like the new shirt. That being said, it would suit PSG to dare Nike to create something a little flashier than usual.