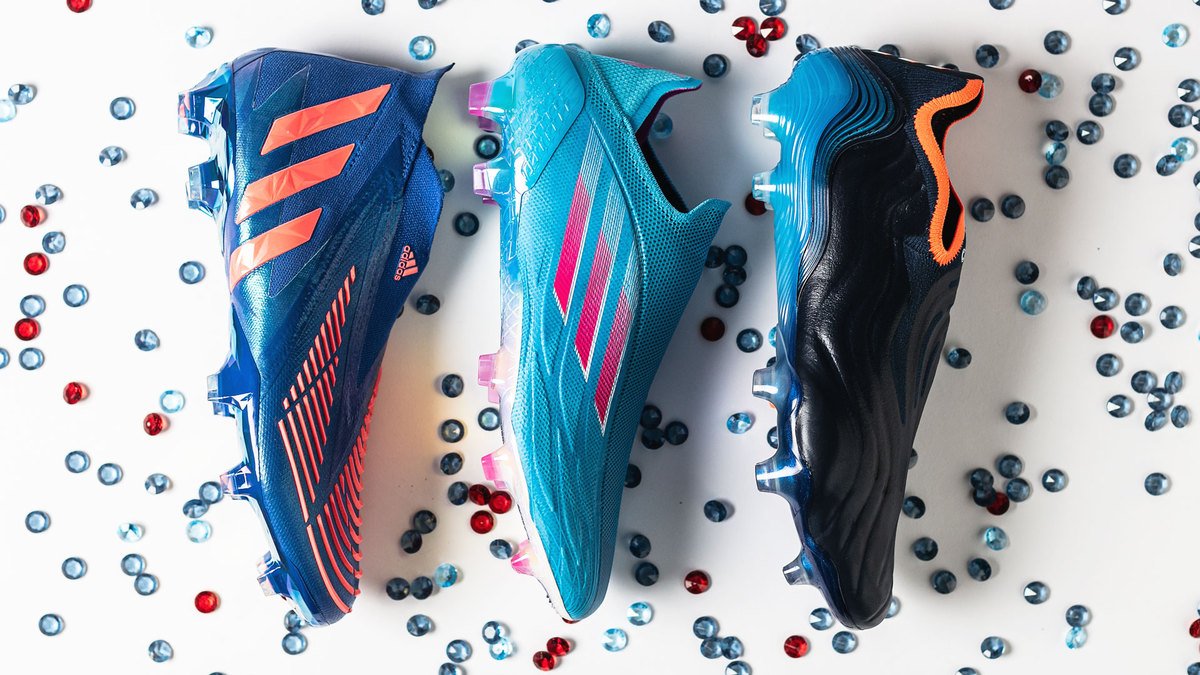 Something new and exciting is launching today and it is coming from adidas. When you hear the name ‘adidas’ you are always sure that it is something completely amazing. It is time for a new Predator silo and we can not get our hands down! Let us take a look at it!

New year calls for new and upgraded silos and this time around adidas are making a completely new Predator - it is called Predator Edge and we were lucky enough to get a 1:1 session with a specialist from adidas where we asked them some questions! But let us take a look at the new Predator in itself and then we will look further into our 1:1 with adidas.

Sapphire Edge is the launch colorway of the completely new adidas Predator Edge. It’s completely redesigned and features a completely new Zone Skin, that will enhance your power and swerve when kicking the ball. It will improve the direct touch with the ball, when dribbling.Besides this, the Predator Edge will also have a completely new look and visual experience. On top the split tooling delivers stability, efficient transition and dynamic traction. And jaw dropping looks, that really makes the Predator stand out of the crowd. The Facet Fit Collar is a 2 piece primeknit collar that is improved from the previous Predators, being highly adaptive and gives a secure lockdown.

In adidas’ own words, this is how they present the new Predator Edge;

- Continuing the perpetual evolution that PREDATOR has become famed for, PREDATOR EDGE introduces for the first time ZONE SKIN – a breakthrough innovation supporting swerve, spin and grip. Strategically positioned rubberized ribs engineered into four control zones across the instep and toe box optimize ball manipulation, giving players a powerful edge and the confidence to push the game forward. [...] The newly developed FACET FRAME on the sole of the boot delivers stability and dynamic traction for powerful movement on the pitch. The frame also features a weighted forefoot piece that redistributes weight toward the front of the boot, optimizing power transfer when striking the ball.

The boot is finished with a FACET FIT collar construction – a premium laceless two-piece PRIMEKNIT collar designed for breathable comfort, easy step in, and secure lock down of the foot during play.

Take a look at the beautiful boot below and we will talk more about it underneath!

We were lucky enough to get a session with adidas specialists and this, in brief, was what we got out of it;

- No mentionable reduction of the weight has been made as the focus has been on fit and control. It is in the same area as the Predator Freak.

So there is no difference in the weight when it comes to the new Predator Edge.

2) You mentioned the Edge effect earlier this morning. Could you elaborate on what it covers, and does it only relate to women's football?

- So the Edge effect relates to the part of being the best version of yourself and having that extra edge and advantage compared to your competition.

With the new release on the Predator Edge, adias wanted to have more focus on women’s football especially with Women’s EURO 2022 coming up. But that is not the only focus the boot will have.

3) What are the main differences between the brand new Predator Edge P+ (laceless) and P1 (with laces)?

- Obviously laces differentiate P+ and P1 but mainly the collar construction and the height of it.Furthermore, the applied effects will be different from the P+ to the P1.

So, the main difference will be the laces. Nothing out of the ordinary.

The Predator Edge boot will continue the legacy of the Predator with a new generation of players making their mark. Predator Edge will be worn by some of the world’s leading players, such as Toni Duggan and Wendie Renard who want to push the game forward.

Take a look at the some of the pictures from our 1:1 session with adidas below