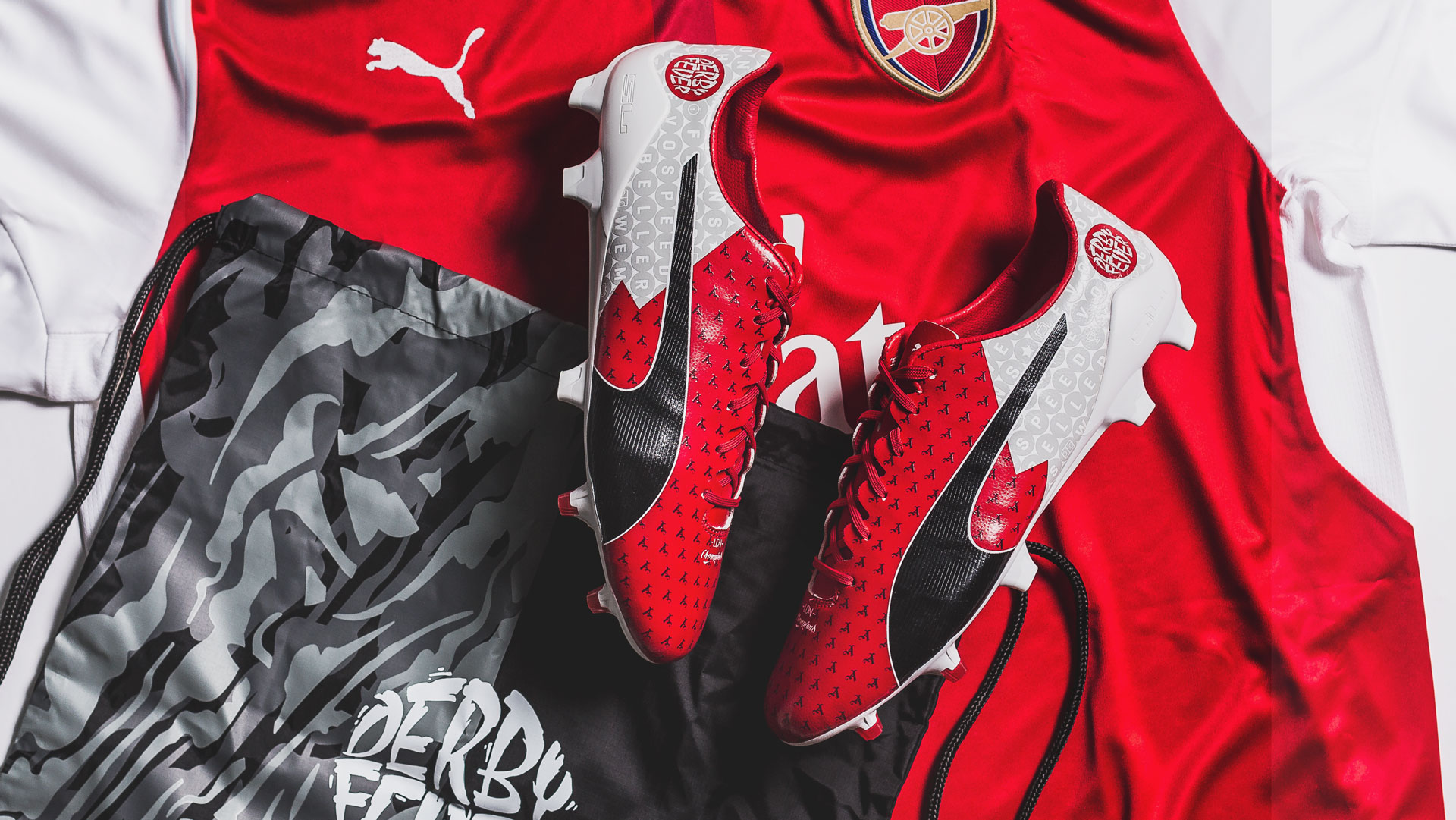 A season definer. A six-pointer. And above all a Derby. This coming Saturday, Arsenal and Chelsea clash and PUMA now celebrate Hector Bellerin with a signature “Derby Fever” boot for the occasion.

The Derby Fever football boots have since their introduction last year been cursed and every player to receive a pair of personal signature boots for a game, has subsequently been injured for the derby the boots were intended for. The curse that claimed Santi Cazorla, Antoine Griezmann and Marco Reus in 2016 now looks like it might be lifted in 2017, because Hector Bellerin has come back from injury last week and it seems very likely that he will be the man to shut down Eden Hazard on the 4th of February. That is naturally only good news, even if watching Gabriel Paulista marking Hazard (yikes) would have been pretty amusing for the neutral.

Not only is it great news for the good people at PUMA HQ and all Arsenal fans around the world, but also anyone who loves football boots. The PUMA evoSPEED 17 SL-S is absolutely full of sharp detailing and you could imagine the ultra fashion conscious Bellerin played a part in the design-process. The front foot is as a result covered in small “A’s”, which undoubtedly stand for Arsenal. “- LDN -” can also be found written across the nose, which again is a show of love for his adopted home-city of London. These are just a handful of the small easter eggs you can find on the boots, so make sure you check out the entire gallery below to fully appreciate how good these are.

When choosing football boots, Hector Bellerin himself goes for the SL-S version of the evoSPEED silo, which is the slightly sturdier version of the boots. Despite being the “bulked up” version, they still only clock in at 146 gram, which is still mind-blowingly lightweight and then they will be quite a fair bit more durable than the regular PUMA evoSPEED football boots.