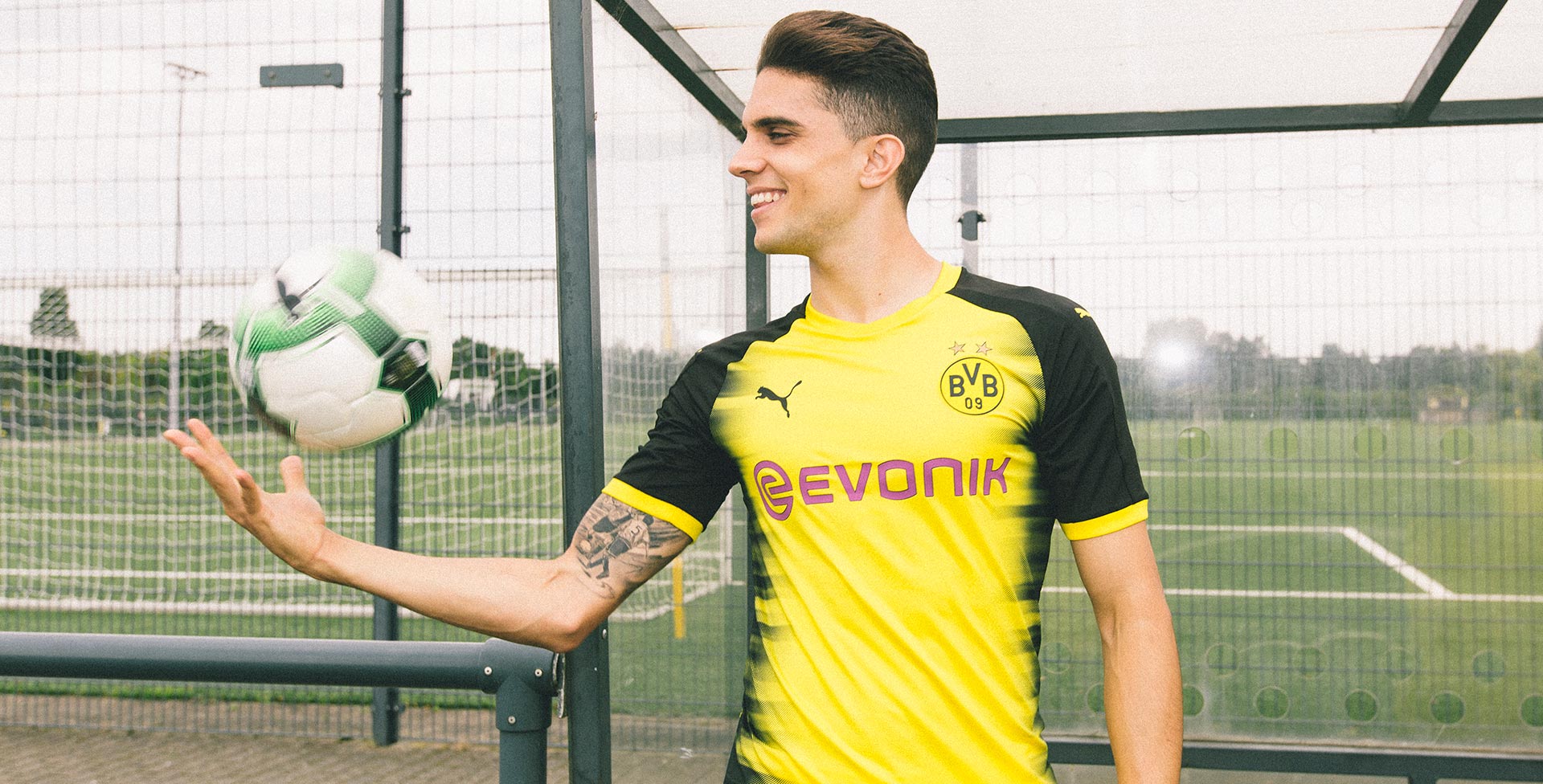 PUMA and Borussia Dortmund have presented the Black and Yellows’ international competition kit for the 2017/2018 season. Check it out below.

In keeping with tradition Dortmund has released a home shirt for the UEFA Champions League campaign. The classic BVB yellow and black dominate the Dortmund 2017/18 Champions League home shirt, so as ever the team becomes one with the famous Yellow Wall creating a seamless force of intimidation and power on the biggest stage.

Dortmund's fast and direct style of play has captivated spectators across the world and attracted an army of new fans. The blurred graphic featured on the kit is inspired by this exciting ‘Dortmund Way’ of football that will create a strong dynamic look under the floodlights of those European nights. PUMA has really nailed this one if you ask me!

You can order the Borussia Dortmund Champions League shirt right here and support the young squad on their hunt for European success.