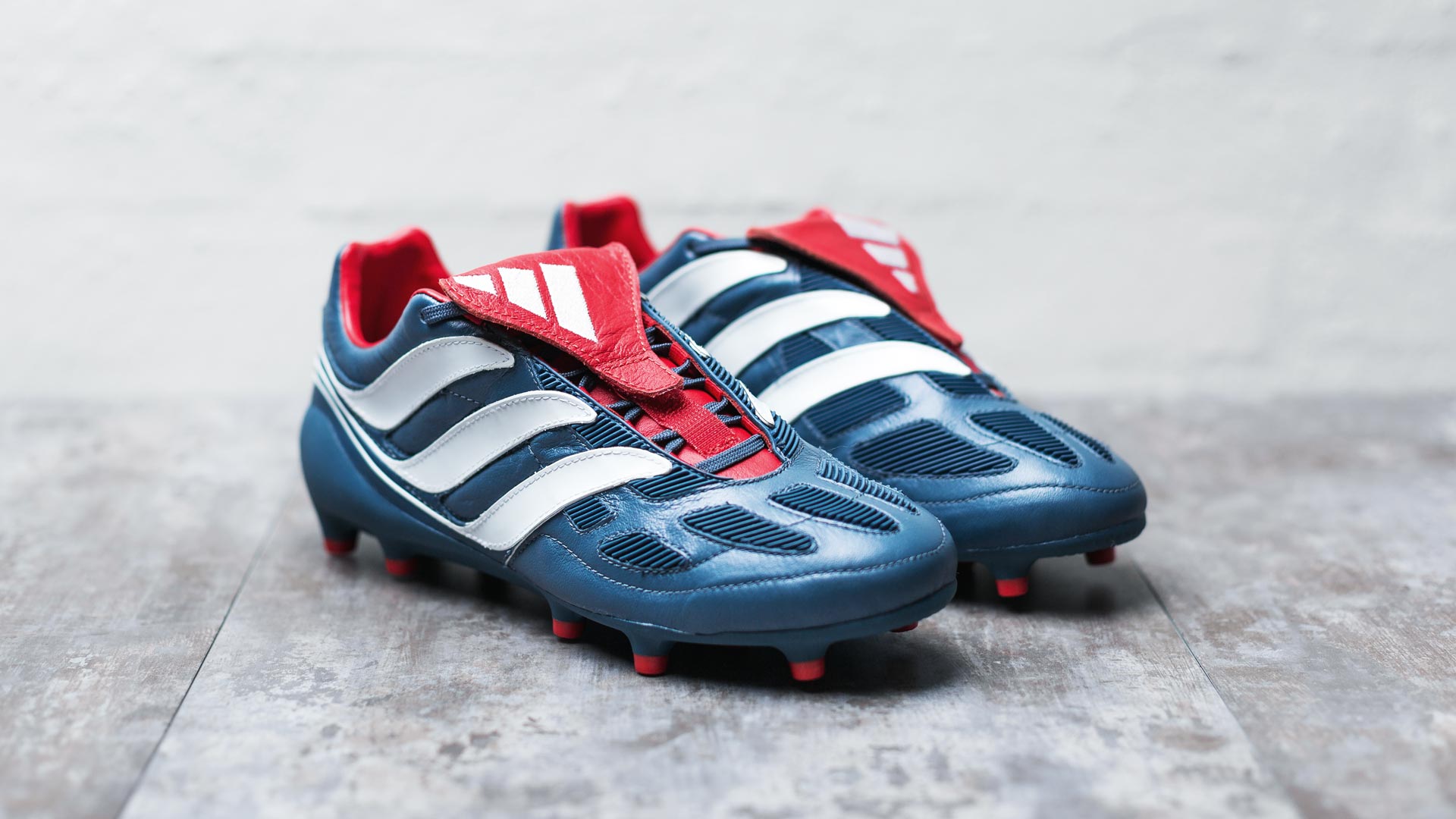 Great news for all nostalgic Predator fans! Honouring the legendary heritage, adidas have presented a remake of the iconic adidas Predator Precision updated for the modern version of the beautiful game. Dig in for more on this Limited Collection launch!

It's almost becoming a trend for adidas to re-release old Predators to honour the silos immense heritage. In 2014, we saw the Revenge Pack, which introduced a similar remake of the famous Predator Mania. And a few months ago, we saw adidas launch a remake of the Mania in the creamy Champagne Pack. A lot has happened in terms of technology since the first remake in 2014, including the modern Sprintframe.

Originally launched for Euro 2000, the black Adidas Predator Precision was worn by players like Patrick Kluivert, David Trezeguet and David Beckham. adidas followed up with a blue colourway, and they now spoil us with a remake of this gorgeous classic, taking us back to the early 2000s.

Tech-wise, the 2017 adidas Predator Precision Limited Collection is a 1-to-1 remake of the upper on the original Predator Precision from 2000. The Precision is engineered with the same kangaroo leather, rubber swerve fins and identical stitching as the original. It also features the iconic red leather fold-over tongue that is kept in place by a velcro tab on the laces for a clean strike zone. Giving you a lighter, more low-profile boot, the Sprintframe sole plate from the ACE17+ is added to the Predator Precision - but it's also the only modern update.

Based on the blue colorway, the adidas Predator Precision features the trademark three stripes in a dominant way, covering most of the outside, while the adidas Performance logo on the tongue is white. This is a must have for every boot lover who misses the good old times where the Predator ruled the pitch. You can just imagine Zinedine Zidane doing his magic when you see this boot.

Get your pair of the adidas Predator Precision right here! Don't expect them to hang around.