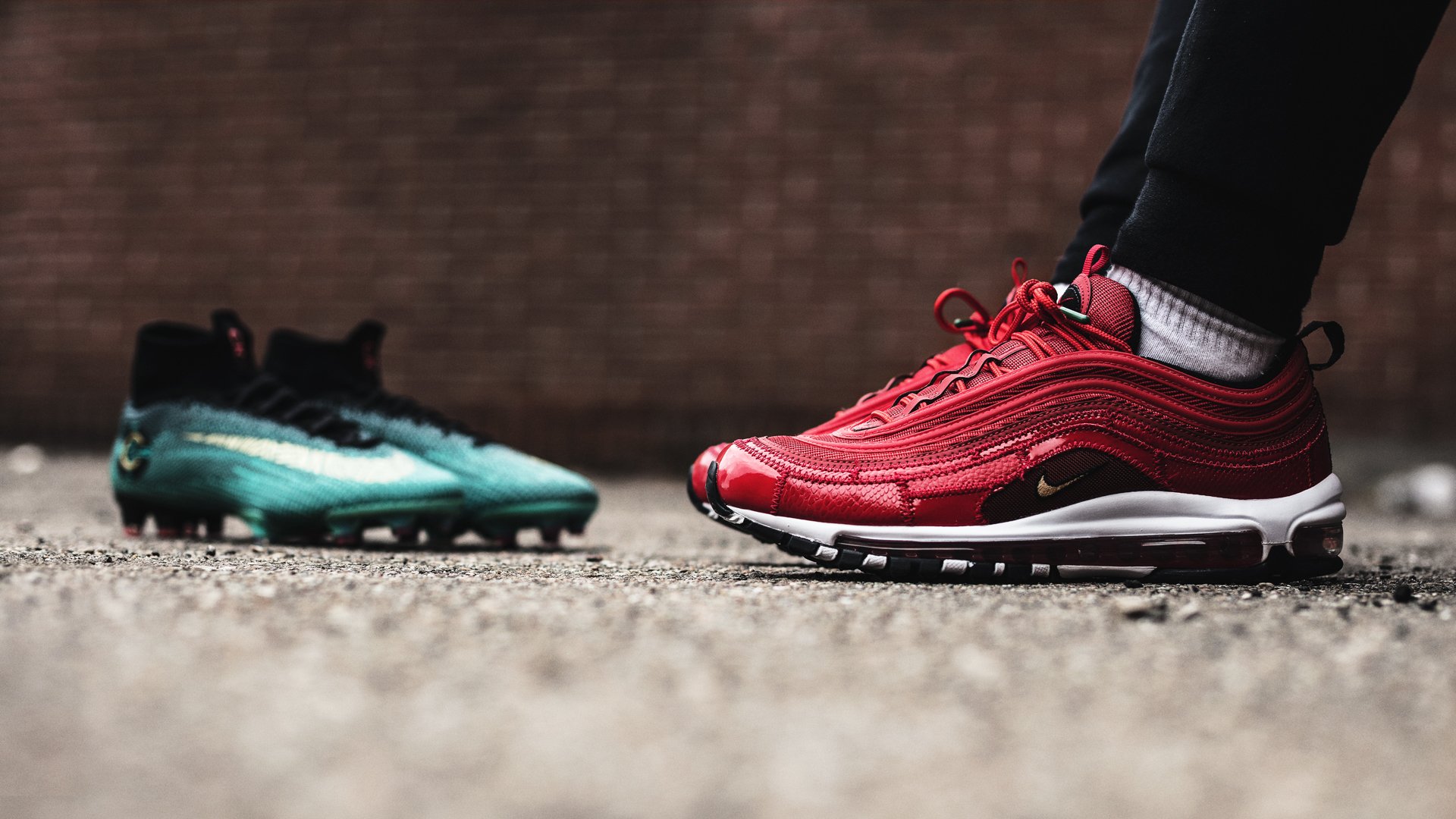 The New Nike Air Max 97 CR7 takes inspiration from Cristiano’s childhood footwear, while also celebrating his greatness on the pitch and beyond. The Air Max 97 is taken to a new level with this new design and has so many great details. Want to learn more about the sneakers and the childhood of one of the best players of this planet? Then continue your reading below.

Many of us might already know the story of Ronaldo, and the long and tough road he has been on to get where he is today. The love and joyfulness he has for football has not really been addressed that much, until now!

When Ronaldo was a young kid he was limited to only having two pairs of shoes. One pair to play in and another pair for school. The school pair was always well kept, while his playing shoes often ended up with holes. This happened after the endless hours he used on the pitch, playing and honing his skills to become better. Every time he came home with new holes in his shoes, his mother would patch the holes. This allowed him to get back on the pitches, doing the thing he loved the most as a kid.

Nike has made this new Nike Air Max 97 CR7 to celebrate his long road to success. The elements of the story has been taking into consideration when designing this sneaker, which just makes it much more special.

The sneaker still has the traditional Air Max 97 silhouette and the well-known Air Max Unit, which gives a superb shock absorption. If you take a closer look at the sneakers, then you can spot a patched design. This refers to the story of Ronaldo’s mother who patched his play shoes up, when he came home with holes in them. Nike has placed different materials which are sewn together. This tells the story of Ronaldo’s play shoe being patched up several times, every time he came home with holes in them. The colour used for the sneaker is the same as seen on the Portugal Home shit. This element, together with the gold CR7 logo on the heel and the green and yellow laces, gives a feeling of CR7’s full story. The elements show where Ronaldo came from, to what he accomplished and lastly where he is today, which is the Captain of the Portuguese national team.

Furthermore, The Nike Air Max 97 Max CR7 will also feature the reflective attribute, which lightens up in the dark, and which also is seen on previous Nike Air Max 97 sneakers. This just makes the sneaker even more CR7-like due to his fondness to flashy and shiny stuff.

International Air Max day was this Monday, but it’s never too late to celebrate it. The sneakers will be available from the 31 of March, so get your own pair right here!