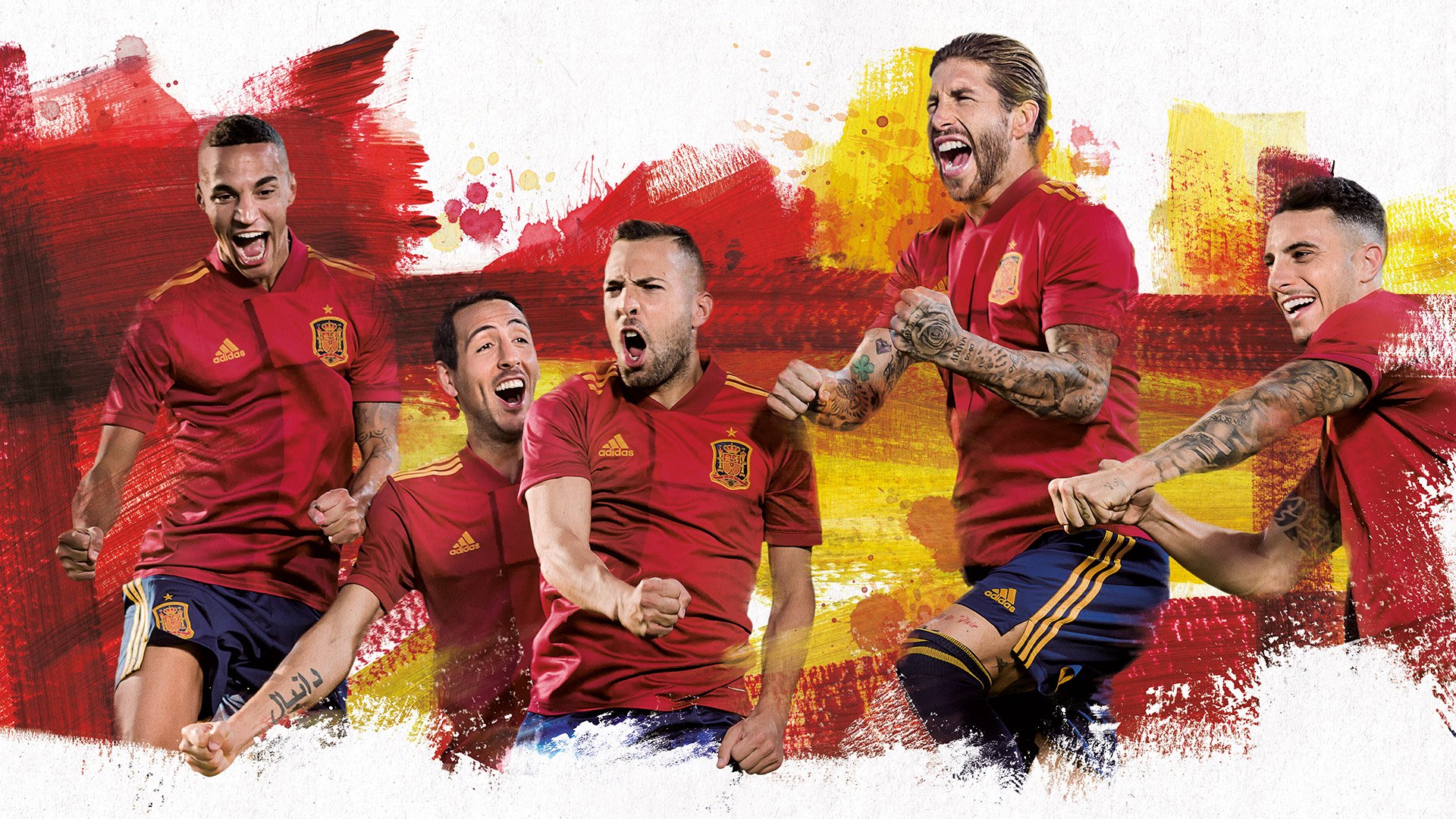 The wait for the summer 2020 in being shortened day by day. And to help all of us impatient people, adidas have just revealed some of the shirts that will be used for Euro 2020.

It’s getting colder and colder all across Europe these days. We put our winter gear on and we can’t wait for the summer to arrive and the Euro 2020 to kick off!

adidas just revealed the official match ball, Uniforia, for all of us last week. And now they’re at it again with a launch of a bunch of shirts that will be used during June and July next year. Let’s take a look at them:

We will start of with one of the big ones. The home shirt for the Spanish national team. Three time champions. The statement for this shirt is “One nation - United under one flag”. Its focus is to unite the Spanish nation. The shirt is born from the culture of the country and from the streets and its design resembles a hand made painting. The graphic is made with a darker red that we usually see on the Spanish shirts, to celebrate the nation’s flag.

Check out the pictures and find the shirt here

We’ll move on to the next one - the shirt for Germany. A proud nation who’ve won the Euro’s three times as well. And this one is quite something. The German national team is undergoing a great change of players these years.

The design consists of horizontal stripes that almost looks hand painted. A classic white base is the main colour of the shirt. A nice detail can be found on the cuff of the sleeves where the German flag is incorporated with the iconic black, red and yellow colours.

Get the shirt for the German national team here

One of the most exciting teams in the past few years have been Belgium. The Red Devils’ new shirt has got a pretty dramatic design. The graphics are made with bold brushes that create a nice effect of bonding - which is the overall purpose with the shirt. adidas wants to tell the story of the unity of Belgium.

Another thing with this shirt is the new crest for the team. The new design is shaped like a “B” and it contains the lettering “Royal Belgian FA - 1895” as a reference to the founding year of the association.

We will take a look at the shirt for one of the biggest European nations - Sweden. They’re best Euro result came at home in 1992 where they reached the semi finals. In 2020 they will try to make a great result again.

As always, their new shirt is yellow with some nice, clean details. The most noticeable is the graphic on the sleeve cuffs. Made with the cross from the Swedish flag in two shades of blue and yellow to create a feeling of national pride.

We’re looking forward to see the Swedish shirt in action. Get your own right now

Talking about big European nations - Russia were the champions of the first ever Euro Cup in 1960. And today they will get their new shirt for the next big tournament. It’s simple but still full of details. The main colour is the classic red. Russia’s shirt for Euro 2020 has a motto from adidas saying: “Art meets sports”. The shirts represent the crossover between the people, football and the Russian flag.

And the flag can be seen on the sleeves with the big cuffs in the blue and white colour to go with the red of the shirt.

Get the Russia shirt at Unisport right here

We will take a look at the last shirt from adidas from this launch. The one for Hungary. The hand painted design refers to the second largest river in Europe - Danube - which goes through Hungary. The river is one of the biggest landmarks in the country. The graphic pattern is supposed to look like the waves of Danube.

Besides the graphic on the front, the shirt is pretty simple with the cuffs being in the same red colour as the base of the shirt. The collar is made in the colours of the Hungarian flag; white, green and red.

You can be a part of the Euro 2020 celebrations with Unisport. Join the party right here!