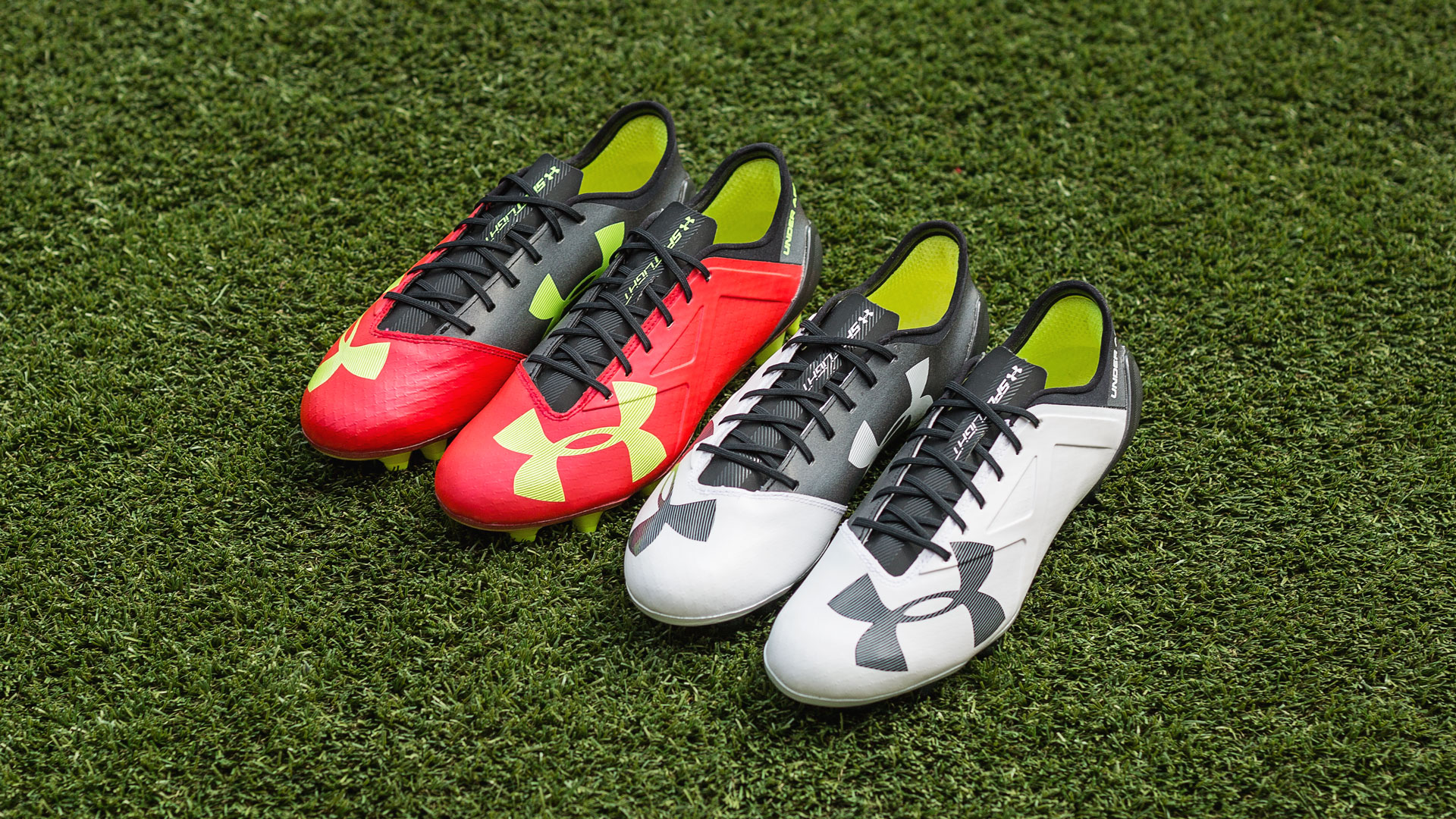 For too long Unisport have been missing Under Armour from our otherwise impressive selection of football boots, but that changes now! And what better time to do it, as the American brand have just presented the all new Spotlight silo. Join us, as we take a closer look here.

For those of you who aren’t familiar with the Under Armour football boot setup, they have two main silos. The Under Armour ClutchFit Force 2.0 is for the versatile player, who uses an unerring touch to pull the strings, while the Under Armour Spotlight is all about speed. In this blog we will be focusing solely on the Spotlight boots, but if you want to know more about the ClutchFit, then keep an eye on the site, because we will definitely be taking a closer look at them too.

The all-new Under Armour Spotlight football boots follow in the footsteps of the Speedform football boots it replaces, but has seen some very key modifications that change the dynamic of the football boots. While the boots are still all about breaking the mould and changing the game, through direct play that unnerves even the most experienced defenders, the new quality of the boots also adds an element of comfort.

You can order your pair of the completely new Under Armour Spotlight football boots right here!

UA themselves have confidently stated that this is the most comfortable speed boot, and after trying them on, I can’t really argue with that. Comfort in a pair football boots comes predominantly from a good fit and making sure you are firmly locked in, which is something new Under Armour Spotlight definitely manages. Both these attributes also happen to improve your speed, so it seemed only natural to combine them in one construction.

The UA Spotlight is made with the SpeedForm upper from the boot it replaces, but the upper has now been made sharper than before, and fitted with the new and perfectly anatomical heel cup. The upper itself is made up of two separate pieces of material, with a supportive synthetic on the lateral side and a stretchier construction on the medial side. Especially the secondary stretchy material adds a very interesting dynamic to the boot, because not only does it give a nice fit around the foot-arch, it also enhances your touch on the ball in a crucial area.

Memphis Depay had a pretty torrid season last year and won’t even be able to redeem himself at EURO16. In the new Under Armour Spotlight he will be looking to do his brilliant new boots justice and rekindle the form we all know he has!