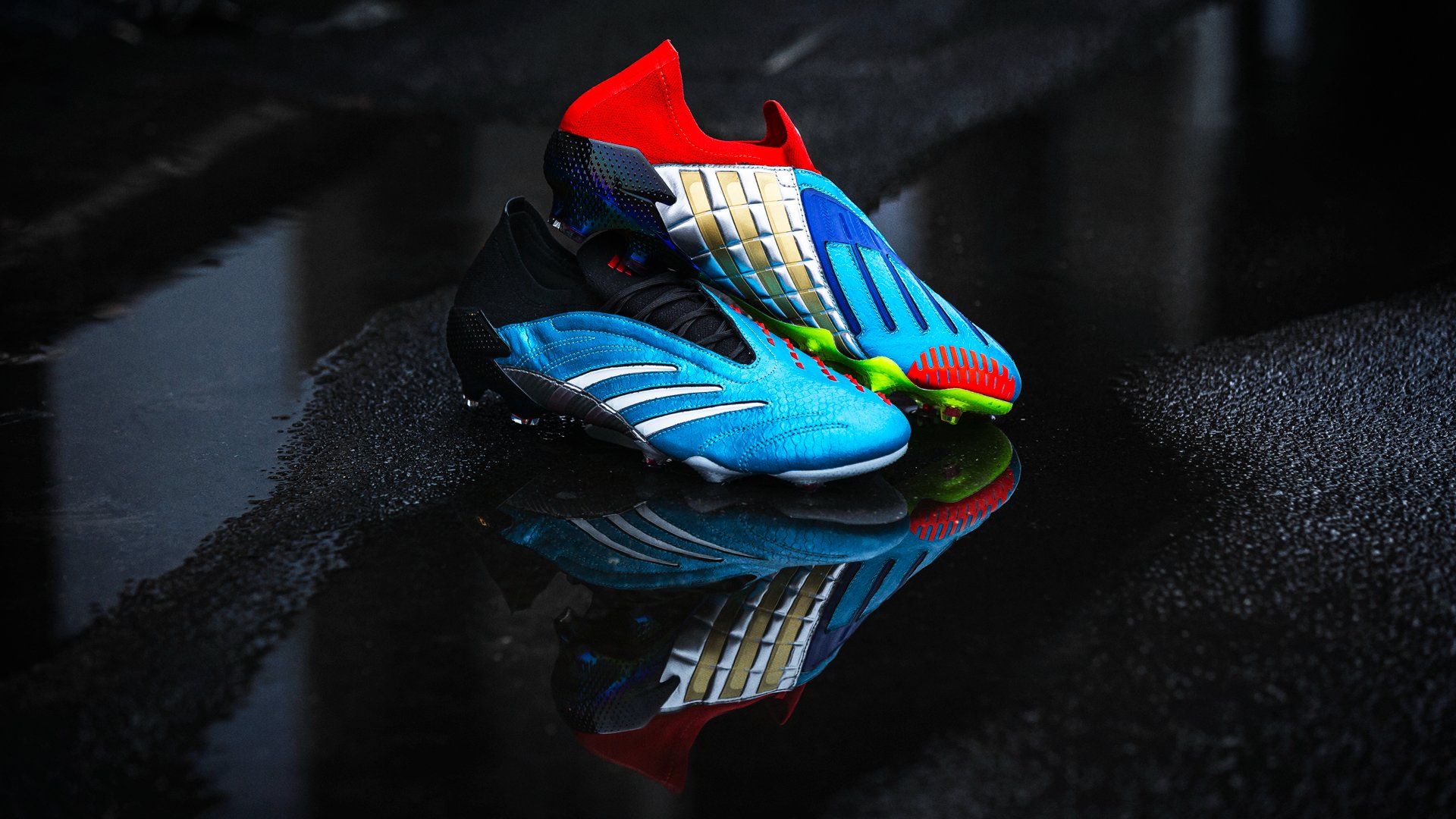 We’ve seen some amazing remakes of the iconic Predator boots in the recent years. And now adidas are ready to take the retro theme to a new level.

2019 gave us some great comebacks for some of the most popular Predator boots ever. We saw the Icon Pack with Zinedine Zidane and David Beckham as representatives. And at the end of the year we met the Predator Mania with Beckham once again bringing his old boots back to life.

Now it’s time to feel the retro vibe from adidas once again. And this time it’s not like anything we’ve seen before - and yet it’s still a comeback to some of the best looking boots ever. Say hello to the adidas Predator Archive

The new boots take several parts and colours from the best Predator boots to create a brand new pair. A pair that consists of two different boots. They both have a sky blue base with elements from different Predators. The outside of the right boot is based on the Predator Absolute which was used during the World Cup in 2006. The inside is made with the cool, silver colourway of the Predator Pulse from 2004. The tongue is made with Primeknit in a black colour and with a gold detail at the tip of the laces.

The left boot has an outside based on the Predator X from 2009 while the inside has an element from the Powerswerve of 2008. The toebox has one of the Lethal Zones from the Predator LZ that was launched in 2012. The tongue on this one is red with silver a tip on the laces.

Both boots have a split outsole which we haven’t seen on the Predator silo for years.

They will release in a very limited amount - on 2000 pairs worldwide! And of course you can get them at Unisport today.

But you have to be quick if you want to be one the lucky owners of what could already be the craziest boots of 2020.

You can get the boots right here