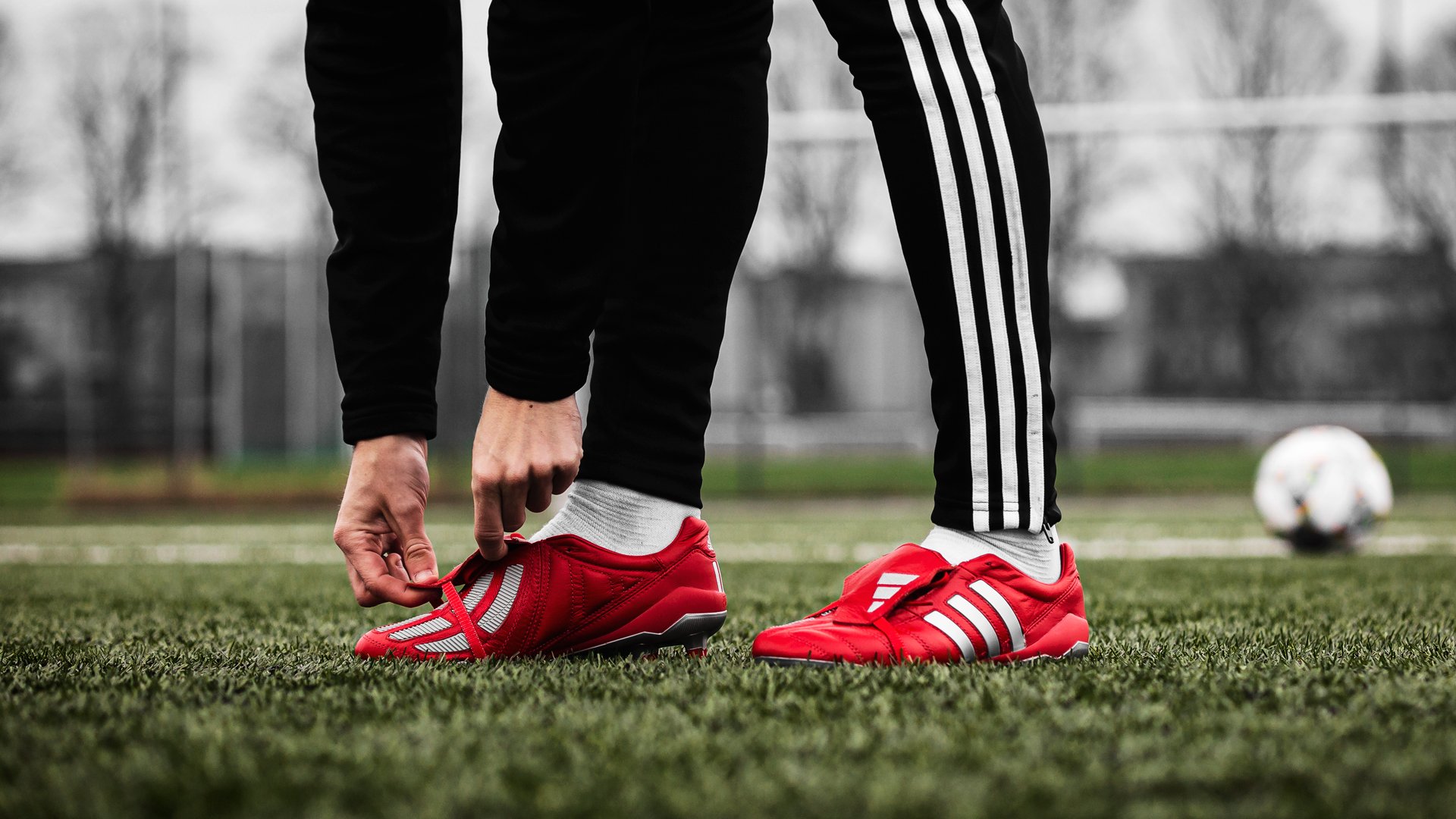 We’ve already seen some retro vibes from adidas this week. But today the OG feeling is complete with a classic from 2002 coming back.

adidas and remakes goes hand in hand. They’ve made quite a few remakes the last few years, including the stunning Icon Pack in the spring. People are missing the OG Predators from the 2000’s and the German brand want to do something for the fans of the classic boots.

So today they’re releasing yet another remake. And it’s quite spectacular. Let’s say hello (again) to the Predator Mania!

The Predator Mania is made like we’ve seen on remakes before. The upper is 1-to-1 compared to the OG version. And then it’s mixed with the latest Predator soleplate to accommodate the players who wants to use them on the pitches around the world.

The upper has the same stitching and the same liner material as we saw on the Mania when it released back in 2002.

One thing that we remember from the old Predators is the tongue. And it’s here as well to cover the laces on the boot. And yes, it has the rubber band as well so you can keep it in place. Just like David Beckham did during the World Cup in 2002.

The rubber elements, or ‘fins’, are the same as the old versions as well. They are molded into the leather and it works as a swerve element to help you control the ball while receiving, passing and shooting.

The outsole is the one that we see on the Predator 19+, so you will get the best modern tooling to go with these retro boots. The colours on the outsole are made to give the illusion of a ‘split sole’ look. Just like the original Mania had as well.

The boots are very limited and adidas will release only 1500 pairs world wide. So you will have to be quick get your pair - either for yourself or give them to someone special for Christmas. And of course you can get them at Unisport.

You can find the boots and pre order them right here