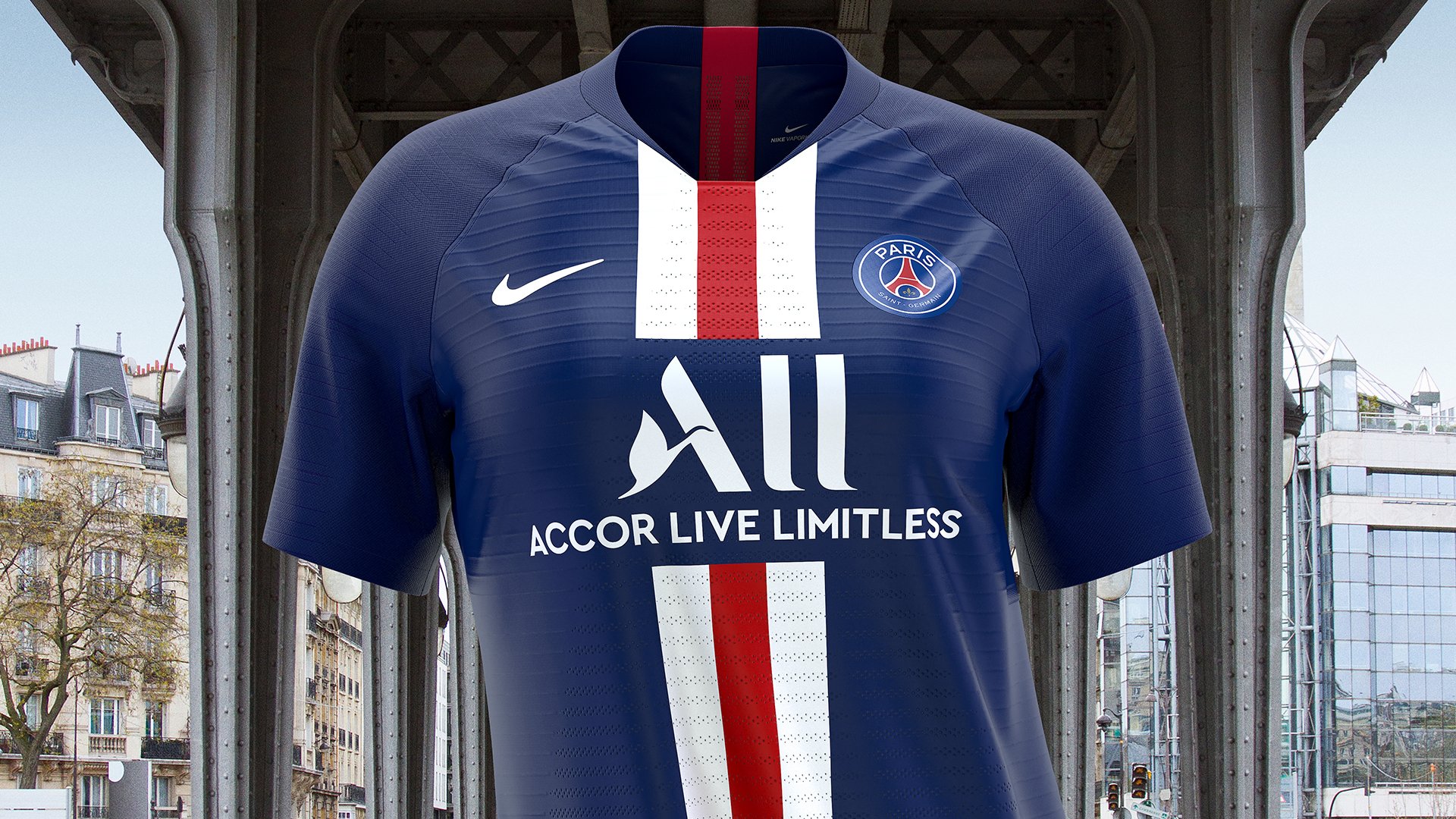 Another year, another trophy has been brought home for the capital club, Paris Saint-Germain – and now Nike is ready to celebrate 30 years of Nike x PSG partnership with the new 2019/20 Home Shirt.

The Hechter stripes might be a synonym for PSG, as they have been featured from season to season, and this season surely isn’t an exception. The red-white-red bars designed by Daniel Hechter – the founder of the club’s iconic stripes, are once again vertically highlighted on the new PSG home shirt, making it loyal to the traditional design. In addition, the three stripes are inspired by fly-high flags on Parc Des Princes and moreover represent three decades of brilliant footballing, which the French Club have shared with Nike.

However, as you might have noticed, the old Fly Emirates sponsor has been replaced with Accor Live Limitless, the new sponsor for the Parisian Club, written with capital letters across the shirt. The color of the shirt itself in the latest design is the usual navy, with the Nike brand logo being white and the traditional blue-red-white PSG logo placed on the left side of the shirt, as always.

In rounding of the new PSG home kit, there are furthermore details to been found on the new home shirt, which is the French flag modestly being placed on the sleeve cuffs. With regard to the shorts and socks, no ground-breaking change has taken place, as it is the basic navy color.

We hope you are as excited as we are to see Mbappé, Verratti and the rest of the Parisian squad play their home matches in this classic new home shirt.


Celebrate and get your PSG home shirt here