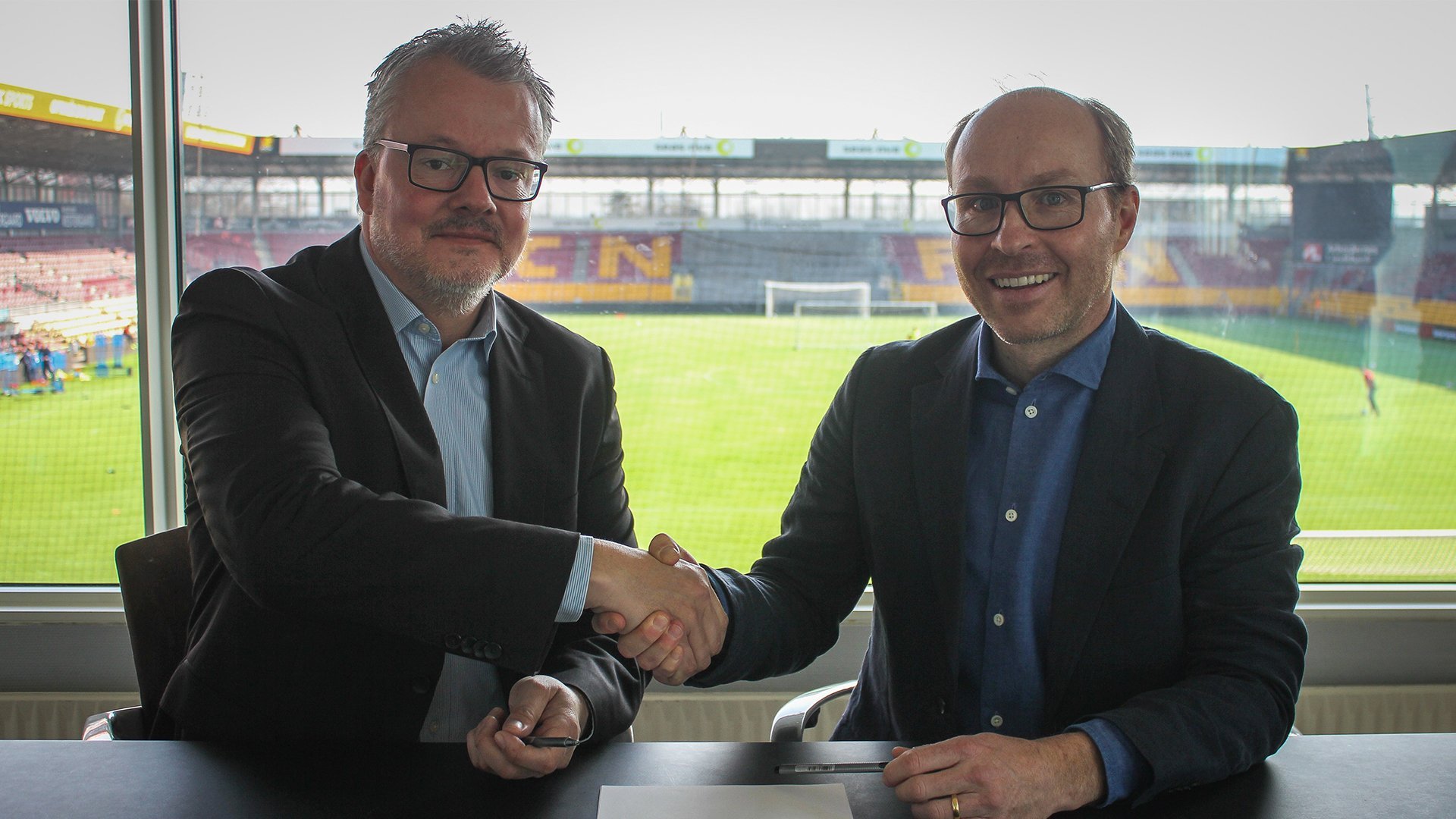 As Unisport has grown and developed, we have welcomed several new partners to our football family. In 2021, Liverpool FC signed Unisport as an official retail partner. In 2020 alone, we have entered new agreements with the football federations in Denmark (DBU) and Norway (NFF), and Danish top clubs FC Copenhagen, Odense Boldklub, and FC Nordsjælland. Learn more about our key partners.

A partner for ALL football lovers

Playing in a club is the definition of team spirit and this is a feeling we want to make accessible for ALL football lovers! That’s why we have more than 75 partners that include everything from casual mini league teams to some of the biggest clubs and federations in Scandinavia.

Ahead of the 2021-22 season Liverpool FC signed Unisport as an official retail partner. As a football retailing specialist with a strong global presence, Unisport will work closely with the Reds, enhancing the club’s marketing and retail distribution in Europe.

Mike Cox, Senior Vice President, Merchandising, Liverpool FC, said: “ With a strong fan base in the Nordics and Central Europe, Unisport is an ideal retail partner to provide the LFC retail experience to our supporters in this region.”

Unisport takes pride in being an official partner to the Danish Football Union (DBU) and the Norwegian Football Federation (NFF) - some of the earliest founded football federations in the world.

DBU and NFF are leading Scandinavian football towards a bright future. Exciting new players have already made their way to the main stage, while a new generation of superstars is in the making.

Since 2020, Unisport has been an official partner of the DBU Football School. The collaboration is aligned with Unisport’s vision to help and inspire young football players to reach their full potential. Michael Burk, CEO of Unisport, emphasized the importance of the Football School: -“This is where the seeds for an exciting football future can be sown, and where both adults and children can share great football experiences.”

In neighboring country Norway, a strong football culture has paved the way for a new generation of talented players. Since 2020, Unisport has been a strategic partner for NFF in promoting and developing the Norwegian football culture throughout the country. As part of the agreement, Unisport facilitates the handling of NFF products, which includes the sponsoring of referee equipment across the four best divisions in Norway.

In September 2020, Unisport was pleased to announce a new partnership with adidas and FC Copenhagen.

Unisport’s captain Michael Burk was not in doubt when he called FC Copenhagen “the most successful Scandinavian football club in recent years.” The results speak for themselves. Only founded in 1992, The Lions have won multiple league titles, and have reached the Champions League group stage and knockout stage more times than any other Danish club.

With the help of Unisport, The Lions have gained increased exposure through our FC Copenhagen shop and flagship store in Copenhagen.

It all culminated for Danish top club FC Nordsjælland (FCN), when they won the 2011/12 Danish Championship, resulting in direct Champions League qualification.

Since the historic milestone, The Tigers have been a consistent contender at the top of the league, entertaining us with creative attacking football. What’s most impressive though, is that the club competes at the very top with an exceptionally young team.

Right to Dream Park is the name of the home ground and making dreams come true is exactly what FCN is about. Investing heavily in their youth academies in both Denmark and Ghana, FCN gives equal rights for young players to reach their dreams - something we at Unisport are proud to be part of.

Since the 2019-20 season, Unisport has been Official Retail Partner for FCN . Søren Kristensen, CEO of FCN, called it: -“ a unique partnership that supports our mission to give more incredible young people the right to dream on and off the pitch.”

The agreement represents the shared vision of Unisport and FCN about making football dreams come true.

Joining forces with “The Striped”

Odense Boldklub (OB), one of the biggest and oldest clubs in Denmark, wrote themselves into the history books when they produced what became known as “The Miracle in Madrid”. One December evening in 1994, the world was stunned, when “The Striped” sent European giants Real Madrid crashing out of the UEFA Cup with a 0-2 defeat. David had slain Goliath, causing one of the greatest upsets in European football history.

More than 25 years on and “The Striped” fans remain as proud as ever. As one of the most passionate fan bases on Danish ground, it is no surprise that there is a consistent and increasing demand for OB merchandise.

Since a commercial partnership was signed in August 2020, Unisport has been in charge of the official OB online fanshop , expanding a wide range of merchandise and it’s availability. Thereby, Unisport will assist the club in spreading the unique OB fan culture.

Few clubs have yet to reach a 100th anniversary; this is a reality for Danish club Lyngby BK (LBK) in 2021. As official partners, Unisport and adidas will deliver the characteristic royal blue anniversary jersey - symbolizing 100 years filled with emotions and fantastic achievements.

Our long-lasting partnership with “The Blue Vikings” is one of our most appealing success stories. With an additional four-year agreement, Unisport and LBK can celebrate a 10th anniversary as partners in 2022. Thereby, Unisport will continue to take part in a proud historic club’s successful journey that continues to flourish.

Join our more than 75 partners today!

While we do work with some of the biggest clubs and associations in Scandinavia, our vision is to be a football partner for everybody.

Exciting times lie ahead and we hope that you want to be part of it! Want to become a partner? It’s very simple: As long as you love football, as we do, you can join our more than 75 partners today!