In connection with our trip to Paris and the Mercurial-event, Jakob had a little chat with Footwear Product Director at Nike football, Shawn Hoy. Here the two boot fanatics talked about what Shawn calls the best job on earth, why the waiting time at parking lots is important to the Vapor IX and much more. - Read along. 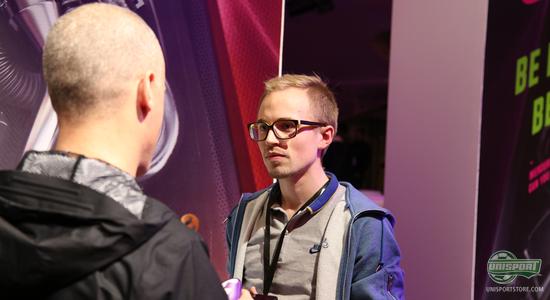 Unisport: Yeah Shawn, thanks for joining us first of all. Could you start off by telling us about your role at Nike?

Shawn: So, I am the Footwear Product Director, so really my job is, quite simply, my job is to go out and talk to the athletes and get insides from them and be inspired by them and make sure that those insides and inspirations make their way back into the product that we create. 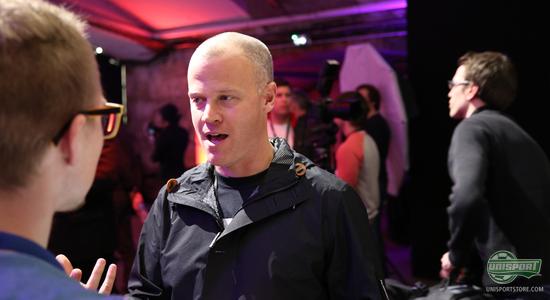 Unisport: So what was your role in connection to the Vapor IX?

Shawn: In early days my job was to create the brief. What are we trying to deliver, both from a performance and a design/innovation perspective. So that is really my job to create that brief. And then we have design and engineering and development teams actually go and execute the actual creation of the product. And then we come back to the brief at the end and say, 'is this what will really hit the mark for this particular athlete?' if we go back to those original insights. 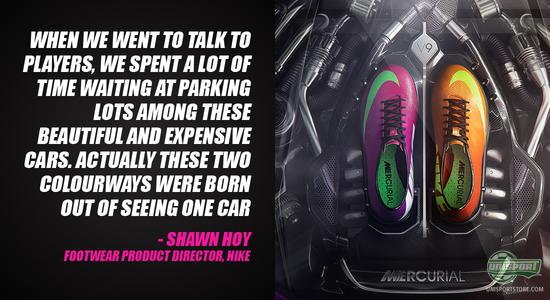 Unisport: So you're the guy who goes and figures out what the boot has to be all about?

Shawn: Yes, I'm very lucky. I may have the greatest job on Earth. But yes, my job is to go out and sit with athletes and understand How can we make you better?. Not only how we can make the boot perform better, but how can we make you feel better wearing it. How can we improve the aesthetics and how can we upgrade the performance. So it's a good job. 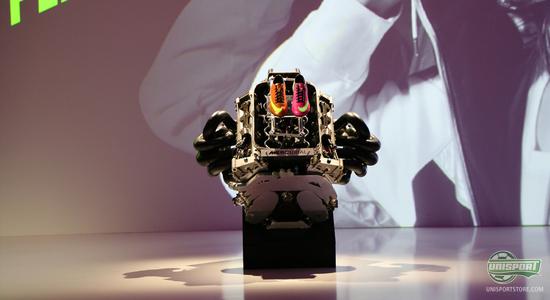 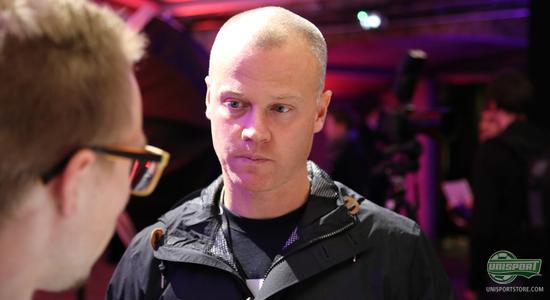 Unisport: Speaking about the aesthetic side of the Vapor IX you actually changed quite a bit from the Vapor VIII  it was a pretty minimalistic boot, but this is, well, quite bold. Why did you do that?

Shawn: Because that's who we are. That's Nike, right. We're always changing. Really it comes from the inspiration  as I mentioned we spent a lot of time waiting at car parks and parking lots, waiting for players a their training ground. But actually these two colourways were born out of seeing one car. There was this one really beautiful, very fast car.

[Which one?] Unfortunately I can't say the name  legal prevents me from saying the name. But, just a beautiful, beautiful pink car and there was one small orange accent on the wheel and the design team immediately picked up on that picture and said You know what, we're going to pull these two things apart and we're gonna have an amazing pink and then we're going to use the sunset colour and have an amazing sunset colour. And it's quite amazing that one car births two amazing colourways on a boot. 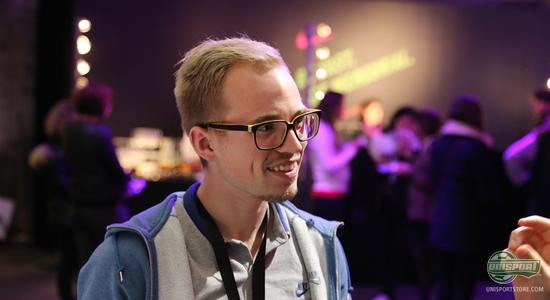 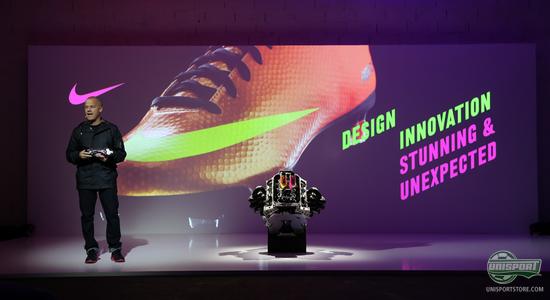 Unisport: When combined they look pretty cool as well... So, you had the Vapor VIII, that a lot of people deemed the best Vapor ever. How do you begin designing a better boot? A new boot?

Shawn: I think what we start with is really understanding 'what worked'? So there are things we learned from the Vapor VIII that we carried forward to the Vapor IX. We learned really important lessons about traction and I think we learned incredible lessons about fit. So the idea of football technology getting as close to the foot as we possibly can. And then the place where you see the biggest difference; we really learned a ton of lessons around fit and touch as it relates to the material.

So using that really really soft synthetic again to sort of mold to the foot. But then augmenting that, with this golf ball dimpled RP with the idea of like really fast and light footballer dynamics and then on top of that in the IX this ACC  again - and it's really taking what you know is fantastic and then trying to make it better and then identifying some spots where you'd say, you know what, we can really take this to the next level. 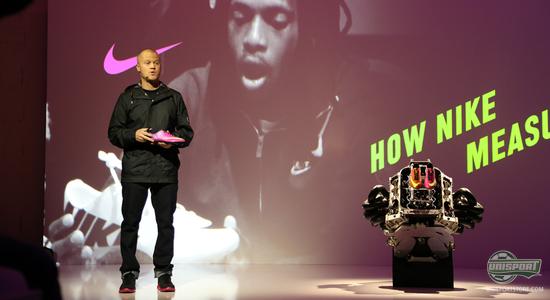 Unisport: As you mentioned the really big improvement on the Vapor IX was the Speed Control technology and that was pretty much it to be honest. Why was that the only thing you changed? Was the Vapor VIII so great?

Shawn: If you think about the step from the Vapor VII to the VIII, that was a revolution. So every element of that boot changed. I think going back to the idea of let's learn from what works and continue on and then let's look at opportunities where we can really improve the boot and we felt that from a traction perspective it was a really big move forward and from a fit perspective it was a really incredible move forward.

So really it came down to this idea of fast and light all conditions control  how can we deliver that using the upper. So that ended up being the place where we really focused for the update to the IX. 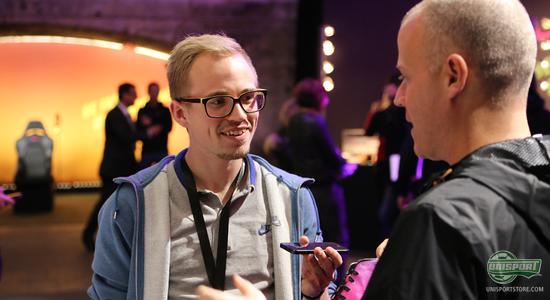 Unisport: With all the innovations going on at Nike. You bring out a lot of boots and lots of new technology. How do you keep track of everything?

Shawn: I think in terms of pushing innovation  the guys you just saw on stage (Zlatan and Van der Wiel)  they push our innovation. The conversations with Zlatan and with Gregory; trying to understand how do we make you play better. They push us. Because they're constantly asking us; Can you make it lighter? Can you make it fit better? Can you give me a 100% no-slip as for traction. They're certainly the ones that help us drive forward our innovation. 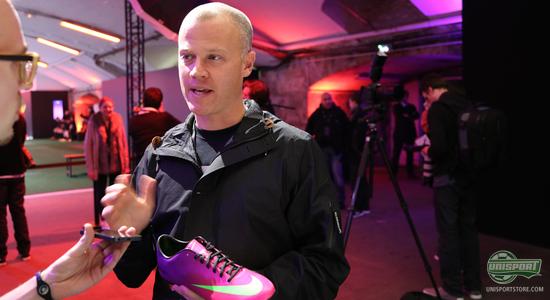 Unisport: Can you tell me what is a Mercurial player?

Unisport: I agree. I also agree that the Vapor IX is pretty much the best boot I've ever played with, it's amazing. But will I be even more amazed in the future?

Despite our interviewer Jakobs best attempts, Shawn was reluctant to divulge any information, as to what the future hold and we will therefore have to wait and see what Nike bring us next. On the other hand Shawn told us plenty of other exciting things, about the thought process behind the Vapor IX  and we hope, that the interview gave you greater insight into how the boot came to be. Have you got any comments or questions to what Shawn tells us, we would love to hear them in the box down below.