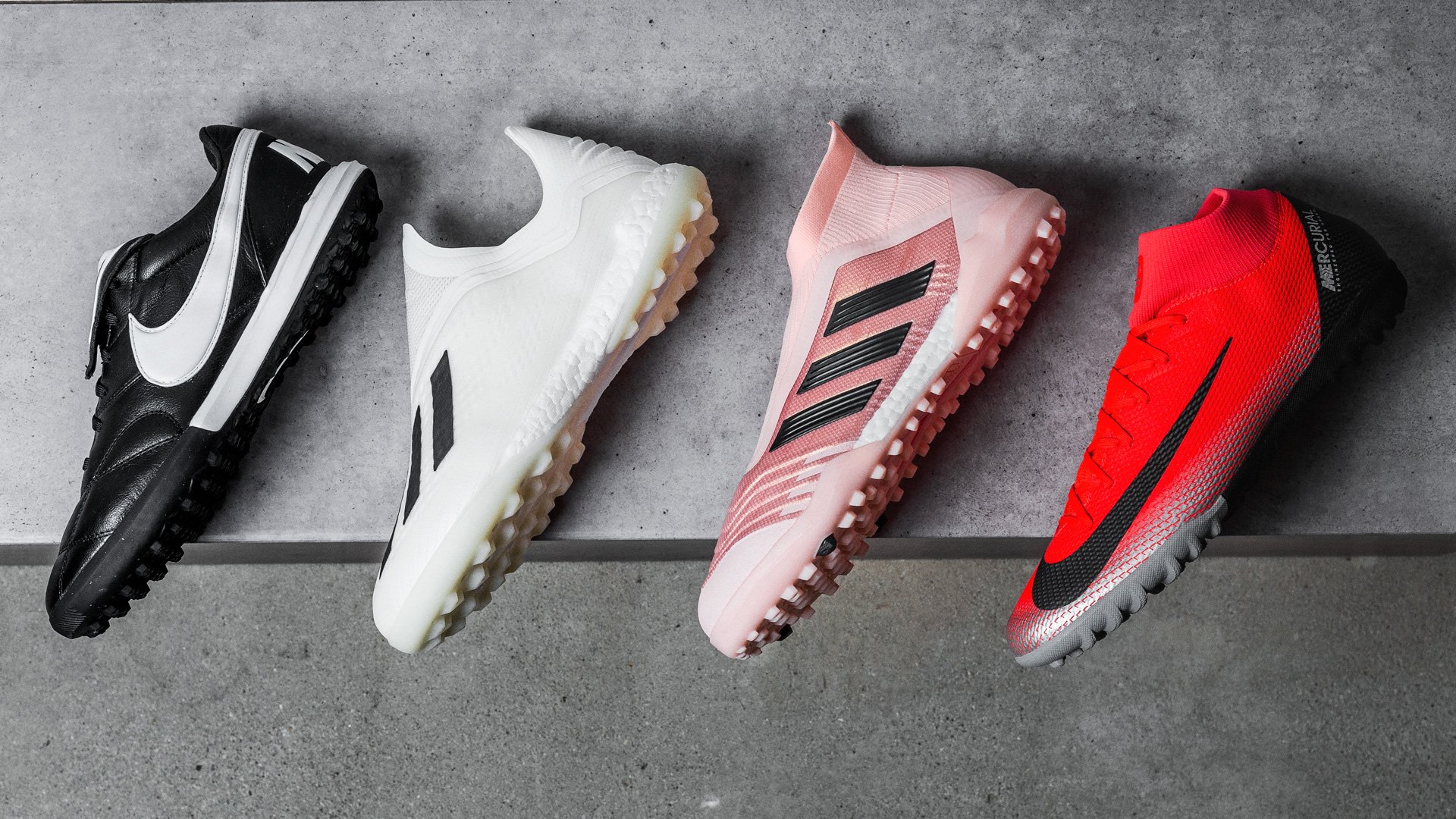 Turf boots are one of the type of boots that aren’t used as frequently as FG or AG boots. You might not even know what to use them for, or why you should get a pair, but they can get pretty handy during the winter.

Lately we’ve starting putting a bit more focus on the winter and training during the winter. This makes a lot of sense for us living in the northern part of Europe, well since the winter has somehow already started. This means that many of our grass pitches are getting closed, and we are moving over on the artificial pitches. Many countries have already upgraded to new generations of artificial grass pitches, but some still play on turf pitches or older version of artificial grass, where AG boots isn’t the best option. And that’s where turf boots comes into the picture.

Turf boots often comes as a TF version of the most popular boots, which means the upper of the boots offers you the same technologies as the FG or AG boots. The difference all lies in the durability and design of the outsole of the TF boots. TF boots comes with a very robust and durable rubber outsole, due to you usually play on harder surfaces than AG or FG pitches, and this can damage your boots, if you don’t use TF boots.

The boots also comes with more and smaller studs, than regular FG or AG boots, and this is due to the hard surfaces. It can be hard to get a good grip on hard surfaces, and that’s why the small rubber studs is the most optimal studs configuration to use. Furthermore, the durability of the TF boots will not make them get damaged as quickly, as if you use your FG or AG boots on these hard courts or pitches.

If you’re uncertain on which pitches the TF boots can be used on then let’s summarize quickly. The TF boots are most optimal to use on turf pitches, hard courts and older generations of artificial grass. But they can also be used on newer generations of artificial grass, but you might tend to lose some grip, due to they are more slippery and comes close to replicating grass pitches.

We always have a large selection of TF boots from different brands, so you can get your favourite boots made for TF aswell.