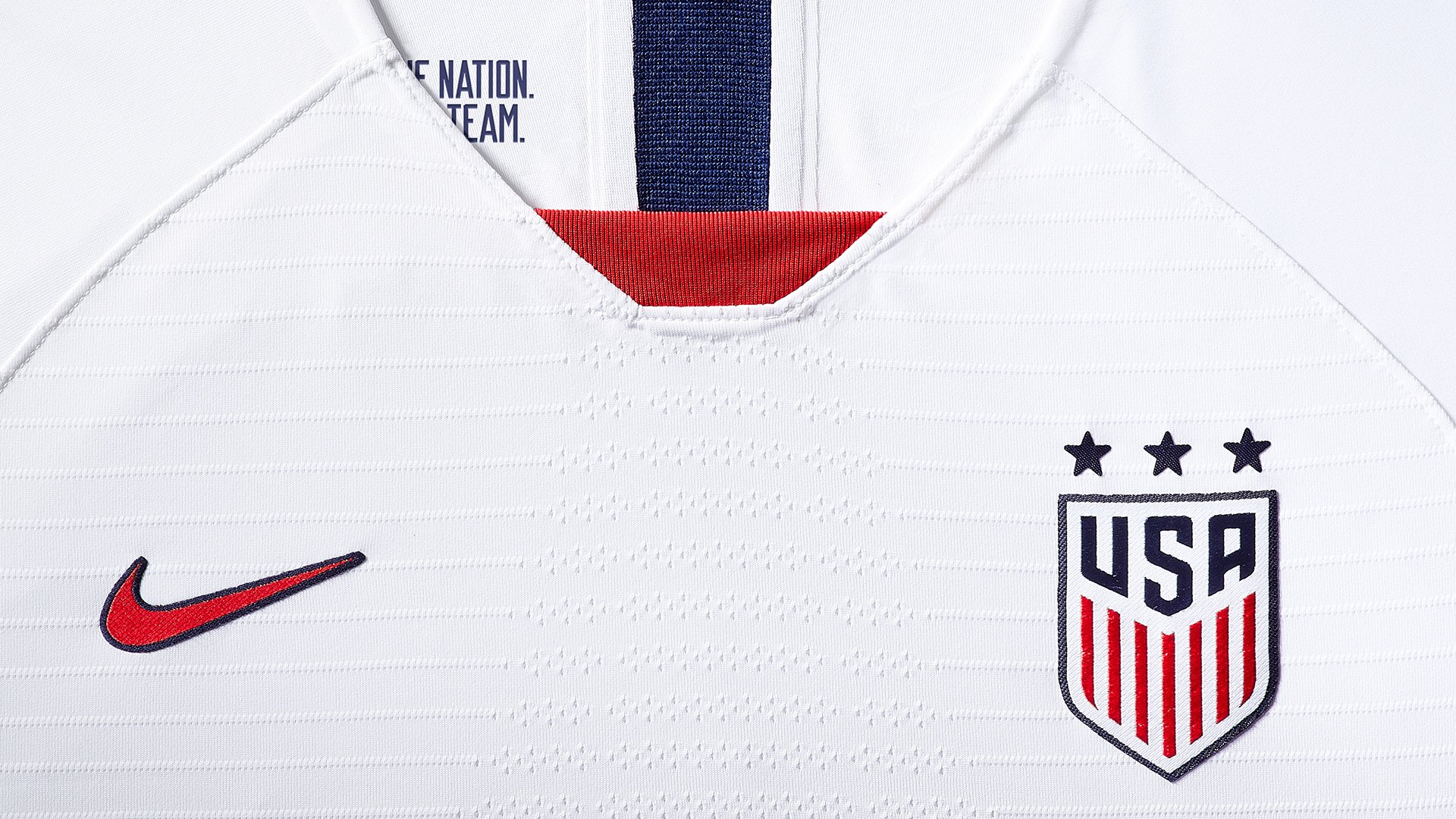 USA’s national team for women is unquestionably the most successful women's soccer team, in international football and world cup history. Team USA as they are called, have won no less than 3 World Cups, 4 Olympic Gold medals, 8 CONCACAF Championships and a whopping 10 Algarve Cup gold medals. So needless to say, Unisport believes the US women’s national football team is among the favorites for the 2019 FIFA World Cup, hosted in France.

Despite only playing their first competitive match in 1985, the USA female national soccer team has fostered quite a large number of great players over the last 3 decades. Players such as Kristine Lilly, Abby Wambach and Hope Solo. But also names like Mia Hamm and Michelle Akers, which by the way, were the only two women to make Pele’s list of 'the 125 greatest ever football players alive' in 2004.

The current team's biggest stars is without a doubt are Alex Morgan, Carli Lloyd and Julie Ertz. The first two are co-captains, with all three being some of the more experienced players that have been picked for roster, leading up to the 2019 FIFA Women’s World Cup.

In 2015 Carli Lloyd became the first ever player to score a hattrick in a Women’s World Cup final, with USA beating Japan in that final. And to be fair, she was actually only the second ever footballer to score a hattrick in a FIFA World Cup Final - with the first being Geoff Hurst. Carli Lloyd has capped more than 270 appearances for the USA’s women’s soccer team, scoring 107 goals. Her most memorable goal is the widely famous chip from the halfway line, catching the Japanese goalkeeper out of position.

One of Carli Lloyd's co-captains is the widely famous Alex Morgan, who was the first ever women’s soccer player to be featured on the front cover of FIFA video games. Alongside none other than Lionel Messi. She holds a long list of records, with the most prominent being the youngest US player to score 20 goals in a single year. Besides featuring on the national level since 2008, and being amongst one of the best players in football, she is widely known for doing a lot of off-pitch charity work - most well known is her role with UNICEF as a global athlete ambassador.

Julie Ertz - superstar in her prime

Alongside Alex Morgan, her team mate, Julie Ertz was also named for the U.S. Soccer Female Player of the year in 2018. Julie Ertz is in her prime, and this is her year to shine at the 2019 Women’s World Cup. She’s picked up quite a few medals in her career so far: U.S. Soccer Young Female Athlete in 2012, CONCACAF Women’s Championship 2014 gold medal, FIFA Women’s World Cup 2015 gold medal and many many more. And along with the rest of the U.S. Soccer team she’s determined to add another championship to the list.

Jill Ellis - on the road to redemption

Current head coach is English-born Jillian Anne Ellis, or just Jill Ellis in short. She currently enjoys a double-role with the United States Women’s National Soccer Team, being both head coach and development director. Serving as permanent head coach since 2014, she won the Women’s World Cup 2015. In 2015 she was also awarded with the title of FIFA World Coach of the Year for Women’s Football. The Olympic Tournament in 2016 became the first ever international tournament where the US female soccer team did not qualify for the semi-finals, being eliminated by Sweden.

Qualification - cruising through with the US soccer team

The roster for the 2019 Women’s World Cup are hoping to redeem themselves from the disappointing 2016 Olympics, and their qualification certainly proved their worthiness for the title. Cruising through the CONCACAF qualification, they scored 26 goals and conceded 0 goals - claiming their 8th regional title.

Group stage - US soccer team on to the real challenge

USA’s road to the title at the 2019 Women’s World Cup is set against teams like Thailand, Chile and Sweden. USA should be able to beat both Thailand and Chile easily, with Sweden being a tougher opponent. But let’s be honest, anything but three wins in the group stage will be a disappointment. In the first match in the knockout stage they will face the winner of group B, which will probably be Germany or Spain. In the next match, things are looking to heat up - like a lot. As in the quarter final, USA will most likely face France. This is exciting, as USA and France are joint favourites to win the tournament. So you maight say this expected quarter final will be the true final. What happens in the tournament, no one can predict. But it is safe to say, that the US will be playing for 1st place. And anything less will be hugely disappointing.

When gunning for top spot, it is important to have the best preparation. With the US being backed by Nike as kit supplier, they certainly have the gear in order. Nike has packed the USWNT jersey with all the latest innovation, and given the shirt a classic design. The home shirt is primarily white in colour, with dark blue and strong red sleeves. And the away shirt is designed in a powerful red colour, with a great looking pattern. In the neck of both shirts, you can find the team motto “One nation. One team.” Powerful words for a powerful team.

Unisport certainly finds US to be favorties. So what do you think? Do you too think that the USA will be crowned champions? Will Alex Morgan, Carli Lloyd and Julie Ertz live up to their expectations?

If you agree, you can pick up your shirt right here