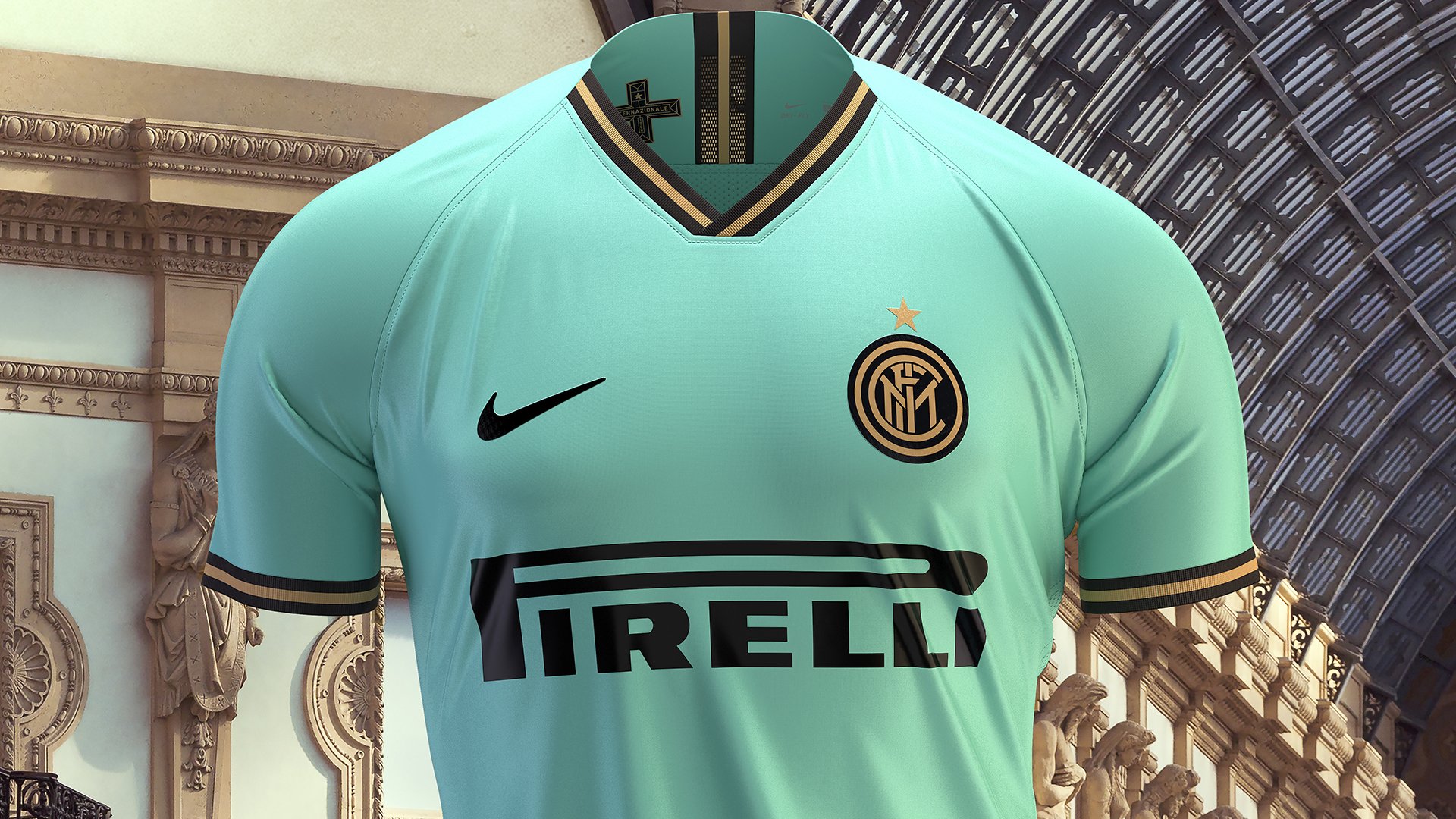 Drawing colour inspiration from the Royal Sash and the Monument of King Victor Emmanuel ll – the first king of the Kingdom of Italy, as well as the club’s most passionate supporters, Inter is ready to reveal the striking new 2019/20 Away Shirt

Just about a month ago, the new Inter 2019/20 Home shirt was released. Now it’s time to introduce the Milanese club’s away shirt, which despite the unique new colors deals with a whole new story behind the shirt.

The fresh turquoise look is essentially inspired by the colors of the monument of King Victor Emmanuel ll, however, the greenish color is also a tribute to The Curva Nord – Inter Milan’s most enthusiastic supporters, who usually sit in green seats at the Guiseppe Meazza stadium. To keep the shirt as royal as possible, Nike has added golden details, including a thin gold line in the collar, the neck the cuffs and a black and golden logo. As if that wasn’t enough, an additional detail has been imprinted on the back of the neck, namely a golden cross – an element of the crest, which is a symbol for the city of Milan, accompanied with Internazionale being written in the middle of the cross and the date of the foundation of the club.

The kit is completed with all white shorts with the Nike logo on the left and half white, half turquoise socks. For the first time since 2012, the away kit breaks free from the well-known white color and we can’t wait to see Nainggolan, Skriniar, Perisic and the rest of the Inter squad fight for glory on away matches in another Serie A season.

You don’t have to wait for the new season to get the shirt, as it will be available at Unisport from tomorrow.


Get you Inter away shirt here