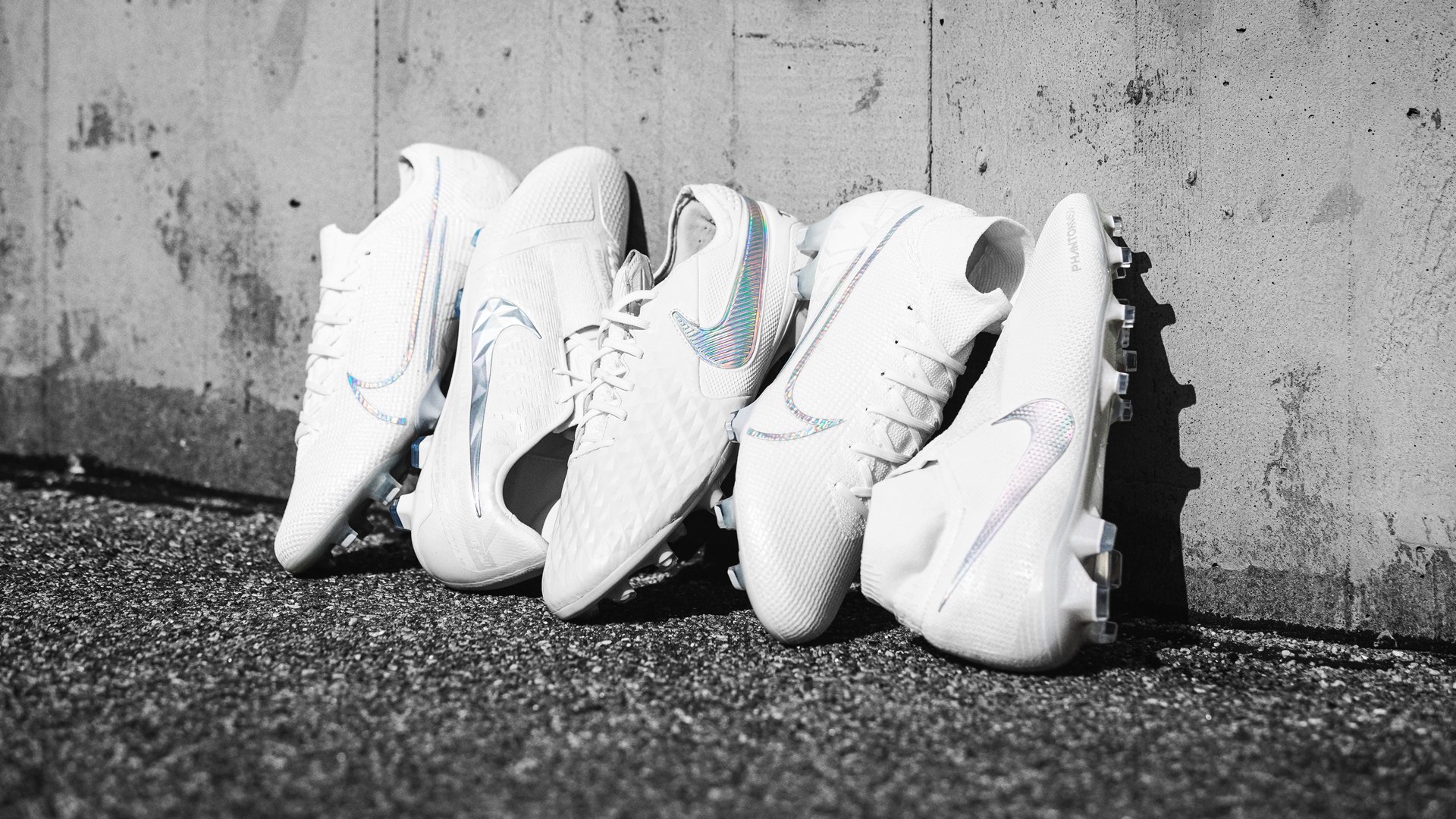 Nike are ready with a part II of the Nuovo White Pack, as it will include the Mercurial Superfly and Vapor as well as the Phantom Vision and Venom edition, thereby completing the pack. If youŌĆÖve missed white boots, youŌĆÖre up for a treat.

Last time we heard about Nuovo White was when Nike released the Tiempo Legend 8 Nuovo White boots a couple of months ago. Now itŌĆÖs time to introduce the Mercurial and Phantom to the pack - the two missing links, which surely will give a feeling of fulfillment. Appreciate the pictures of the boots we be believe are whiter than ever before we continue.

As the name insinuates, the new Nuovo White Pack embraces an all white colourway for the two new additions, the Mercurial and Phantom silos. In fact, the name ŌĆśNuovoŌĆÖ signifies ŌĆśnewŌĆÖ in Latin, implying that itŌĆÖs a new, white colourway. Quite symbolic, considering that the boots are new and carried out in a fresh and clean white colour. LetŌĆÖs go through all four of them step by step.

Besides mostly being white, the Mercurial Superfly 7 incorporates several silver/chrome details, which for instance is seen on one side of the boot where the famous ŌĆśMercŌĆÖ print is carried out in a chrome colour. This also applies to the other side of the boot where you can see the ŌĆśJust Do ItŌĆÖ trademark - as on many of the last Superfly 7 versions, but this time finished in the same chrome tint, whereas the ŌĆśSwooshŌĆÖ is made with a silverish and iridescent colour which is strongly noticeable.

Next on we have the Vapor 13 edition from the Mercurial silo, and boy this one is dazzling, especially around the ŌĆśMercŌĆÖ and ŌĆśJust Do ItŌĆÖ prints on the sides. As one the Superfly, the ŌĆśSwooshŌĆÖ is finished in a mesmerizing silverish/chrome colour. A flashy yet elegant boot to show of.

The Mercurials are followed by the Phantoms, and if we start off with the Nuovo White Vision , this one is fitted with the smart Ghost Lace System, allowing the cleanest possible touch on the football. It has a somewhat futuristic but nonetheless cool look, while being remarkably white.

By wraping the pack up, last but not least we have the Phantom Venom Nuovo White. OneŌĆÖs first impression might be ŌĆśwauw, this one has a lot of details, compared to the other boots from the pack'. And it does. First of all the toebox encompasses small dimples - a microstructure which will increase friction and give you better control. The next noticeable detail may perhaps be the Nike ŌĆśSwooshŌĆÖ. ItŌĆÖs carried out in the same silverish/chrome colour, however, to give it a lively and ŌĆśspikyŌĆÖ look, itŌĆÖs made from innovative tech flex technologies. Finally, the ŌĆśJust Do ItŌĆÖ trademark is printed all over the one side of the heel followed by the Nike logo and ŌĆśPhantomŌĆÖ being slightly noticeable on the other side of the boot.

As blue, yellow and black are mostly the dominant colours at the moment, we canŌĆÖt wait to see athletes younger than 98/97 endorse the Nuovo White Pack when the Champions League rolls out.