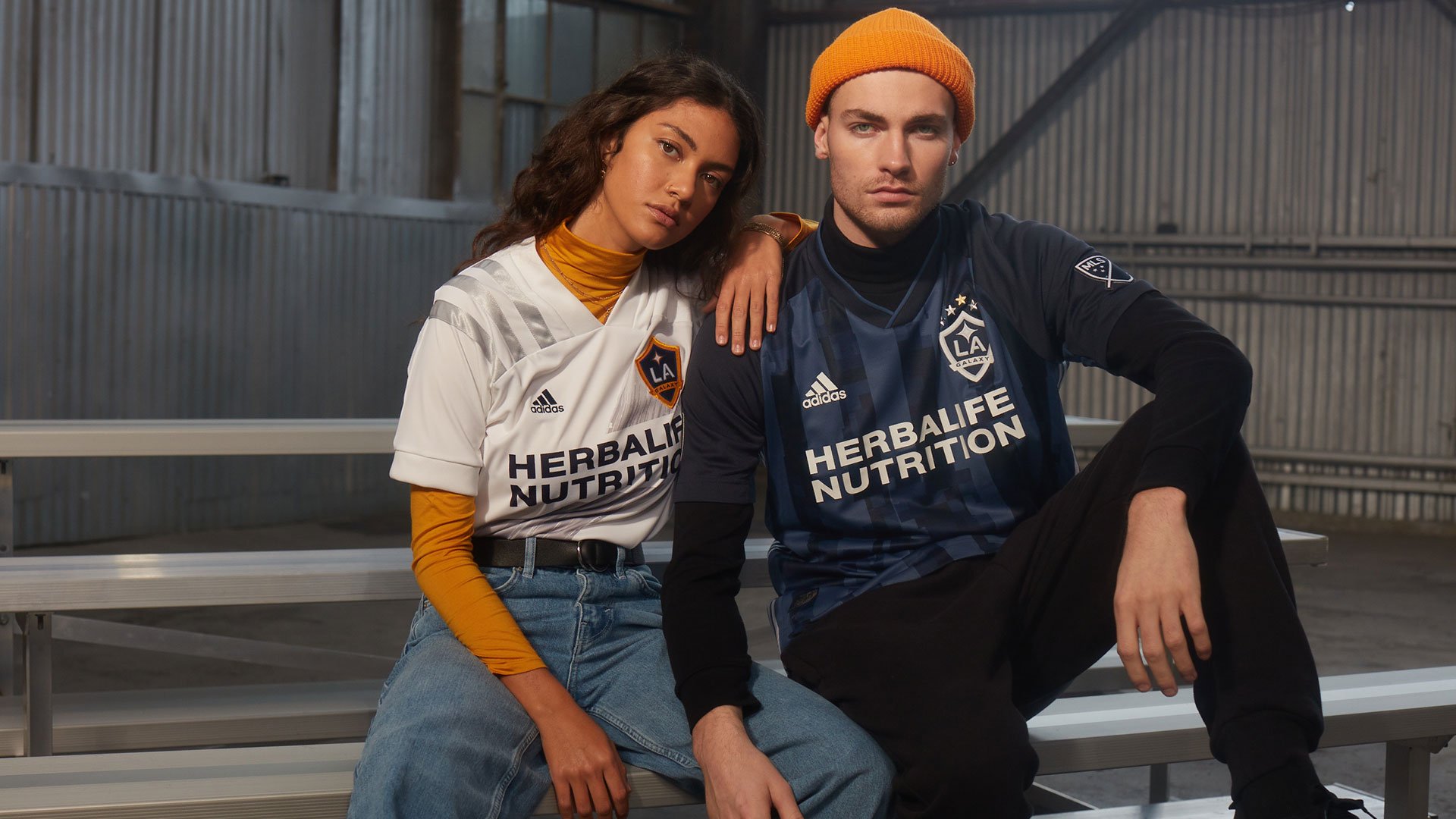 It's time to cross the borders and move overseas, as adidas launches several new shirts for the upcoming MLS 2020 season. The popularity of the beautiful game of football is growing faster than ever in the United States of America. Something we have witnessed over the years with more and more players from Europe joining the MLS - and also the other way around, where players from MLS are signed by European clubs. Yeah, football, or "soccer" as it's called over there, is becoming a big deal in the US.

This year, the MLS can celebrate its 25th season when the MLS is kicked off in late February. An anniversary adidas would like to pay a tribute to with some very special shirts for some of the biggest clubs in the MLS. Each shirt will have a special trademark related to the clubs’ hometown or legacy, and they're all marked with the famous three stripes - this time placed on the right shoulder.

Let’s start off with New York City FC. It’s no surprise that the team from The Big Apple needs to have a unique away shirt. It has taking inspiration from the city of New York and its alluring architecture, which really makes this jersey stand out. Its new look is astonishing, as it combines New York’s past with its present. Besides that, the logo has been a bit recolored too to make the shirt even more fashionable. A small detail, that we really like!

Los Angeles FC is not supplied with a new away shirt, but instead they get a unbelievable luxurious home shirt. It's a jersey where you'd say that minimal meets maximal. With its clean and progressive design, it has a very subtle look with tonal and contrasted elements on a modern silhouette. The black and gold colors on the shirt fits perfectly with LAFC's nickname "The Black and Gold". The three stripes on the shoulder are black though. Which we actually don't mind, as it makes this jersey more elegant and simple.

With former stars such as Zlatan Ibrahimovic and David Beckham, LA Galaxy is one of the most renowned clubs in the MLS. However, now it's time for Chicharito to shine, and he'll most likely love his new home shirt. Because when it comes to the collision of arts and football, this jersey is a perfect example. It reminds us a bit of the traditional home shirt, with the traditional sash across the shirt being present - but in this shirt it’s converted in an artistic way. Very classy, we’re ought to say.

Another team having New York as their hometown is New York Red Bulls. They'll also be supplied with the new adidas tribute collection with a home shirt that is inspired by the new MLS template. The shirt is predominantly black with red logos on it, which really makes the logos stand out. The three stripes on the shoulder are red too, which makes the players look like they’re ready to fight until the blood runs off their shoulders. Gotta admit it’s already a favourite here at Unisport!

To finish off the adidas tribute collection, the new guys from Inter Miami are joining this celebration. And they'll certainly make their mark with their away shirt. The vision for the bold away jersey is to have a fierce and invincible black with spikes of pink. That vision has been fulfilled. The new club's mantra is “freedom to dream”, and you gotta admit - that is most definitely expressed through this shirt. Especially with the repeated embossed herons on the shirt. We're so crazy about this shirt, and it’s even buyable as authentic!

The 25th season of MLS is moving towards us - and we can’t wait for it to kick off. And with these adidas shirts, our expectations and excitement have risen even further to a level where we almost can’t maintain ourselves anymore!


If you're as excited about the new shirts as us, then find all the abovementioned shirts and even more MLS shirts here