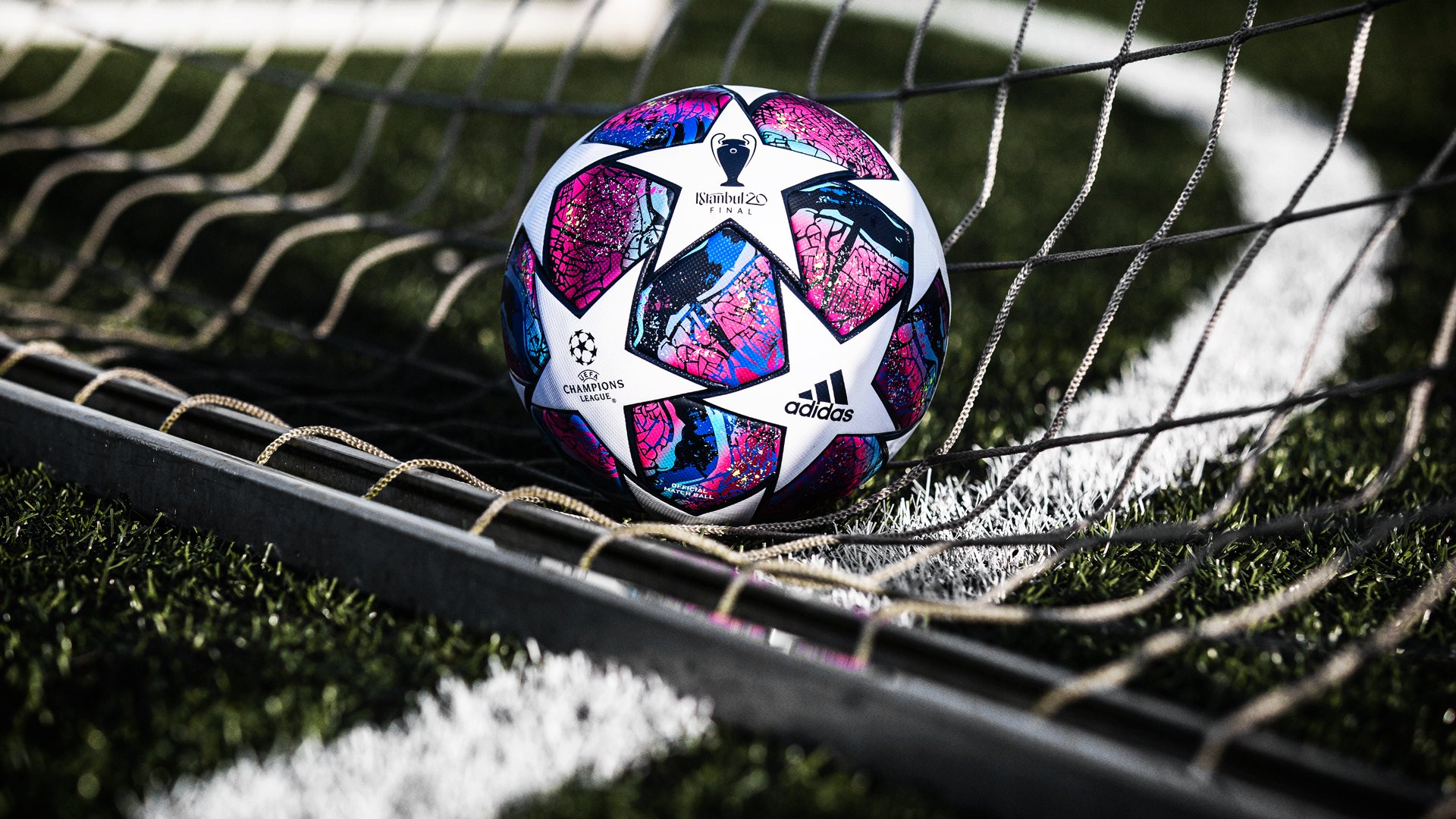 The return of the UEFA Champions League is today! And with this return, the most acclaimed and important football tournament will be accompanied by a new football, specially designed for the knock-out stages of the UCL.

We’ve been waiting for this moment for a long time. The song that gives all of us goose bumps (yes, you know which one) is slowly starting to play in the homes of many football fans and aficionados across the world. That’s right, the world-renowned UEFA Champions League anthem is nothing but delightful, and the excitement undeniably grows. But that’s not all. With the arrival of the last rounds of the tournament we’ve been longing for the last couple of months, follows a new football delivered by adidas for the knock-out stages. Check out the images of the assured beauty below before we take a closer look at it.

Following the tradition, the new adidas UEFA Champions League football is inspired by the city where the final will be held in late May, which this year is in the city of Istanbul at the Atatürk Stadium. On a more more specific note, the football takes inspiration from the Bosphorus, which is a narrow, natural strait and an internationally significant waterway located in northwestern Turkey. It forms part of the continental boundary between Europe and Asia, and separates Asian Turkey from European Turkey. That’s why the wavy, blue-ish colours are imprinted on the football, which are there to symbolize the waterway if you look very close.

Speaking of the colours, well, you really get the feeling that there’s been a lot of thought when designing the phenomenal graphic of the football, as the colours derive from the hues any vigilant onlooker might experience when watching the sunset over the Bosphorus. The last pink rays of the sun, the blue of the sky slowly merging with the teal of the ocean, Istanbul signifies both the land of the rising and the land of the setting sun. Now the purple-ish and blue-ish colours without a doubt makes sense (well done, adi).

And now to adidas UCL football trademark - the star panels. Naturally being white with the distinguished star ball Champions League logo placed in the middle, this time the outer points of the edges overlap instead of touching, possibly for improved durability.

With a great symbolism behind the design of the football, we must say adidas have done it again and obviously they’ve reflected and thought this through to a next level.

We certainly can’t wait for the UCL to kick off. And with the new knock-out football, it’s gonna be a spectacular experience to witness!