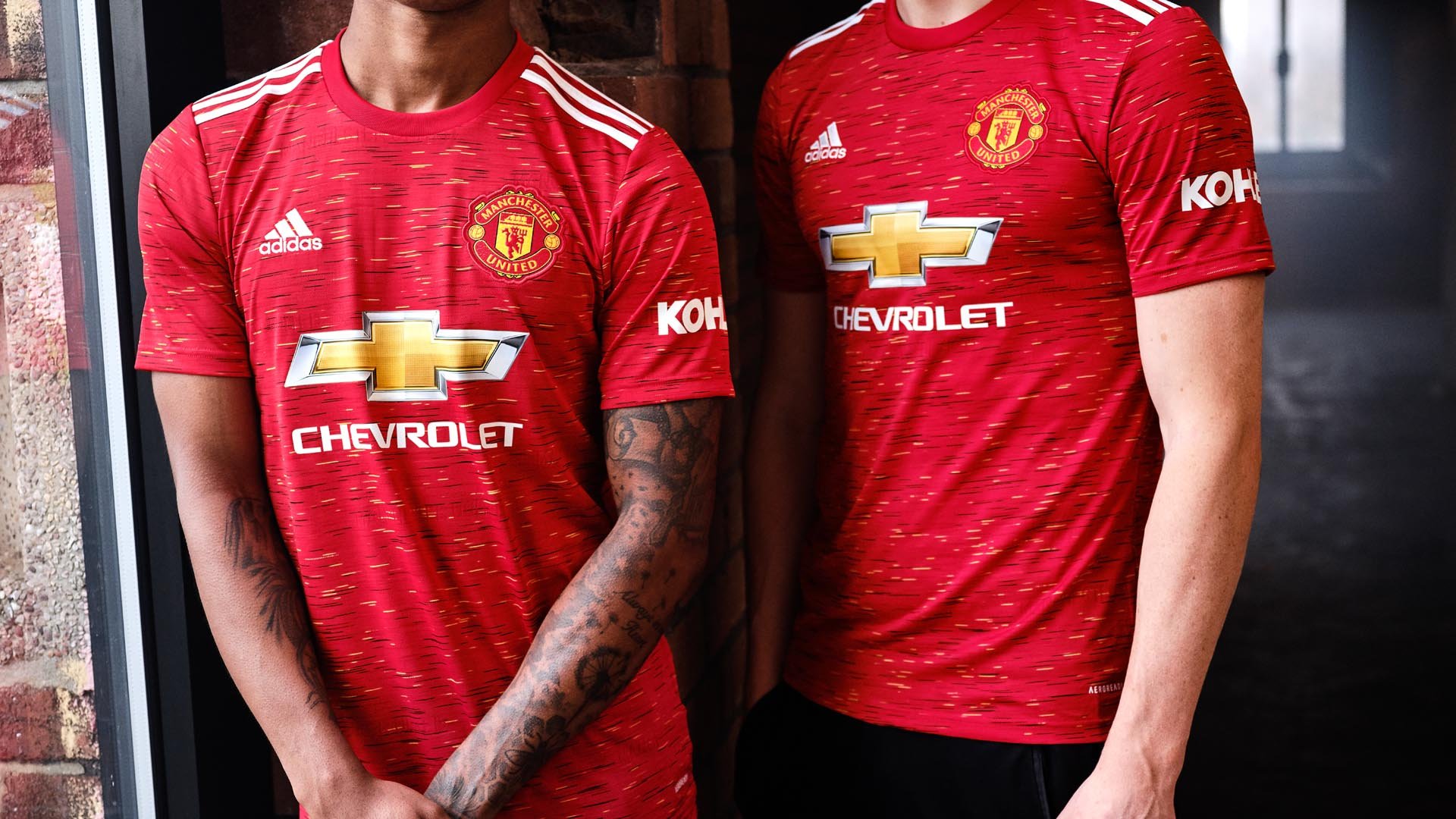 The biggest club in the world are at a time, where they find themselves rebuilding their reputation. They are doing it by looking at their heritage and retrieving their DNA - something that their new home shirt for the 20/21-season also does.

The Red Devils have been struggling to find themselves for a few years now. But it finally looks like they are on the right path to success. The key was found in their own DNA and heritage - you could even say, that they found it in their own backyard. Right behind them. The design for this shirt is found and developed by the exact same strategy.

Manchester United’s new home shirt has a very unique design, that is literally drawn from their own crest. When reversing a Manchester United crest, you will find sewing threads of black, yellow and red. This special, blurring and intriguing look on the backside of the crest has been transferred to the whole shirt, as it new consists of a red shirt with small black and yellow lines on it. A design that is really something else and we gotta say - we love it!

This shirt is true to the colours and mindset of Manchester United, as we know them. A club that relies on youth and courage - and a heritage of success. In the coming season, they will have to continue the improvement and hopefully they can be back to the old and successful club, as we know them. One thing that we know for sure is that their new home shirt as nothing but beautiful.

The shirt is already available at Unisport - so there is no reason to hesitate. A true Red Devil needs this shirt!