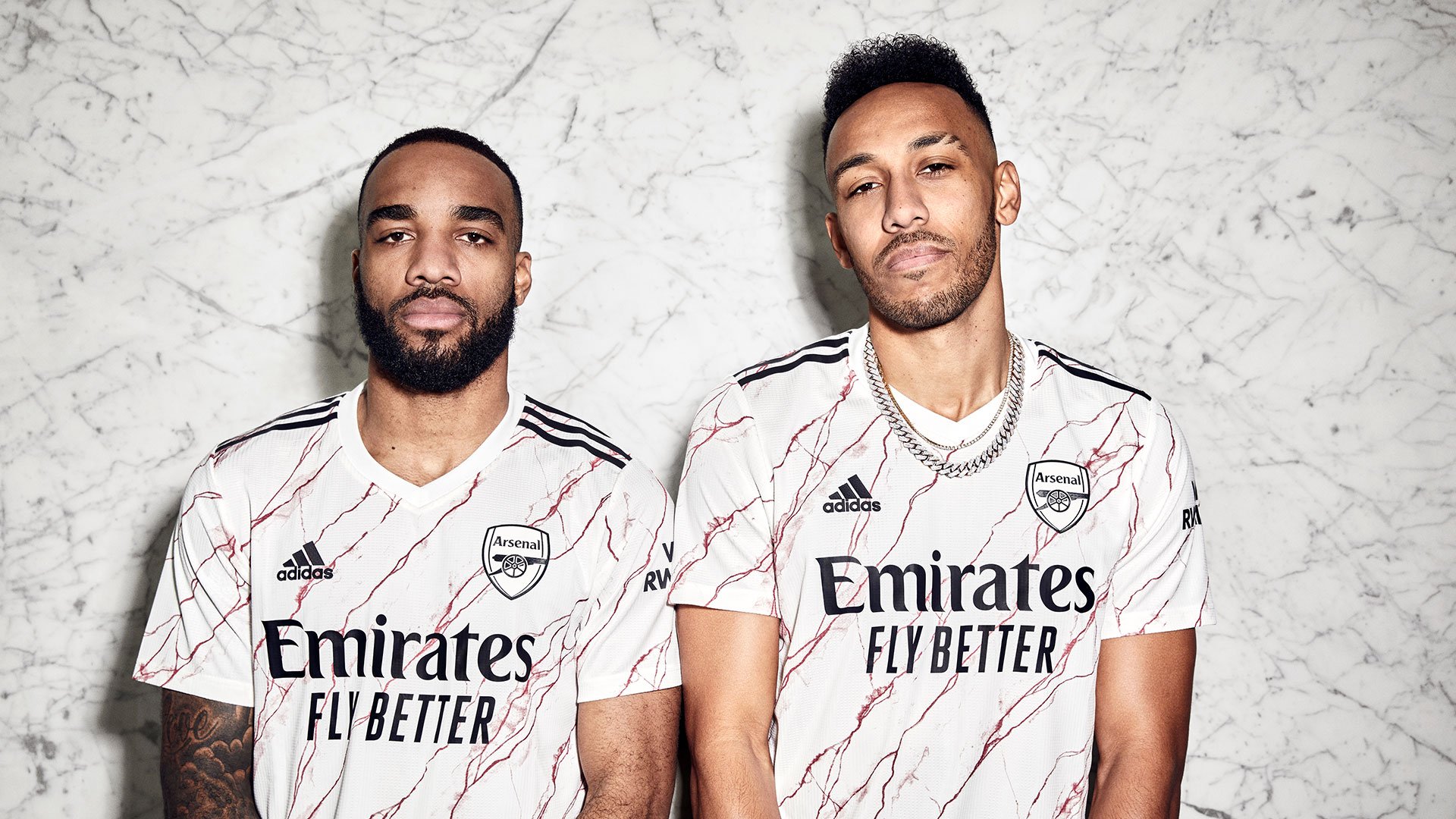 The Arsenal away shirt for 2020/21 gives us a very different look that we’re not used to seeing from The Gunners.

In 2006, Arsenal moved to their new home - the Emirates Stadium - leaving the iconic Highbury behind, which had been the homeground since 1913. Besides looking like a classic London stadium on the stands, Highbury also had a very recognizable hallway called The Marble Halls of Highbury.

The halls were built to impress the players - both Arsenal players and opponents. Not by fear but by class. The aim was to treat the players as gentlemen and to leave them with a great impression of the club.

And the new Arsenal away shirt brings this back to life. The shirt, made on a white base, has a marble designed graphic. To look like and honour the The Marble Halls and the past. The shirt has a white Arsenal crest with black outlines, a black adidas logo and black adidas stripes on the shoulders. The neck is made in a v-shape. On the back of the neck we see the classic Arsenal cannon - kept in a design of one of the old club crests.

This shirt is going to be extremely popular. And we can’t wait to see this on pitch, when the Premier League starts again. And we’re pretty sure that we will see this shirt be worn in the streets as well.

You can get the new Arsenal away shirt right here.