They hate you and they envy you. For your success. For all the goals you score. For your unwavering attitude. And for your boots. There will always be haters. But the more they hate you, the more motivation you get. Adidas’ new collection is for all the players that everyone loves to hate. The ones everyone wants to be like. This is the Haters Pack.

Adidas have taken things a little easy in the beginning of the New Year. But they have just been conserving their strength and are ready to shut everyone up. Or better yet – get everyone talking about you. Throughout 2014 adidas delivered new generations for the Predator, Nitrocharge and 11Pro. Now they kick off 2015 by completing the full set and introducing a new generation of their exceedingly popular lightweight boot, the f50 adizero – with a design and technology that will get everyone envying you.

You can find all four boots from the Haters Pack right here. 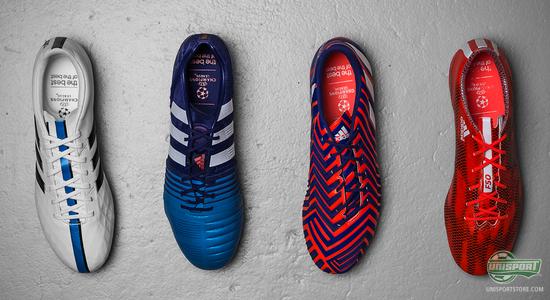 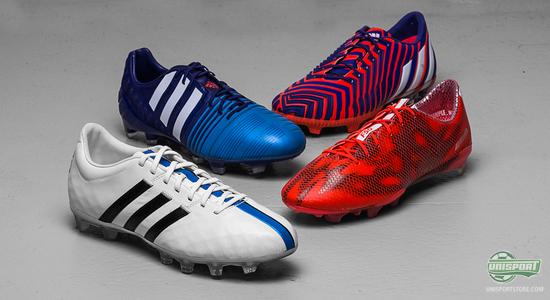 On top of including a brand new model of the f50, the Hater Pack also introduces new colourways for the remaining silos. The colours are first and foremost based on classic colours, like red, blue and white. But with a great number of cool nuances, adidas have really managed to apply their characteristic brave touch. 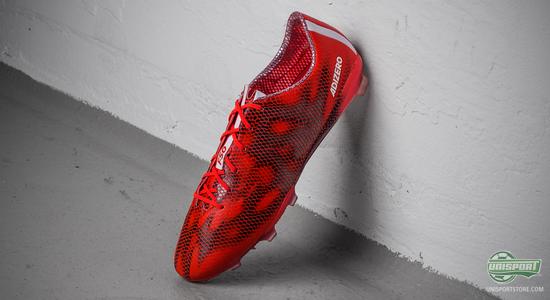 The most notable newcomer in this new collection is naturally the new f50 adizero, which has been given an innovative makeover both in terms of design and technology. Adidas have really listened to their player’s feedback and created a lightweight boot, which does not blindly focus on just low weight, but also provides stability and comfort. Two elements that mean just as much, when speed is your primary goal. 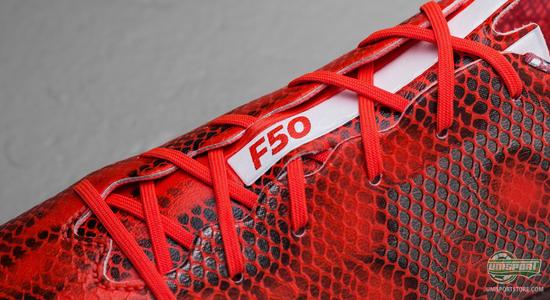 This adizero is created with a single piece upper, which means the Speedfoil is no longer in use. This also results in a lightweight boot, with a few more grams on its backside. Adidas have concluded that low weight isn’t everything and this new f50 Adizero therefore weighs 195 grams. The goal is to deliver a football boot, which keeps the foot locked in better and lastly provides increased comfort. 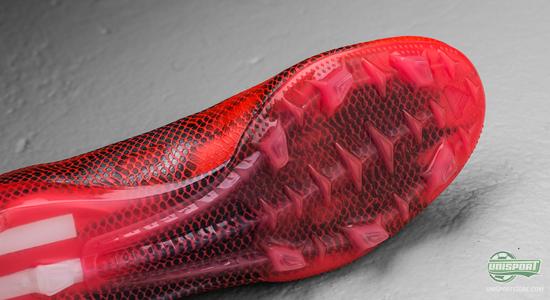 We will naturally be taking a much closer look at this new f50 adizero and go into depths with all the new additions later. One of the most prominent features is the new sole, which has been equipped with a new stud-configuration, which draws inspiration from track and field runners and the sprinters studs, used by 100 meter runners. They have been added to give the boot a more aggressive grip and thus increase your acceleration.

A new generation of f50 adizero leads the way for the Haters Pack. Find the boots right here. 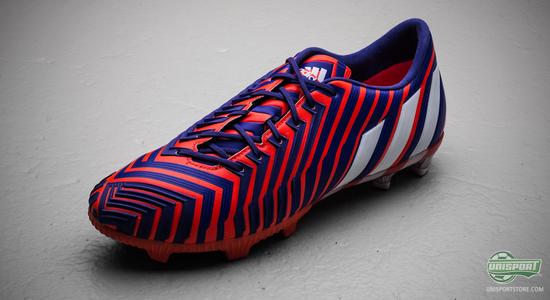 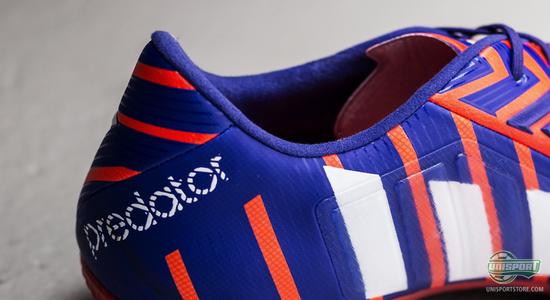 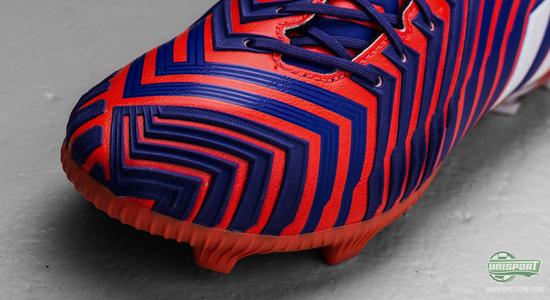 Elsewhere adidas show off the first Predator Instinct of the year and a New Year calls for a new design. Here adidas have based the design on the boots characteristic SL rubber zones, which got a big construction overhaul last year. Adidas have therefore been able to create a special zig-zag design in Red/Blue/White, which accentuates the five Lethal Zones. 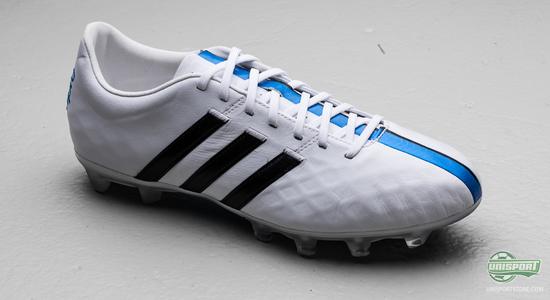 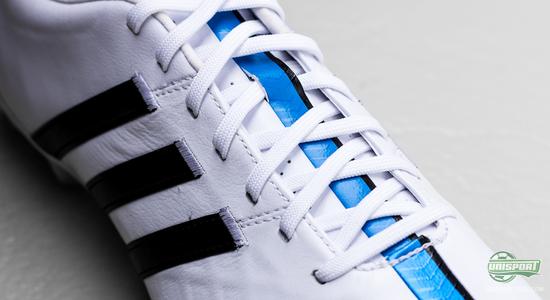 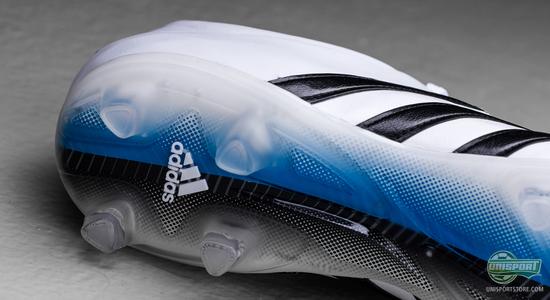 The 11Pro was the last of the boots to get a new generation in 2014. It does however look like adidas haven’t entirely forgotten the generation before it, because in early 2014, we saw this exact colour combination of white/Blue/Black. Maybe they are luring Toni Kroos into the newest generation? Regardless of the reasons, this colourway is a certain homerun and well “There will be haters”. You could imagine 11Pro fans don’t mind it much, when they look so good on the pitch. 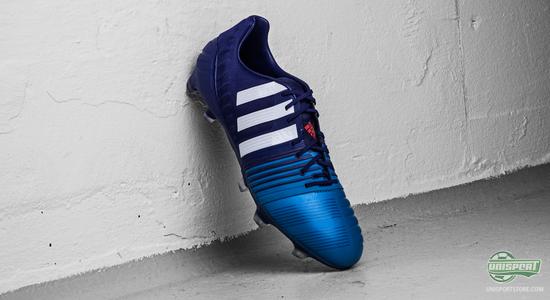 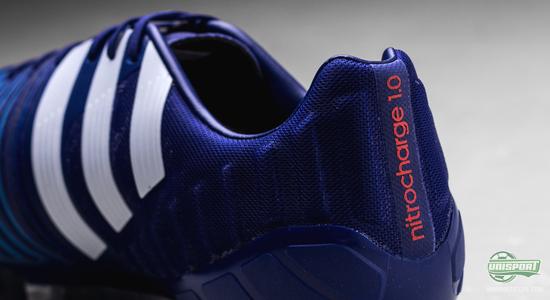 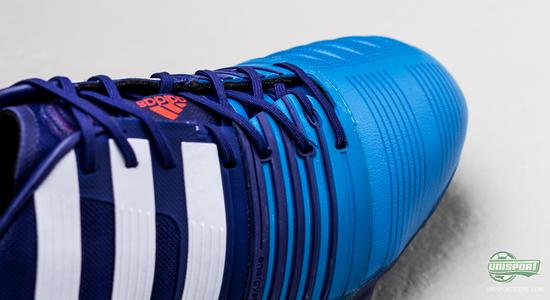 The last of the bunch is the Nitrocharge, which together with a few updates, so got a brand new design, which has really imprinted itself. This new model has been given a stylish blue overhaul in two different nuances, which are accompanied by small red detailing on the heel, tongue and inlay sole. The technological side is still controlled by the Energysling and Energypulse, to distribute energy in optimal fashion.

Give your haters something to talk about. Find adidas’ new collection here. 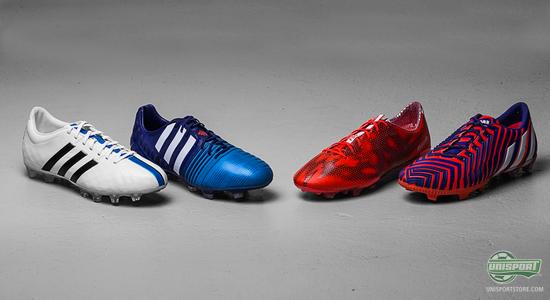 Adidas have created this Haters Pack to pay tribute to the players, who aren’t affected by heckling fans, but rather use the shouts from the stands as fuel on the pitch. There is no doubt the campaign will cause some debate, but there is no question that adidas have created a collection and new f50, which really shows how things should be done. Especially the new “ghost graphic” design on the new f50 shows off adidas’ creative prowess. A design that is sure to seduce us, when we give our collected opinion of the new generation. 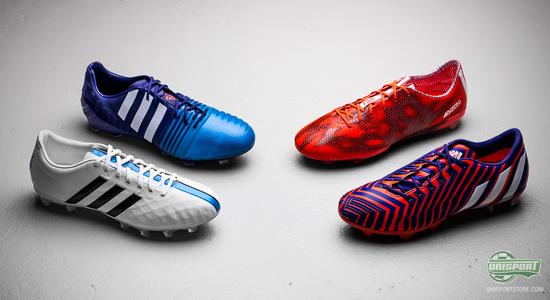 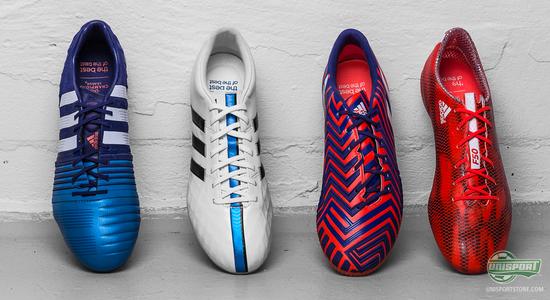 There will be haters. The concept behind the new collection from adidas is not one you can mistake for anything else. It’s all about using negative energy and creating something magical and admirable. The f50 is adidas’ rebuttal, what’s yours?