Nike turn up the bling-factor with their newest colourway for the Hypervenom – it’s made as just the second signature colourway for Neymar Jr., and goes by the name Liquid Diamond. It’s pretty flashy and you’ve got to be quick to keep up – so check it out down below. 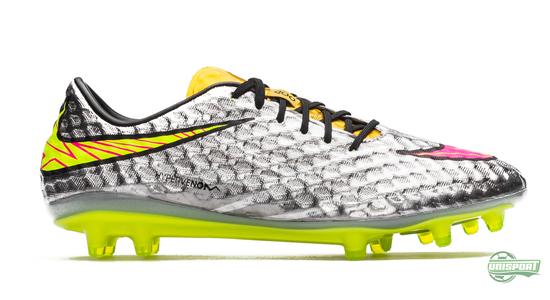 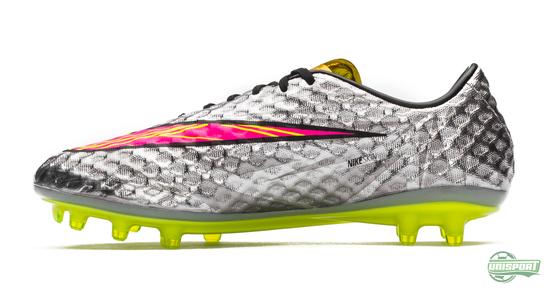 Neymar Jr. has for the last eight years been a central player for Nike, with them again having signed a young Brazilian talent, with silky skills, an eye for goal and plenty of superstar potential. This summer the vivacious Brazilian got his first signature colourway – a gold Hypervenom Phantom – and now Nike have introduced Hypervenom a la Neymar pt. II. 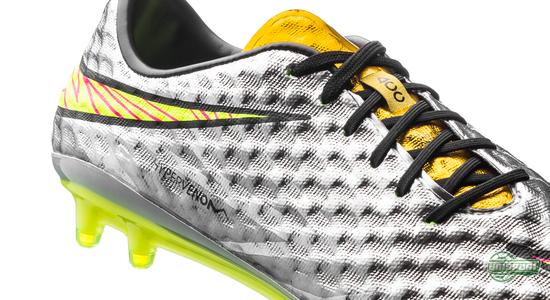 It’s called the Hypervenom Phantom Liquid Diamond and is inspired by Neymar’s close relationship with his sister Rafaelle. Something symbolised by a diamond tattoo that both siblings have on their arm, as well as the text ’sorella’ (sister) on Neymar’s arm, while Rafaella’s arm says ‘fratello’ (brother). 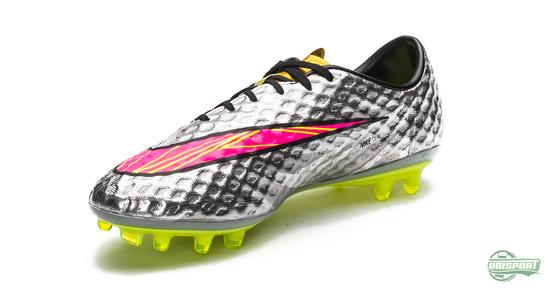 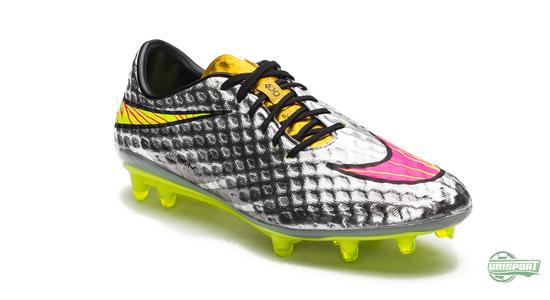 “The diamond tattoo I’ve got was done with my sister. We thought we’d get one done together because diamonds are rare and the feelings I have for my sister are rare, so we decided to pay homage to each other in that way,” said Neymar Jr. “A diamond is a gemstone that is simple but beautiful. It is also a rare jewel that stands out and that is what catches my attention and reminds me of my relationship with Rafa." 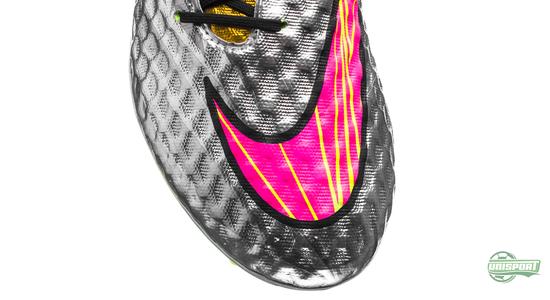 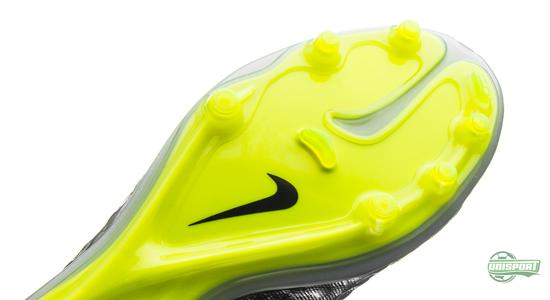 This idea is something Nike brought into their design process, when they created the new Hypervenom for Neymar – as well as incorporating his style of play. “He attacks the defense with a style so fluid, it reminded us of water flowing between rocks. That’s when we started shifting our thoughts from incorporating a nod to diamonds, to creating a liquid diamond aesthetic for the entire upper.” Says Max Blau, who is VP at Nike Football Footwear. 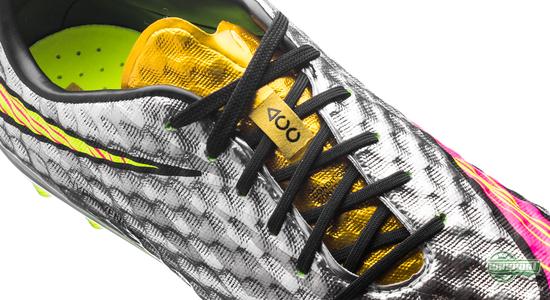 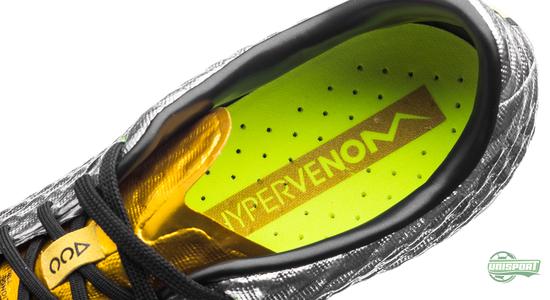 In other words, as far as personal boots go, it doesn’t get any more personal than this football boot, with the Hypervenom Phantom Liquid Diamond referencing both something close to Neymar’s heart, as well as his style of play. And the main man himself is also very pleased with the result; “I think they will stand out because of that bright and energetic feeling you get from these boots. I think they have captured my bold and cheerful nature.” 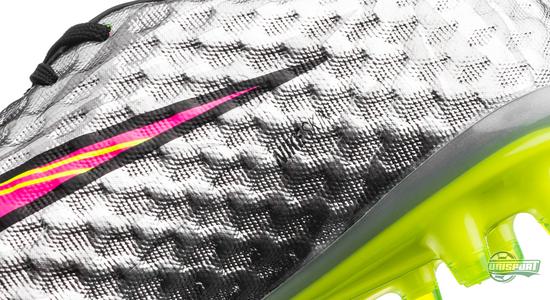 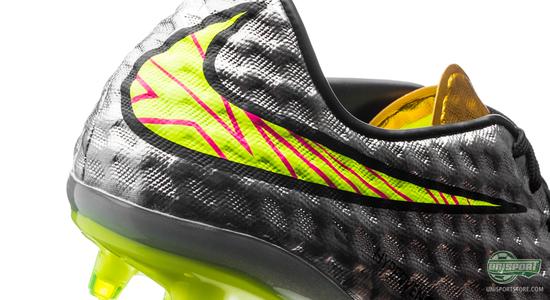 On the tech front it’s business as usual for the Hypervenom – a football boot that has been so popular that it still today, a good two years after its launch, continues to impress. The upper is made with NikeSKIN, which gives Nike an ultra-thin and very supple upper, so you can get close to the ball and get an almost barefoot feel with it. 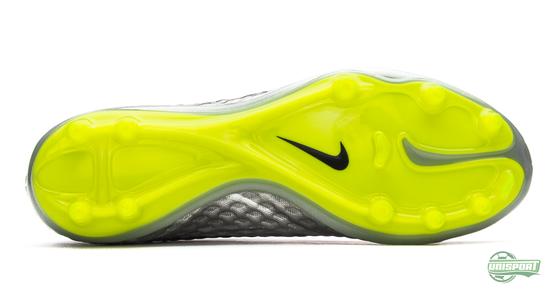 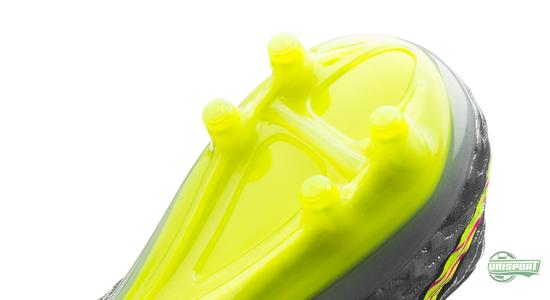 The sole is made with the concept that agility is key – The Hypervenom is built for the player, who can do the unexpected, flip the switch on his opponent and skin his defender in a heartbeat. For this a sole that makes for explosive energy dispersion is crucial, so you can get a more powerful kick-off and leave your opponent for dead, before he even reacts. Perfect for Neymar? We’d say so. 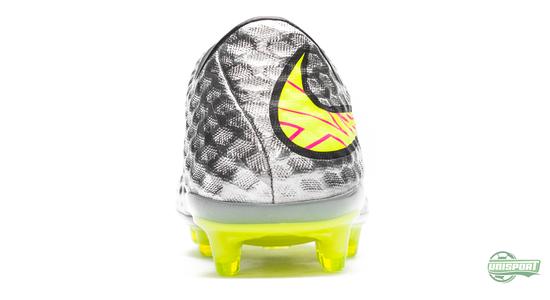 What do you think about Neymar Jr.’s new Nike Hypervenom Phantom Liquid Diamond? Are the colours something you might enjoy and do you have what it takes to stand out on the pitch like Neymar? Share your thoughts with us in the box down below, or on Facebook, Twitter and Instagram.