Designed to appear invisible, PUMA unveil the evoSPEED SL Grass. Get a closer look at the new boot and hear what inspired them right here.

If we rewind back to the Germany World Cup in 2006, PUMA presented a previously unheard of concept, which still stands out as one of the boot moments of that tournament. With the objective of creating an invisible boot, PUMA gave their v1.06 boot a very distinct grass-design.

The unique design has now been brought back in 2016, as PUMA present the Limited Edition evoSPEED SL Grass. The special look has been 3D printed onto the boots, which although it might not make the boots invisible, still really accentuates the white detailing on the boots incredibly well and makes for a sharp design. The Limited Edition PUMA evoSPEED SL Grass will be made in 2006 pairs worldwide, which is a nod back to the year PUMA launched the original v1.06 football boots.

Apart from the unique new visual design it’s the PUMA evoSPEED SL like we know. Made with the aim of being forever the lightest match boot in the world, the evoSPEED SL is built with an incredibly thin upper, responsive soleplate and cage to keep you locked in the boots.

If you want to get your hands on the Limited Edition PUMA evoSPEED SL Grass, then you can find them right here. 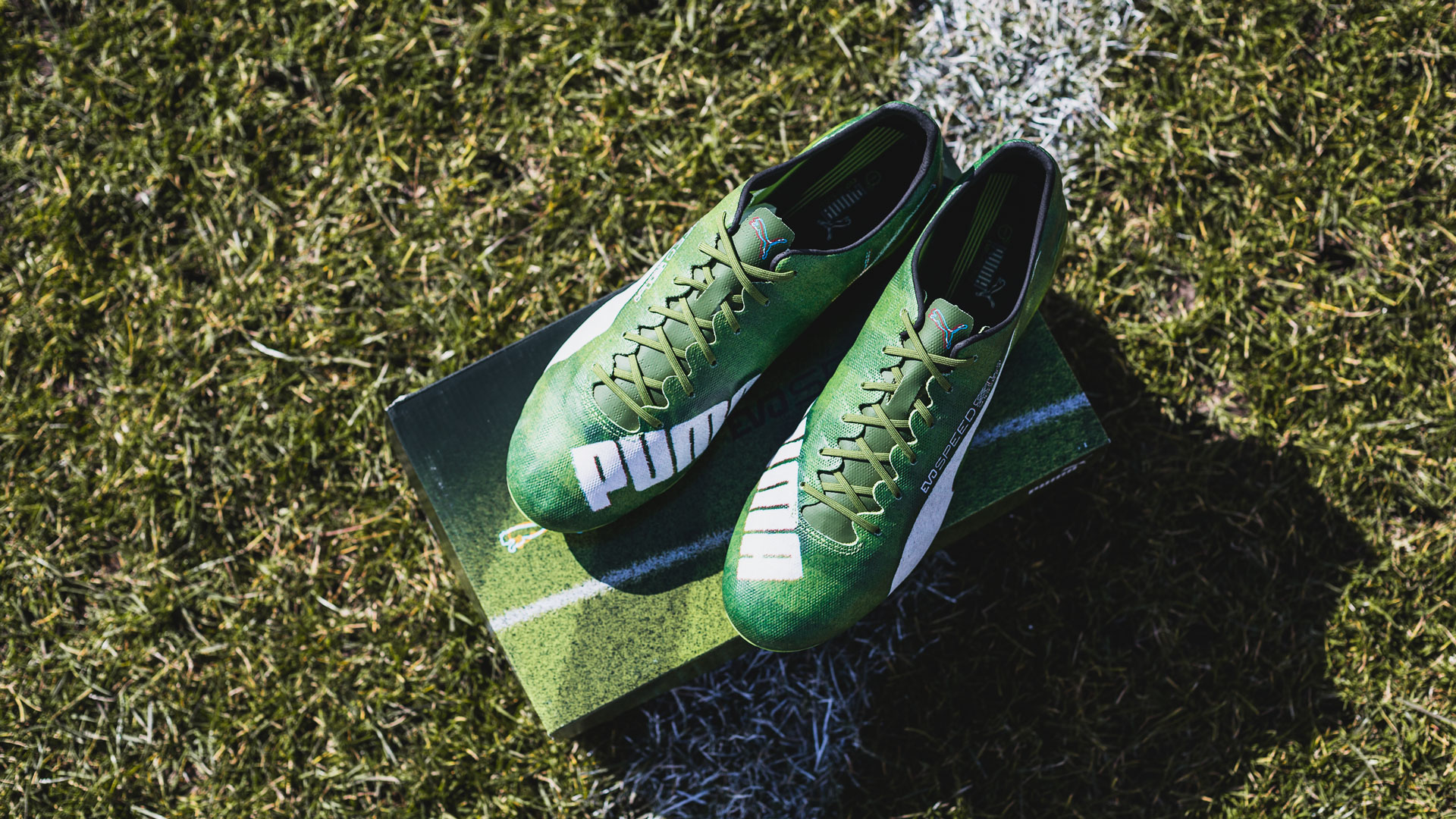