I won’t go as far as saying it’s a tough time to be a Manchester United supporter, but times certainly have been better. It’s times like this that fans have to stand together and support the team. adidas now present a new away-shirt, which they hope fans will show the same amount of love.

It’s starting to feel like one of those “Once upon a time…” stories, when you talk about Manchester United’s time of grandeur. It may have only be three years ago The Red Devils last won the Premier League, but those three years still feel like a lifetime away. In and around Manchester they still dream of the days, where the trophies were flowing in and with the presentation of the Manchester United away-shirt, adidas hope to make those dreams come true.

The blue kit really brings back the memories for nostalgics. This was the colour Manchester United wore the first time they ever conquered Europe and won the European Cup. Stylistically speaking adidas have tried to give it a more lifestyle-infused look, with the melange inspired design. I personally like the way many brands, and adidas in particular, have tried to create more streetwise football shirts, so even though I personally have no love for United, this gets a thumbs up from me. 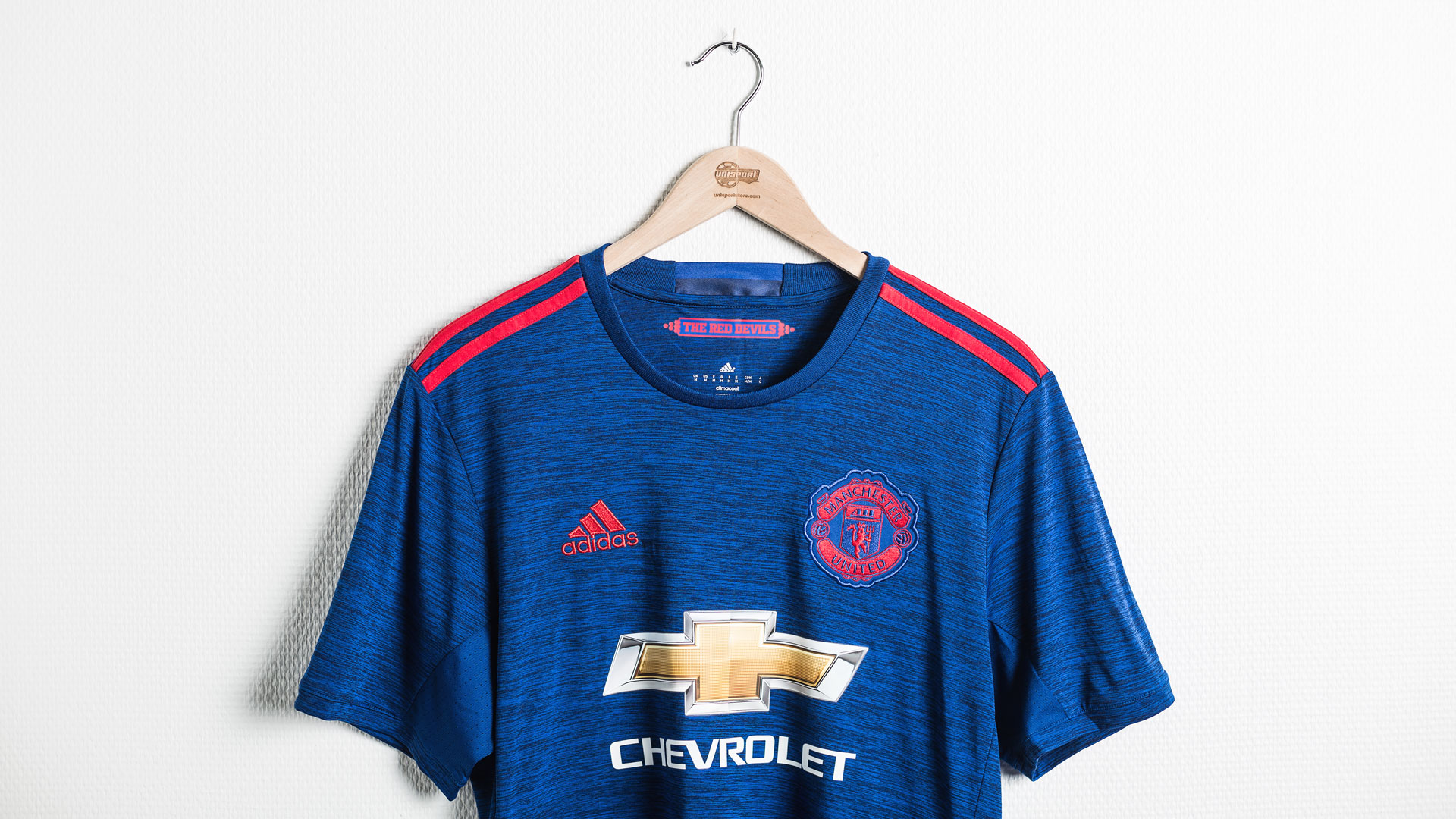 About that European trophy inspiration though… Manchester United have a slight advantage in the hunt for a Champions League spot, but still haven’t been playing very good looking football lately. Let’s hope for adidas they lock down that spot, because otherwise the inspiration for the new Manchester United 2016/17 away-shirt might seem a little flat.

You can pre-order the new Manchester United away-shirt here.