Everyone is charging up for a busy summer of major international tournaments. And Umbro want in too. They have just unveiled this very summery Medusæ colourway. Check ‘em out here.

While there can be no doubt that the French football pitches will be dominated by Nike, adidas and PUMA, it’s important not to forget the other players in the game. Umbro also have plans to make impression at this summer’s two tournaments. One of the boots they will be doing so with, is the purple and red update for the Umbro Medusæ, which will be seen at EURO in France and Copa America Centenario.

The Umbro Medusæ is their newest boot and is a mashup of traditional and modern materials. With a frontfoot of kangaroo leather and a midfoot/heel of a synthetic mesh, Umbro deliver a football boot that gives both a magic touch on the ball, while still being flexible and agile, which is something young players look for in a boot.

Even though Umbro aren’t among the very big players at the moment, their Medusæ is definitely worth keeping an eye out for. Especially at the Copa America, where Mix Diskerud will definitely feature and Mauricio Pinilla will look to help Chile retain their title.

You can get your hands on the new Umbro Medusæ right here. 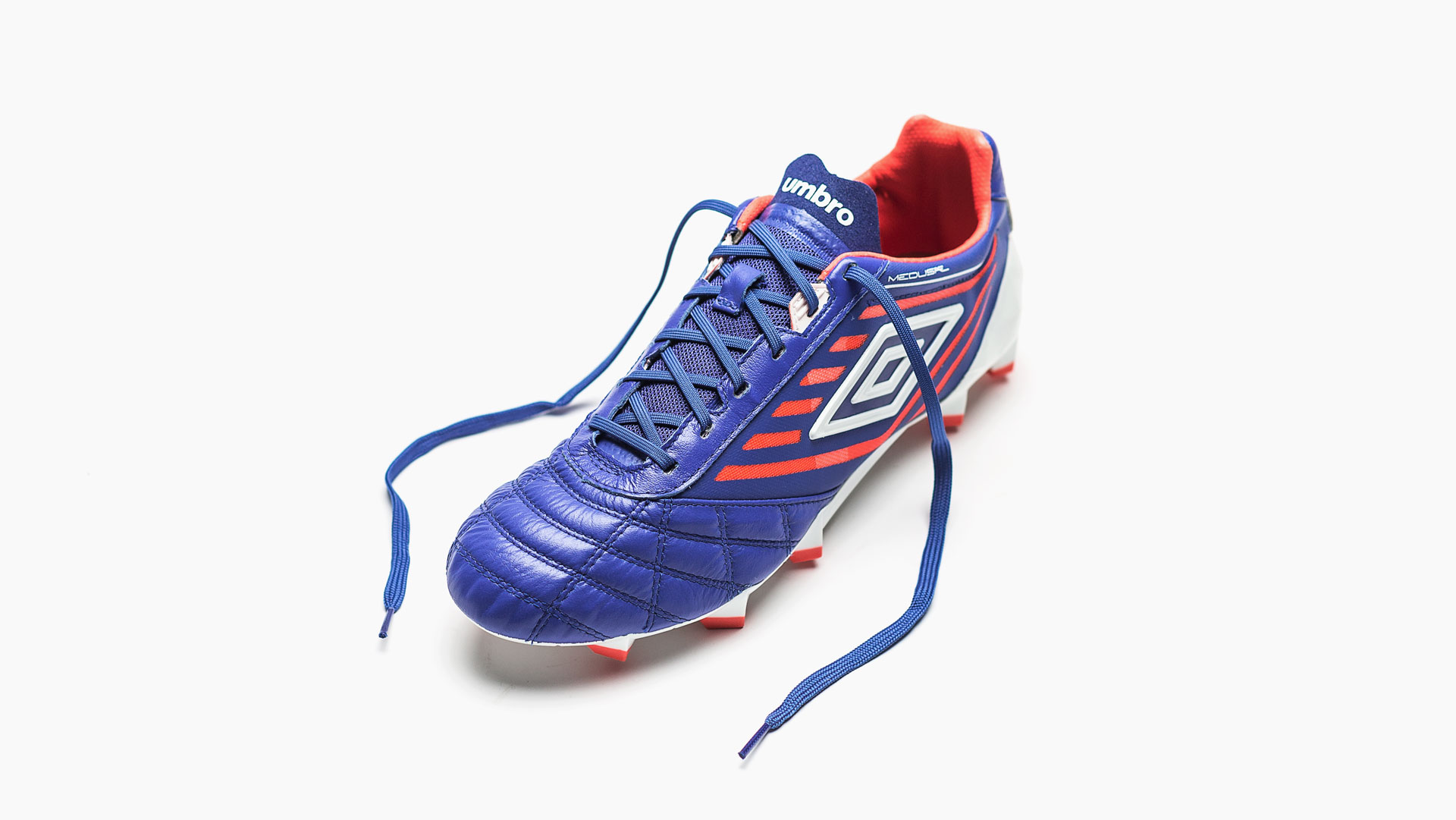