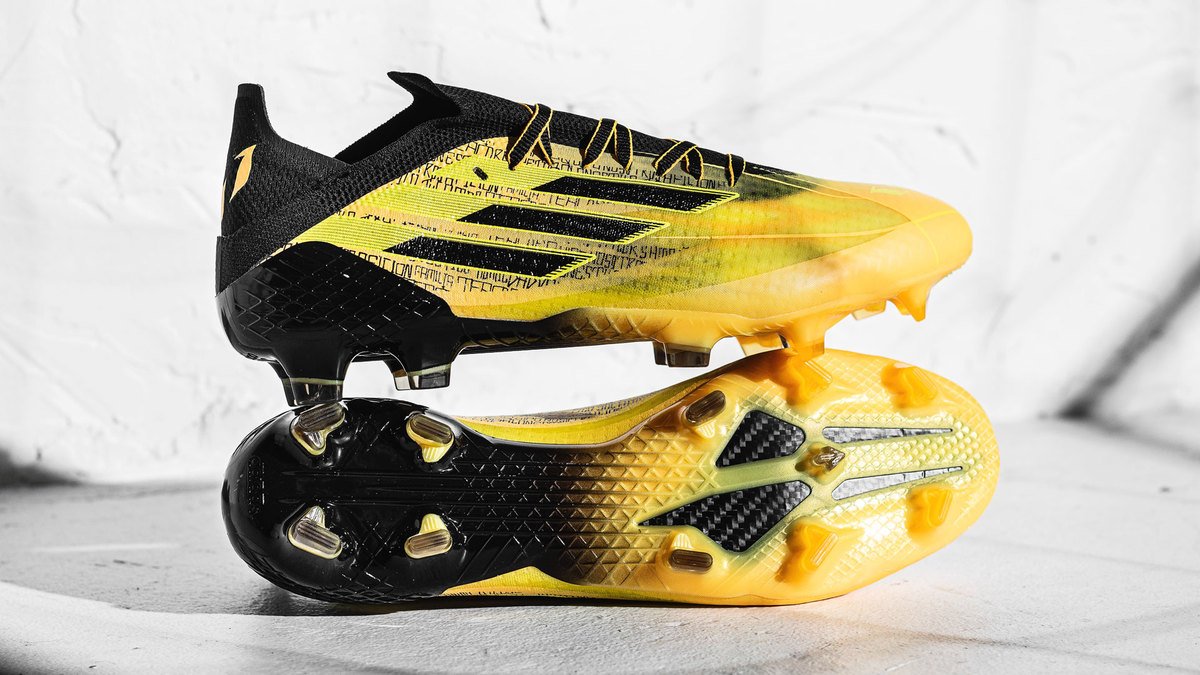 We have seen a lot of different signature boots for Messi over the years, but this one might seem a little familiar to some of his old ones. And that is definitely not a bad thing in this case - it only makes it even more special as this new signature boot plays homage to Messi’s history. Say ‘hello’ to ’Mi Historia’.

The new ’Mi Historia’ signature boot for Lionel Messi is a Solar Gold boot and refers back to some of previous models he has been wearing with adidas. Models such as the F50 and Nemeziz. But that is not the only thing that links back to some of his previous boots - you might have noticed the colourway ‘Solar Gold’, that colourway was also used on his adidas Adizero signature boot from 2014/15. Solar Gold is not seen as a ‘traditional’ gold, but it is more a mixture of yellow and gold.

But how does the new signature boot even look, besides the main colour of it? We will tell you right away. So, the boot combines two shades of gold/yellow - Solar Gold and a brighter yellow. On top of that, the famous three stripes are black, same with the heel area and the text on the upper. The text on the upper includes some handwritten words, such as Familia, Respect, Aficion, Nosotros. If you look closely you will see Messi’s logo on the upper front in a bright yellow.

These boots will only be worn by Messi himself and YOU of course! But the boots are not the only thing launching, a whole collection will also launch. You will be able to buy matching shin guards, football and other matching things. Something for a true Messi fan.