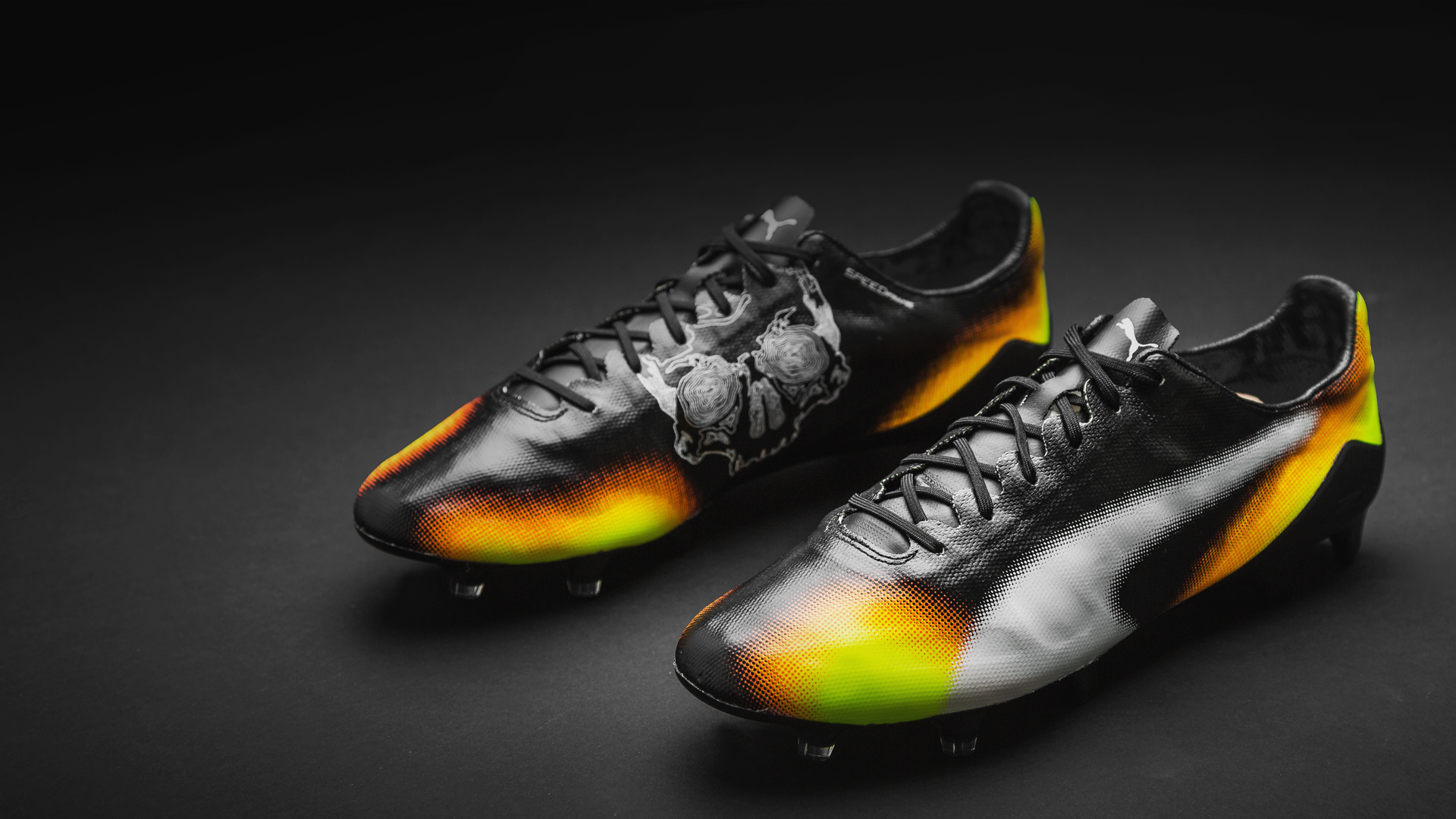 The newest range of colourways from PUMA take inspiration from tribal culture and their way of leadership. The evoSPEED SL chieftain is naturally Griezmann - check out his boots here.

Even though Griezmann has had to take the long and hard walk up the stairs to collect his silver medal more than a couple times this year, he will still probably look back at 2016 as a successful football year on a personal note. He has been an absolute monster of a striker and now PUMA celebrate his leadership abilities with a new pair (And quite different) evoSPEED SL Graphic.

The inspiration for them comes from a tribal mentality, where the most valued characteristics in a leader were passion and loyalty. An ambition that spread to the rest of the tribe/team to help them reach new heights - and this is very much something Griezmann can relate to this season.

While the visual inspiration leads the mind back to tribal culture, the whole idea behind the design itself is a heat map (yeeep, like the Magista). Here PUMA’s designers have tried to highlight the most important areas on the boot, when it comes to deadly finishing.