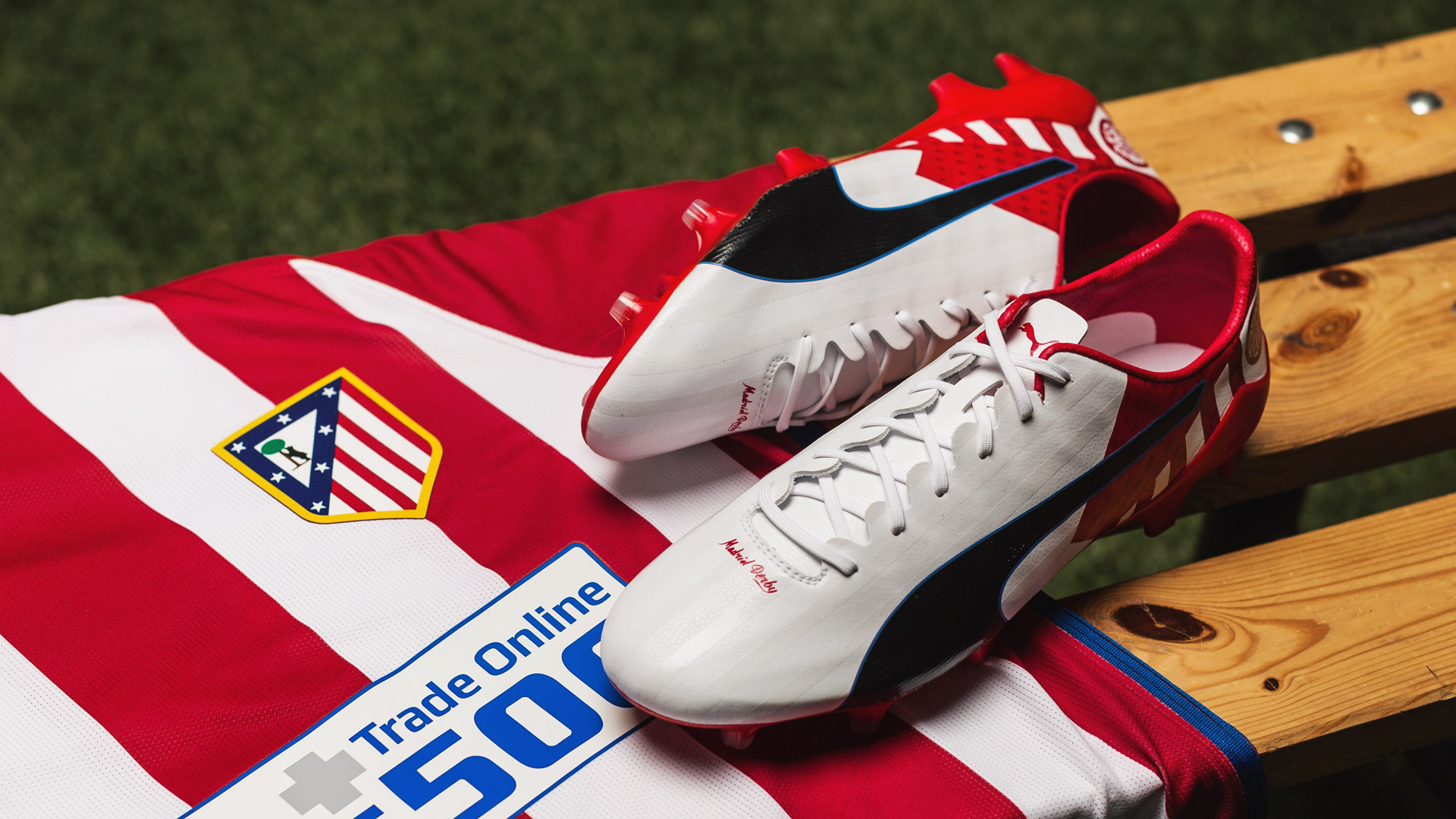 Exactly two weeks ago, PUMA introduced the first member of their new Derby Fever Pack concept and they now swiftly follow-up with one for Antoine Griezmann. Ready for the Derbi madrileño…

It’s been a long time since a Madrid derby has been as finely poised as the one next weekend. Atletico started this season very strongly, but have lost a bit of firepower lately, while Real Madrid are still yet to lose this season. Atletico Madrid have a knack of hurting Real Madrid, so it may very well be them that put an end to CR7, Bale and the gang’s hot streak.

Both teams are absolutely stacked with stars, but in the Atletico Madrid lineup no one outshines Antoine Griezmann. PUMA now celebrate their biggest athlete with a Limited Edition Derby Fever boot that they hope will make Anto’s Madrid Derby record even more impressive on Saturday.

Griezmann famously wears the evoSPEED SL-S boot, which is naturally why PUMA have chosen them for the Atletico themed makeover. The boots are created to be a sturdier version of the evoSPEED SL, which for some didn’t feel quite compact enough. They still rank in the Top three of lightest football boots ever, so make no mistake, they are still as fast as ever.

The PUMA evoSPEED SL-S Derby Fever Antoine Griezmann boots are available for pre-order now, as we prepare for the big game on Saturday.