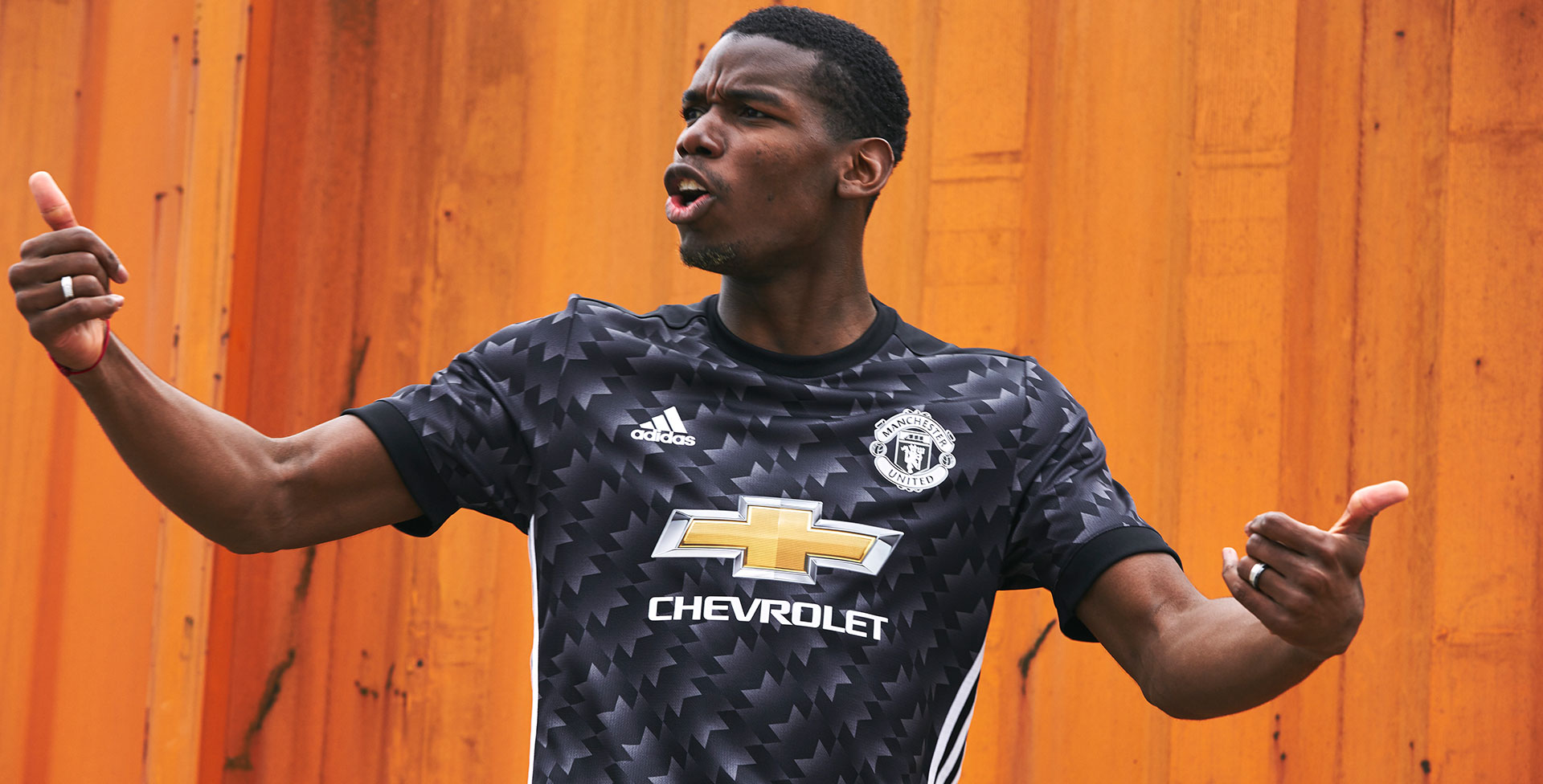 Manchester United and adidas have just unveiled next season's away jersey for the Red Devils to wear and even though it appears minimalistic and stylish in black and white it features a blast from the past.

Turn the clock back to the very beginning of the 90's and zoom in on the history of Manchester United; Sir Alex Ferguson is at the beginning of his reign at the club and is yet to achieve continuous success. In the season of '89/90 he manages to secure the FA Cup and keeps his spot in the hot seat and to celebrate his first trophy at the club, adidas launch a new away kit that has since become one of the most iconic in the club's kit history. You don't remember it? Google the Manchester United away kit 1990-1992 and you'll recognise it straight away.

With the historical foundation laid we can turn our attention to the present and to the recently unveiled Manchester United away jersey for the 2017/18 season. The shirt is mostly black with white details, but features the same pattern as the previously mentioned 90/92 away shirt and why so? Officially, it serves to honour the rich history of the club, but unofficially I believe that the design team at adidas see some parallels between the past and the present team's situation.

José Mourinho has yet to return the Red Devils to the top of the Premier League, but in this season he has however secured the League Cup and with the right result in tonight's game against Celta Vigo he can get his team through to the Europa League Final. A victory in said final would ensure not only a much desired spot in next season's Champions League, but the first ever Europa League trophy in the club's history. Could that signal United's return to the upper echelons of European football and the beginning of another successful era led on by José Mourinho?

Whether history is about to repeat itself is beyond my fortune telling abilities, but what I will say is that the new Manchester United away shirt for the coming season is about as stylish and good-looking as football kits come in this day and age. The season is coming to an end, but United are already looking towards the new season, where expectations will certainly be as high as ever. They've been properly equipped by adidas, but are Pogba, Rashford and the rest of Mourinho's disciples ready to take the club forward?

Pre-order the new Manchester United away jersey 2017/18 from adidas right here at Unisportstore.com.