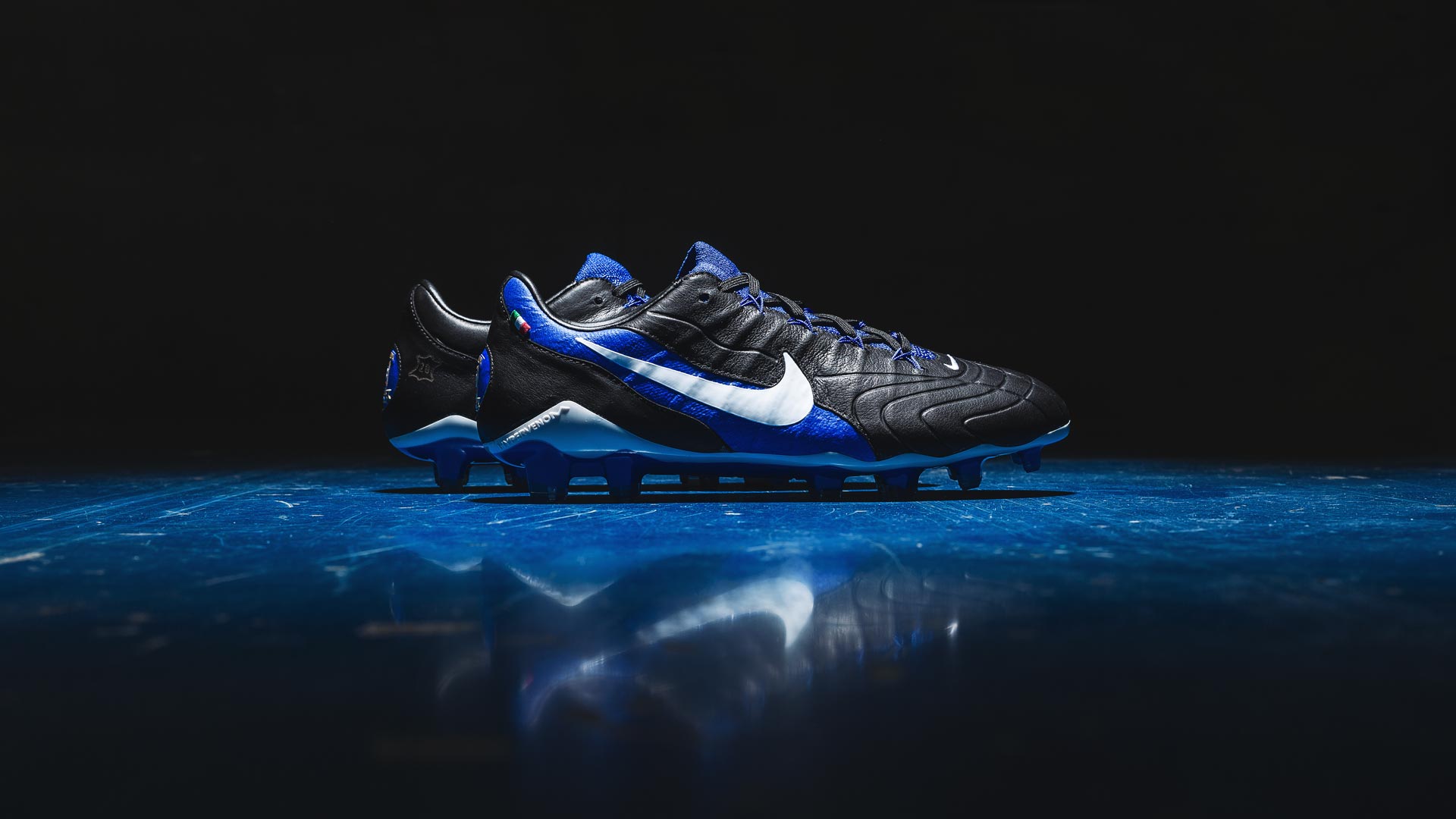 Through the years, Nike’s factory in Montebelluna has been responsible for making some of the world’s most iconic football boots for some of the most iconic players in history. Today, they celebrate the 20th anniversary of the first boot ever made there and present a Limited Edition tribute.

In 1996, Nike opened their factory in Montebelluna, Italy, where they would create only their most premium football boots. This mentality and commitment to craftsmanship has been kept up throughout the years and today one of the factory’s most important tasks is creating exclusive customised lasts for the biggest Nike athletes. So when you see a pair of boots worn by Eden Hazard or Cristiano Ronaldo you can be absolutely sure they come from Montebelluna.

Now Nike will release a limited edition remake of the Nike Air GX, which was the first boot to ever be made at the factory and also a very important boot in Nike’s history. By today’s standards, the new Nike Hypervenom GX’s look will probably be considered a classic and toned down design, but back in 1997 the blue colour pop and wavy aesthetics were very edgy. The Air GX was therefore a sign of things to come and it would pave the way for the even flashier designs that we see on the pitch today.

If you want your own pair, then you can order yours already today and with instant shipping. Find the Nike Hypervenom GX here.

The 2017 version features a leather upper, which is part Alegria leather and part Nike Flyknit. This makes it a clear blend of the traditional and the modern, which results in it being a whopping 35% lighter than the OG Air GX football boot. The concept of having Flyknit and leather together does make the new Nike Hypervenom GX sound a little bit like a slightly modified Tech Craft version, but that is actually not the case, because the construction is built up a little differently. On the Hypervenom GX the upper is placed directly onto the Flyknit and fitted, instead of being fused with it like on the Tech Craft. This way of doing it makes the upper of the boot much thinner and actually even softer too. It really ups the performance of the boot and you can tell it was only made possible, because the boots were made and crafted by hand in Montebelluna.

To celebrate the very same craftsmen and team members in the Italian factory, the boot is filled to the brim with details. On the sockliner inside the boot, the heel and accompanying boot bag, you see the Montebelluna Crest, as well as the Italian flag. If you get really close to the boot, you will also see a small Tricolore label stitched to the boot and directly opposite from that the Alegria leather symbol printed tone-in-tone. This has really been a passion project from start to finish and that really shows. Hats off to Nike. Hats off to Montebelluna!

You can look forward to seeing the Nike Hypervenom GX in action this weekend, as Mauro Icardi will wear them in the Derby della Madonnina. Can’t wait to see them!

If you want your own pair, then you can order yours already today and with instant shipping. Find the Nike Hypervenom GX here.