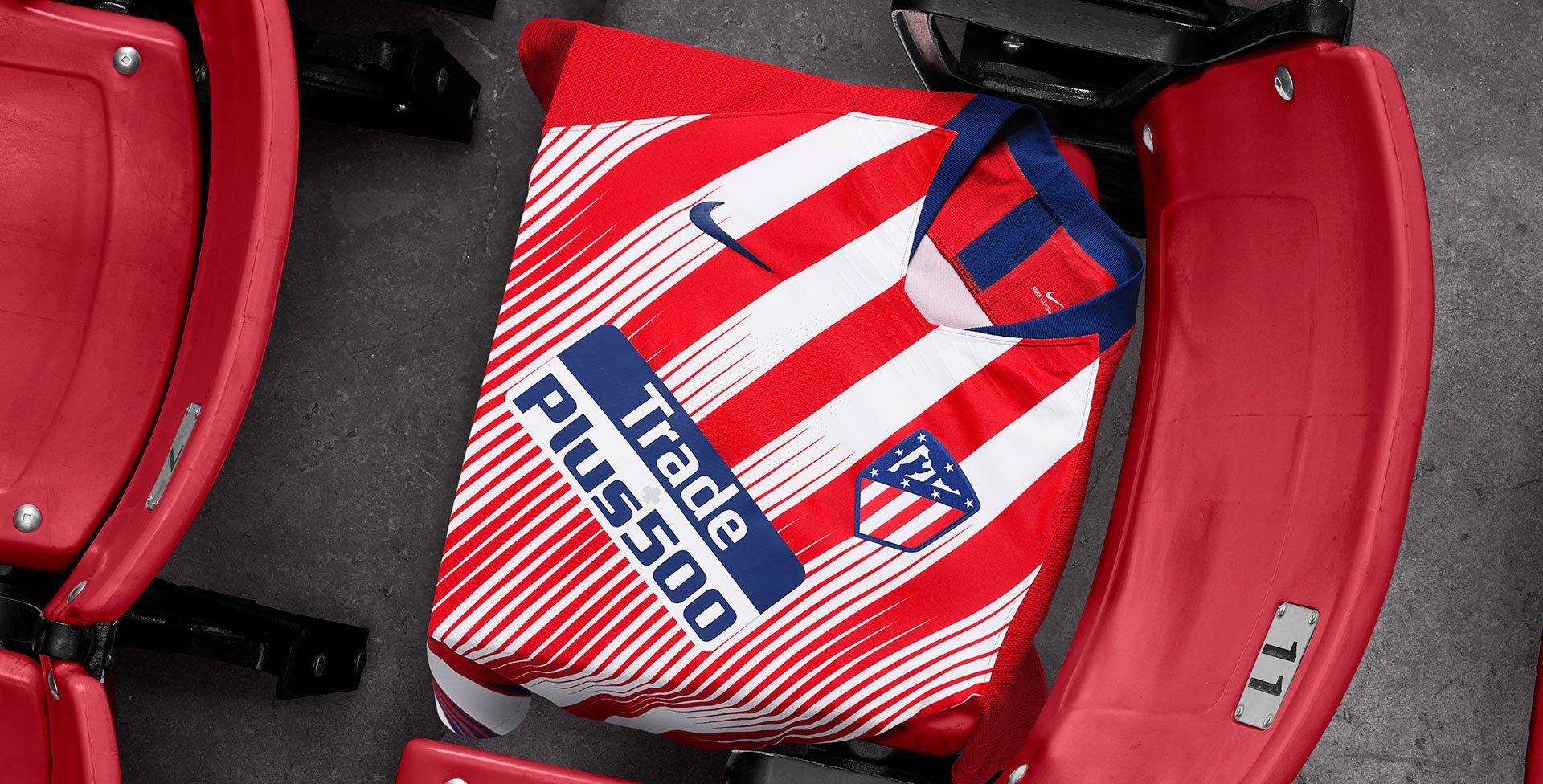 The 2017/18 was a great season for Los Rojiblancos winning the Europa League, while also ending just short and got the second place in La Liga. To honour and pay tribute to the City of Madrid, Nike has made the new Atletico Madrid 2018/19 Home Shirt with a design which lies close to the Fountain of Neptune, a fountain which Atletico is very fond of!

The Crown of Neptune is one of the elements which has been used as inspiration for the new Atletico Madrid 2018/19 Home Shirt. On the bottom you see some blue spikes, while the same pattern is used throughout the middle of the new Home Shirt. But it could also symbolize the water of the fountain, due to the symmetric spike designs than runs through the shirt.

But another key inspiration for the new Atletico Madrid 2018/19 Home Shirt is the journey Atletico Madrid has taken. The pattern is also an illustration of shrewd and innovative tactics, which lies close to Atletico’s never say die attitude! The world-famous passion that is shown by the Atletico fans is a key factor is the recent achievements of the club – both domestic and continential. The union of the team and supporters are shown through the traditional red and white stripes with blue patterns, while the Spanish flag is represented in the neck.

Show you loyalty and get your own Atletico Madrid Home Shirt here at unisportstore.com from the 24th of May!