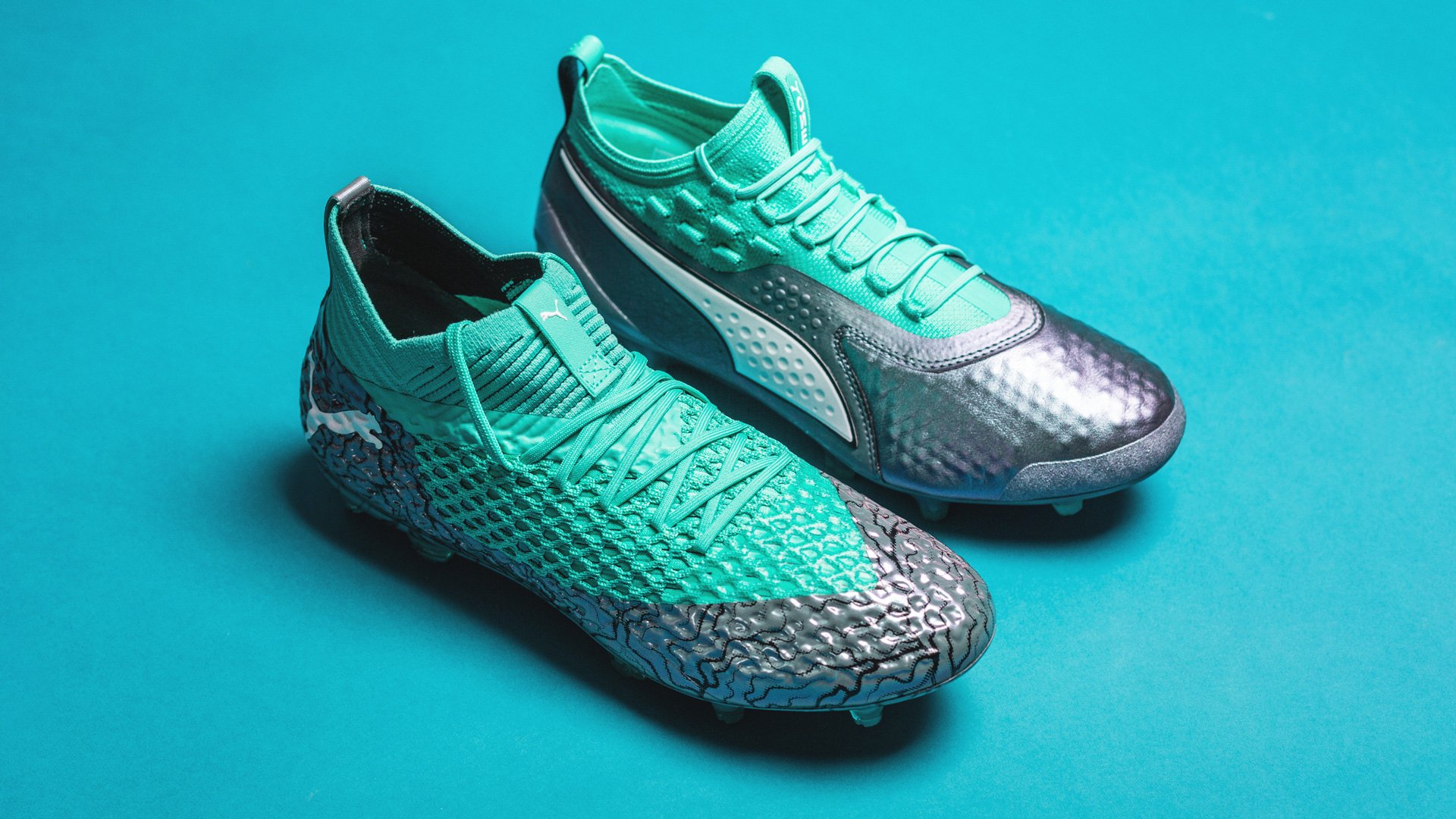 PUMA is ready to dress the players for the World Cup. There are some players that everyone pins their hopes on, they are expected to produce brilliance and take the lead, it’s time for these players to illuminate the game at the biggest stage.

Expectations are high when the players are at the World Cup and this will put pressure on them. Some will cope with it, other will end up short. The pressure will make opportunities which will change the games and create moment of sheer genius that will always be remembered. The players are ready to light up the pitch, inspire the future of their nations and illuminate the game that we love.

The PUMA World Cup pack is named Illuminate Pack and the Future and ONE boots will feature an iridescent colourway and graphics. This reflects the pulse of energy that surges through the minds of the maestros of the game, when they receive the ball and create the game changing moment of the excellence. The PUMA Future is made with a graphic that symbolizes the mind of the creative players that invents the plays with flair and instinct. While the PUMA ONE is made with an analytical geometric graphic that mirrors the mind of those players that read the game ahead of all others. These players are also known of delivering pin-point, defense splitting passes with perfection.

But the Illuminate Pack is not only giving us a new colourway for the World Cup. Both boots are updates, so we get a new Future 2.1 and a ONE 1. The Future boot has gotten it’s NETFIT refined and improved. Each lace hole in the NETFIT is made closer and applied on a larger area on the upper, which in the end gives more lacing possibilities. The NETFIT is also covered with a TPU skin on the strike zone of the boots and this adds to the grip and touch of the boot. The overall fit and feel is also improved due to the NETFIT is fused to the evoKNIT sock and striking zones to create a Form-fitting textile base layer. The evoKNIT sock is also updated, and this is very visible on the cuts of the sock and the and ribbed textures. This provides with a secure fit around the ankle that allows the wearer to react quickly and remain agile.

The PUMA ONE 1 is made to get the perfect FEEL, and to get this the leather is still a super soft and thin K-Leather and it’s been applied on the key striking areas of the boot to reduce the overall weight. 3D dots have been applied underneath the K-Leather vamp, which will secure the players a perfect touch on the ball and enhancing the overall feel and grip. The fit is taken to New Levels by combing a new FUSEFIT technology with the supportive evoKNIT sock, which gives more lacing options for a better overall comfort, lockdown and agility. The RAPIDSPRINT outsole is also updated. The weight of the outsole has been reduced and a new stud configuration is combined with an external heel counter, designed to provide stability and help with quicker turns and bursts of pace.

Illuminate the game with your own pair of PUMA Future 2.1 or PUMA ONE 1 here at Unisport