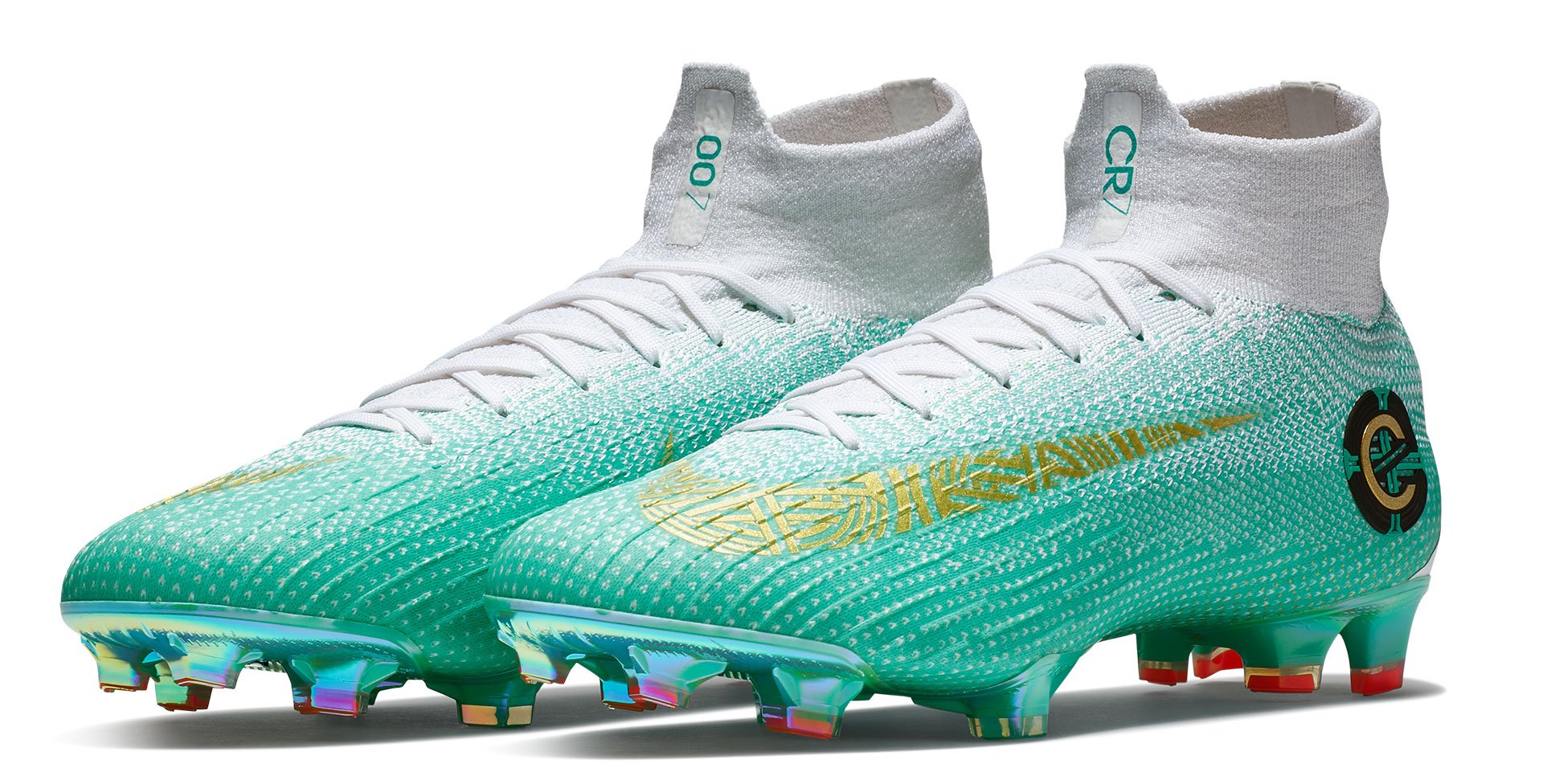 Cristiano Ronaldo has proven himself to be a dominant force at the World Cup. He showed the way with his hat trick against Spain and his vital goal against Morocco, and now Portugal have secured their spot in the knockout stages.

To celebrate Ronaldo’s and Portugal’s first step towards the World Cup title, Nike has released a new Limited Edition Superfly boot for Ronaldo. Ronaldo is still addresses as the Born Leader and the boots also based on the previous Chapter 6: Born Leader boots.

The Superfly boots are made with the same blueish colour, while the only change is the white collar and knitted material on the instep. The graphical print and naval history, which was visible on the previous boot is still incorporated in the design, so the story about Ronaldo being Portugal leader on a new adventure is still there.

The colour update on the instep and sock is really on point, giving the new Limited Edition Superfly boot a more complete look. The combination of this boot with the Portugal Away Shirt is going to look good on Ronaldo. As stated before this Superfly boot will be Limited, and there will only be produced 154 pairs World Wide. But why 154 pairs? Well it's because he has played 154 games for Portugal and netted more goals than any other European player in history. Interested in getting these new boots? Then stay tuned on Unisport in the next couple of days.

Sign up for the Raffle right here. But hurry it closes on the 4th of July at 12.00 CET!