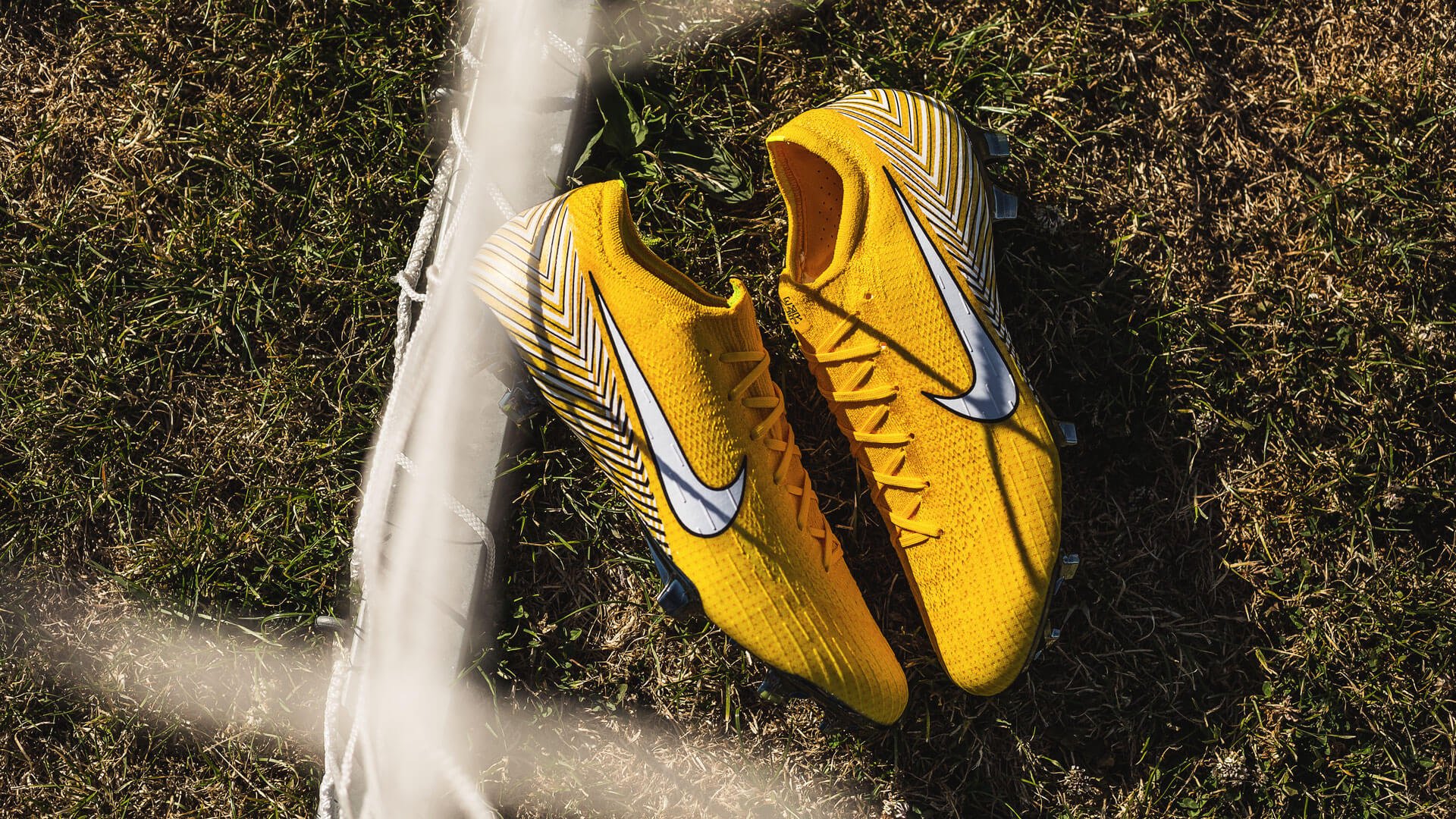 Neymar Jr. is a true example of a unique player who does thing his own way. There is only one way, and that’s the Neymar way of doing things. The Vapor Meu Jogo celebrates Neymar’s journey from raw talent to an international icon.

If you have to point out one player that has taken the journey from being a raw talent and transformed himself into an international icon, then you might say Neymar Jr. in a blink of an eye. The Nike Mercurial Vapor Meu Jogo celebrates Neymar Jr.’s journey from the young days at Santos FC and on to his current status as an international football Rockstar playing for Brazil. He has taken this journey by playing one way, and that’s the Neymar Jr. way.

Already as a young player Neymar Jr. already displayed a joyful way of playing football, which he now is a trademark for. In 2009 he made his senior debut for Santos FC, and here he also won the League’s Best Young Player award, and in 2010 he won the Campeonato Paulista and Copa do Brasil. But even though he was a bright star, he didn’t get selected for the 2010 World Cup squad. Therefore, he started to earn his reputation and cemented his place on the Brazilian first team. In 2012 Neymar Jr. leads Brazil to secure the Silver medal at the London Olympics.

After this the rest is history. Neymar Jr. joined Barcelona in 2013 winning multiple Spanish titles and a Champions League title. At the same time Neymar Jr. made an example of himself on the national team where he in the 2014 World Cup scored 4 goals in 5 matches but ended short on winning the World Cup title on home soil. He came back even stronger in 2016 where he captained the Olympics squad and lead the team on to victory with scoring the winning penalty. Now Neymar Jr. has returned to the World Cup in Russia and is the international icon that Brazil has hoped for.

The Nike Mercurial Vapor Meu Jogo celebrates Neymar Jr.’s impressive journey and Nike has taken every aspect into consideration when making the boot. The Meu Jogo boots comes in a nice Brazilian yellowish colour and with white stripes on the heel and sole. The stripes celebrate his younger days at Santos and pays tribute to their white and black striped kits, which Neymar Jr. first was seen in. The yellow base colour is all about Brazil and his journey from a young, raw and gifted player and on to become the hero of the nation and the hope for the future. Neymar Jr. plays one way no matter the stage and is committed to do this the Meu Jogo way. Get your Meu Jogo on with these new Nike Mercurial Vapor Meu Jogo boots at Unisport from the 3th of July.