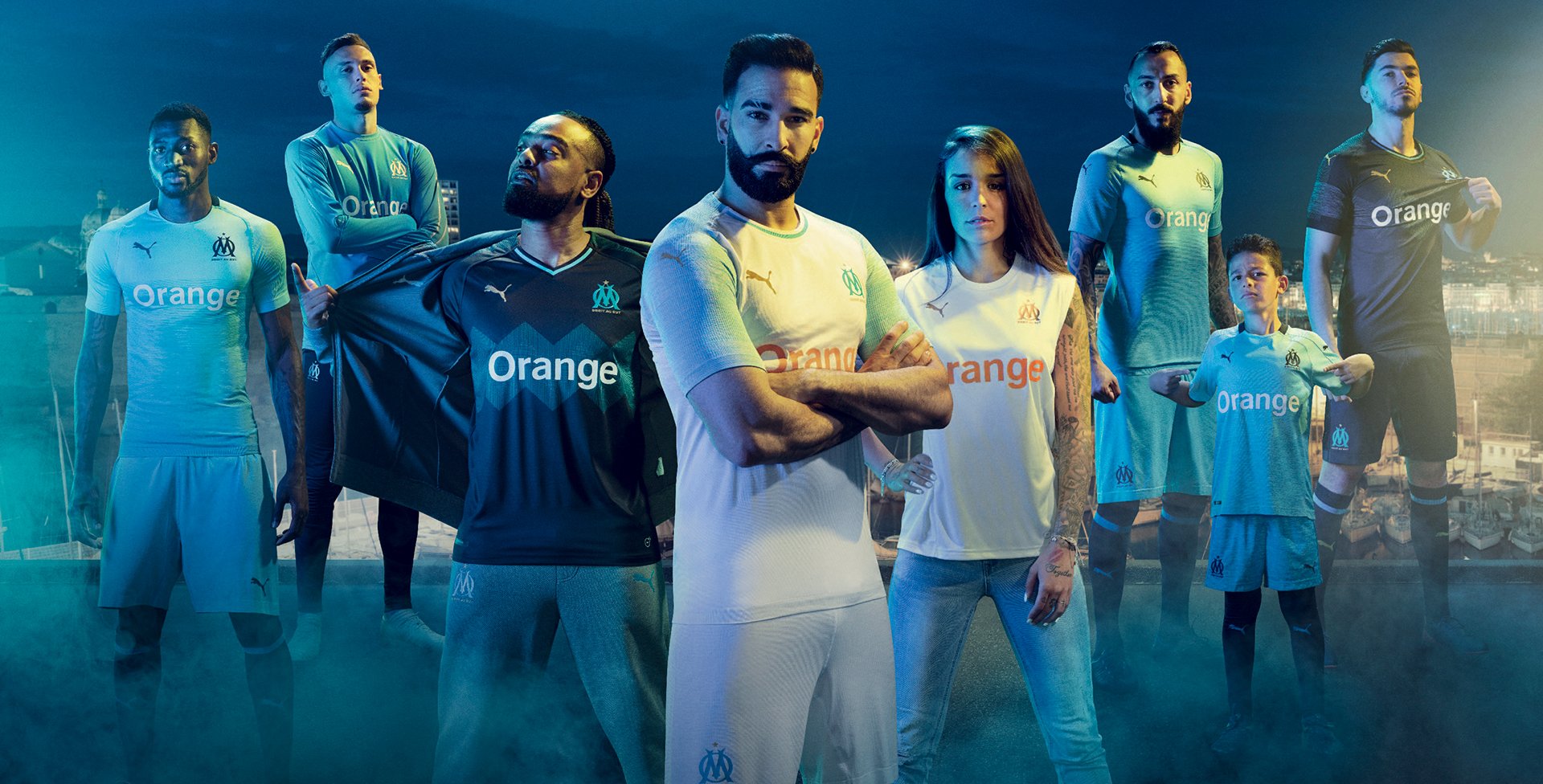 There is no time for a break, even though the World Cup is putted on a hold for a couple of days. Football never stops, and Marseille is ready to present their new Home, Away and Third kits, which they have made with their new shirt supplier PUMA.

PUMA is making some great deals at the moment. Pre-World Cup we saw them sign two national teams, Senegal and Serbia, and now they are ready to make their entrance on the club scene as well. PUMA is ready to introduce their new deal with Marseille, and is there a better way of doing this, than giving us 3 new sweat Marseille shirts.

Marseille might be one of the most famous clubs and has some of the most supportive, enthusiastic and passionate supporters in the game. The club’s 119 years of history has led to 32 major trophies, including the Champions League in 1993. Now it’s time to take Marseille to New Levels and conquer both French and European glory.

The three new Marseille kits are all inspired by the sea, which represents the determination and eagerness of Marseille to do battle this coming season. The new shirts and supporters of the club are going to light up the stadium with passion and ferocity.

The inspiration of the seas in very visible on the new Marseille 2018/19 Home and Third Shirt. The Home Shirt is made in the well-known white colour and with light blue sleeves, while the Third shirt is made in a full light blue colour, and with an oceanic pattern. The Away Shirt is also includes the oceanic pattern on the sleeves, while a triangular pattern runs across the chest, which represents the beat of the pulse of the fans and city of Marseille.