Blink and they'll be gone. Puma have launched their newest generation of speed boot, which will be called EvoSPEED 1.2. It has been given a radical overhaul, both aesthetically and technically, which means it is now, more than ever, optimised for speed. You can now hear all about the new boot, right here. 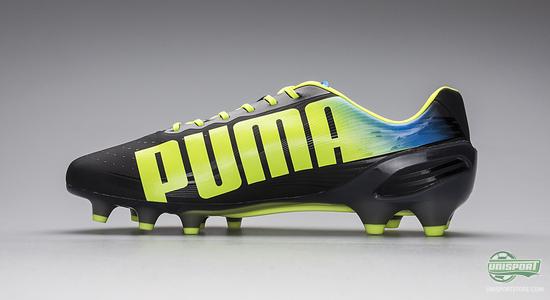 Last year Puma took a drastic choice and completely changed their lightweight silo. They waved goodbye to the old Velocity-series and instead introduced the EvoSPEED 1, which quickly caught the eye and heart of professionals. 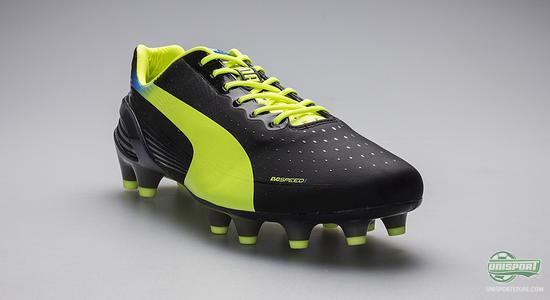 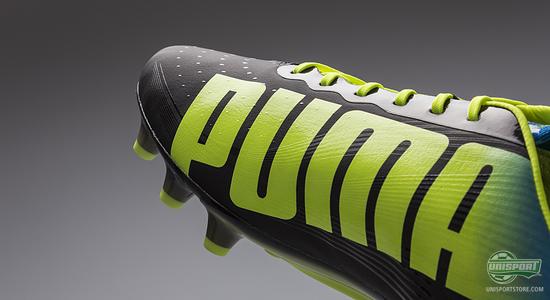 Now the concept has been developed and Puma have given the EvoSPEED-collection a fresh new look, with the always tricky sequel, EvoSPEED 1.2. The design has been updated, so the iconic Puma stripe is now more classic, rather than last years lightning bolt shape  and if you where ever in doubt who made this boot, all you would need to do is glance at the medial side of the boot, where an oversize Puma-font resides. 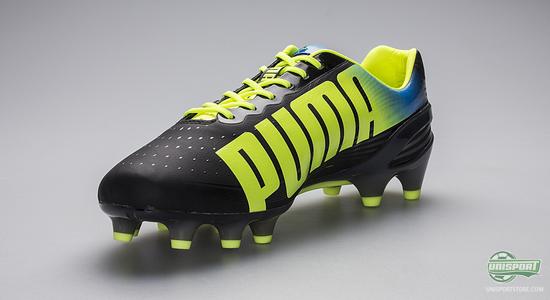 The boot is, according to Puma, made to improve your speed and it is designed with three things in mind; low weight, flexibility and fit.

These three elements are combined into one of the markets very lightest boots  Puma EvoSPEED weighs a measly 188 grams. At the same time it is equipped with a thin upper of Japanese microfibre, which is done to keep the weight low and give a sharp touch. 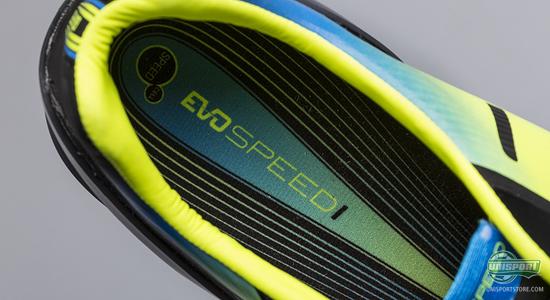 This single layer of microfibre is made with focus on fitting your foot like a glove, while still giving you a great, sharp and tight feel with the ball. The upper also has a leather like finish, which will undoubtedly become very popular. 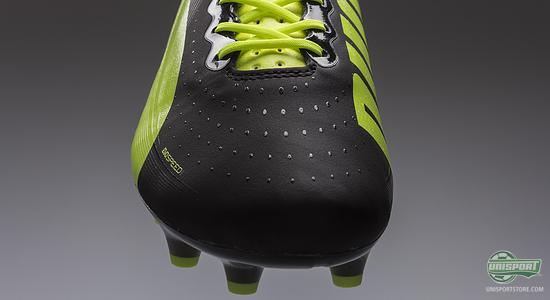 At the same time Puma have passed on their GripTex-texture on the nose of the boot, into the EvoSPEED 1,2, where this help give better grip, especially in wet weather. The GripTex-technology is slightly adhesive and will therefore give you the necessary prerequisites, to make sure you are always in full control. 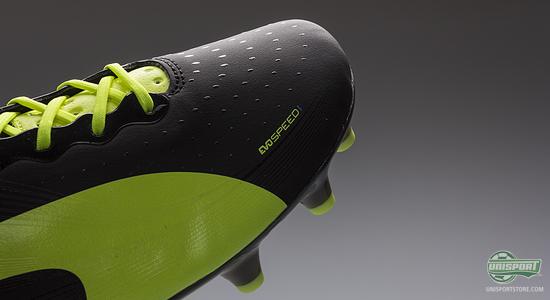 The upper itself has again been stabilised and made to keep its shape, with the EvoSPEED skeleton, which Puma call the Everfit Cage. The thought behind it is that the technology will wrap itself around your foot and give the boot the necessary stability, especially around the midfoot  this way your boot and foot will be one.

The boot is yet again built up around Puma's nice EvoAptoLast, which really accommodates the foots natural curvature. This way you get a fit, which almost feel tailored to your specifications. 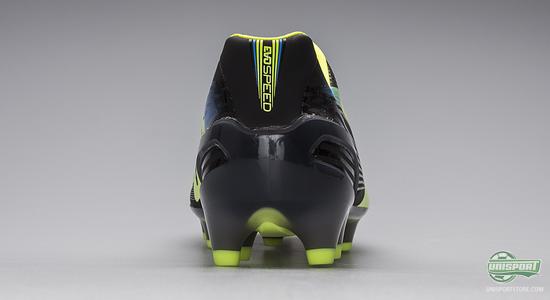 The biggest innovation on the EvoSPEED 1.2 is found underneath the sole, where Puma have introduced their speedtrack technology. The Speedtrack is a torsion bar, which works as the spine of the boot and makes sure your reactions and explosive power is optimised. 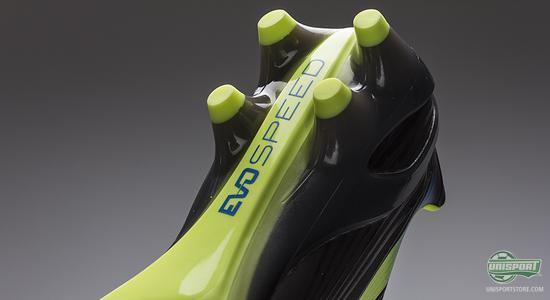 Furthermore the EvoSPEED 1.2 has been upgraded when it comes to flex, which is one of the core areas. Underneath the frontfoot is the DuoFlex-area, which makes sure the can bend and follow the foots natural movement. DuoFlex has been developed, so it now can have an even greater impact on your foots flexibility  a bit like a sprinters shoe. 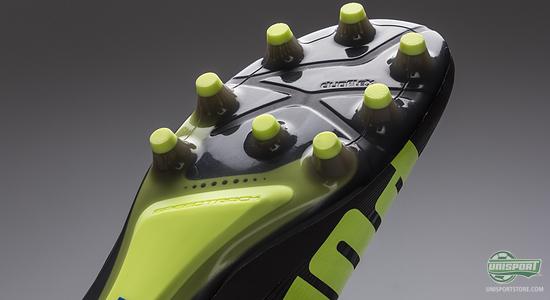 The stud-configuration on the EvoSPEED 1.2 has been changed slightly compared to the predecessor, so the studs are now slightly thinner and a little longer. This means they penetrate the ground easier, so you can get the most out of your kick off.

Do you want to see the Puma EvoSPEED 1.2 from all angles? Check out our exclusive 360 degree interactive presentation of the boot here.

EvoSPEED 1.2 comes as both a FG and SG boot, where the SG stud-configuration is made like most of the professionals like it  with a hybrid of both iron- and plastic studs, as to give the best grip on wet and soft pitches. 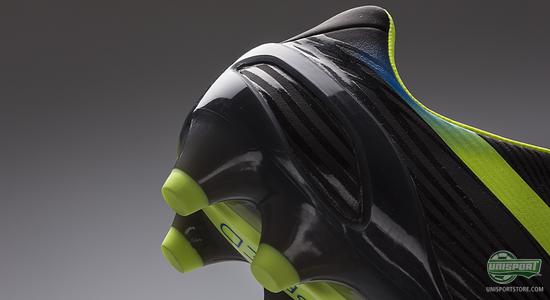 We will undoubtedly be seeing more of the newest generation of Puma EvoSPEED, at the feet of Olivier Giroud, Sergio Agüero and Radamel Falcao, What do you think about the new boots, the design and improvements? Are they something you might get? Share you thoughts with us in the box down below, or on Facebook and Twitter.