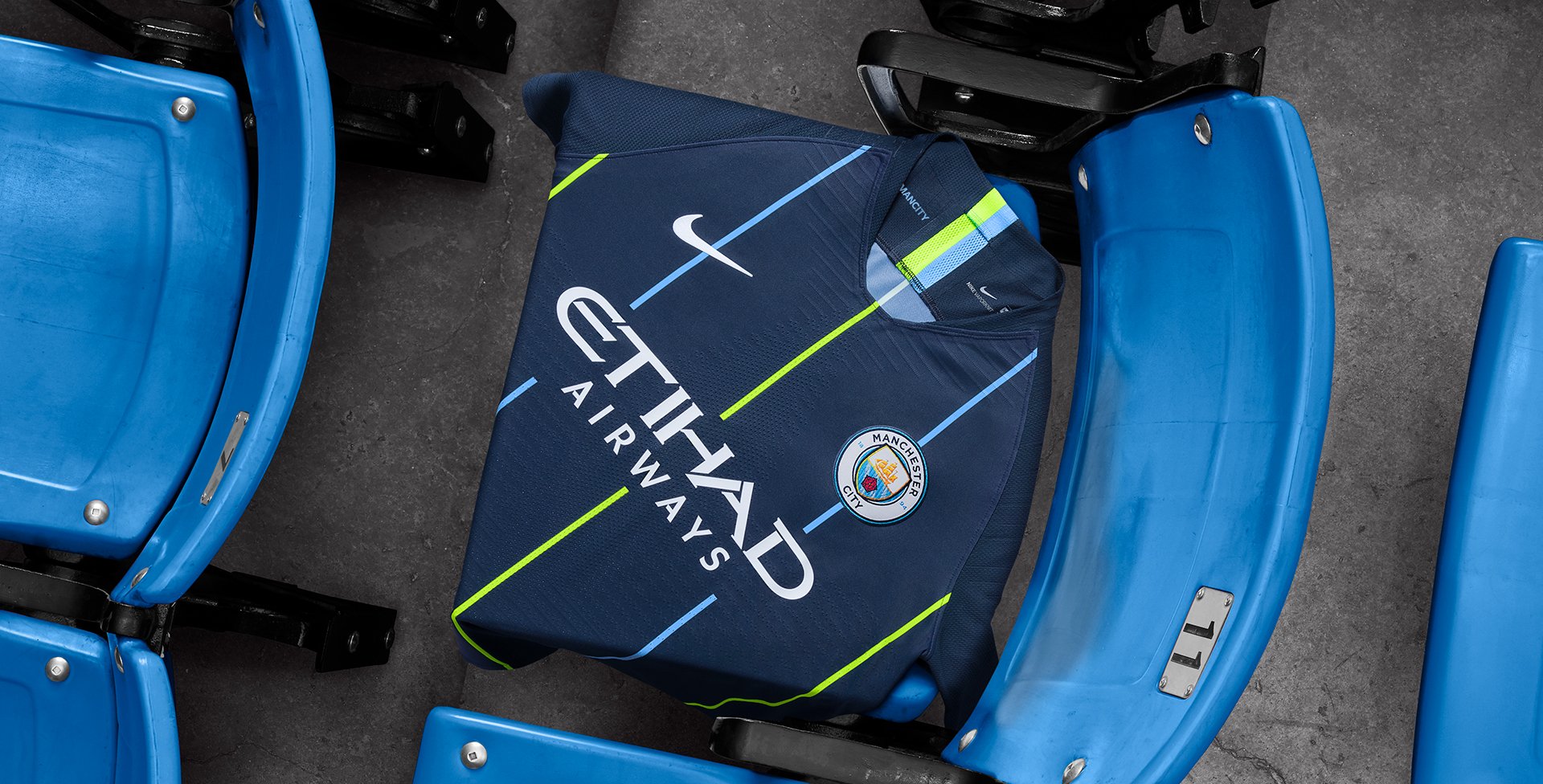 The new Manchester City 2018/19 Away Shirt goes back in history and celebrates an important day for the Citizens. Many considers the game against Gillingham back in 1999 as one of the most important games for the club. Manchester City was behind 2-0 in the play-off final for the first division promotion. But City managed to score two dramatic injury-time goals, which sent the game into extra time. Manchester City went onto beat Gillingham in penalties and take the promotion and get one step closer to the Premier League.

Design of the Manchester City Away Shirt

The Manchester City 2018/19 Away Shirt will be complemented with navy-blue shorts and with volt socks, to complete the full look that tributes the 1999 kit. Added details on the back on the neck also features the light blue and volt stripes, while ‘City’ is written.

Get your Manchester City Away Shirt 2018/19 at Unisport, it’s available from today!
We use cookies to improve your experience, show you products you may like and save your cart. Continue if you're ok with this, or read more in our privacy policy.