Since Nike took over the sponsorship for the English national team, we have only been able to reveal the home shirt, but now it is time to present the brand new away shirt. It signals a comeback for the infamous and iconic red colour, which has a reputation of bringing along success. If Rooney, Wilshere and co. are able to live up to this, we will have to wait and see. 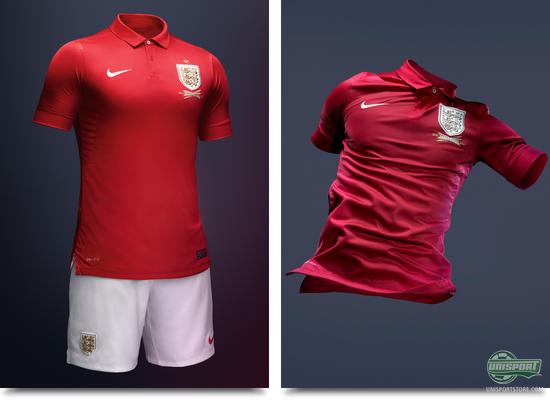 The new away shirt is English to the bone, and there is reason to believe that The Three Lions are are well satisfied with the sharp design. The first thing you notice is the return of the red colour. We saw the red colour on an English away shirt for the first time back in 1951, and since then it has become specially known for taking England to their one and only ever World Championship back in 1966. 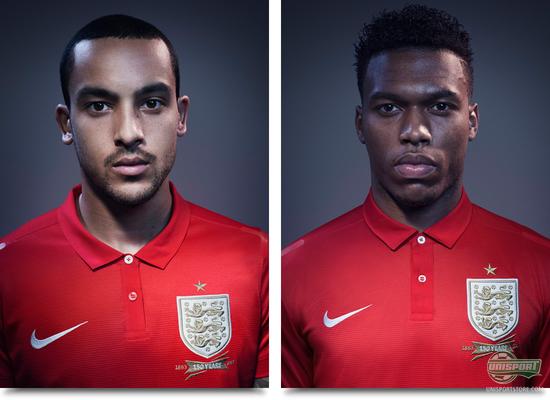 Back then it was Manchester United legend Bobby Charlton, who led the team to victory; and today, it is yet again a United player, who the Englishmen are trusting to lead the way. We are of course talking about Wayne Rooney, who, accompanied by profiles such as Walcott, Wilshere, Gerrard and Phil Jones have been given the task of leading the team to victory. Now they have all been equipped with a shirt with rich history, and their kit can therefore not be used as an excuse. 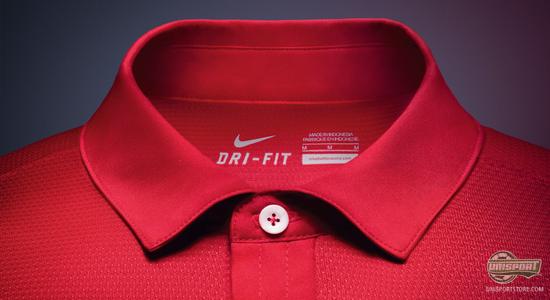 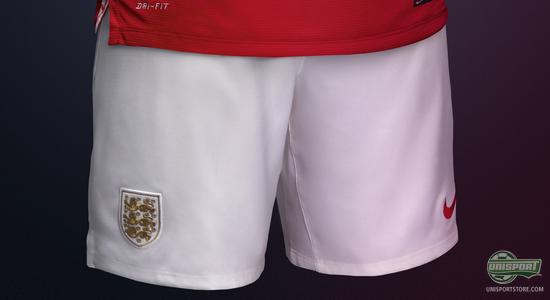 The English are known for a very subtle and classic style, which is also a theme for the new away shirt. Another eye-catching details is the collar, which provides the shirt with a very elegant touch. In addition, we can see a two button closure, a white on top and a red below, thus emulating the legendary St. George's Cross. 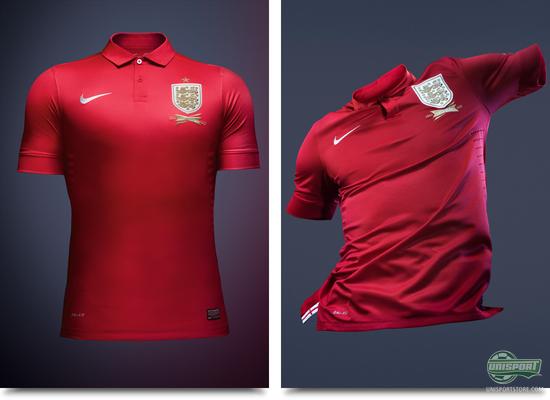 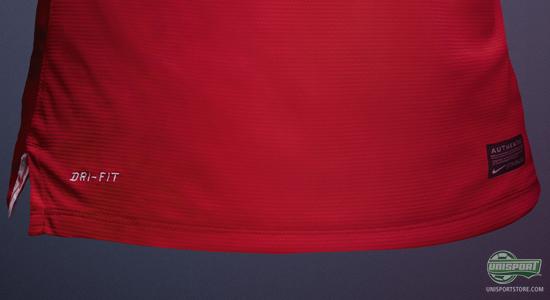 The St. George Cross, from the English flag, has also made its way to the slits on the sides. A bold, yet elegantly implemented detail, where the flag is displayed as the slits split. Moreover, the shirt is produced with Nike's DriFit technology, which wicks sweat and moisture from your skin, hereby keeping you nice and dry. 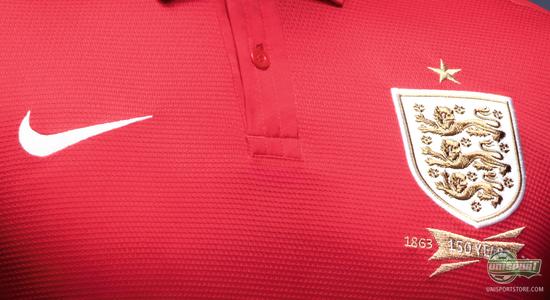 On the chest we see the well-known logo, The Three Lions, the design is golden in order to celebrate the English football association's 150-years anniversary. Above the logo is an embroidered golden star, which marks the World Cup victory from back in 1966. Under the logo is written 150 years in order to mark the anniversary, accompanied by the years 1863 and 2013. 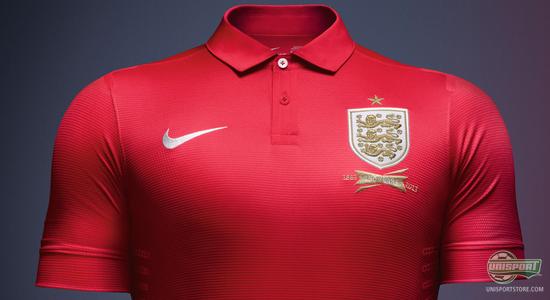 Aligned with Nike's environmental policies, the new England away shirt is also produced of recycled polyester, which is extracted from plastic bottles. The shirt weighs as little as 150 grams and is designed with a very streamlined slim fit in order to optimise the comfort. This displays Nike's dedication to fine craftsmanship, design and style, which improves the players performance through central technologies.

Now the English national team has most certainly been properly equipped, and now we can just wait for the new shirts to have their début. What do you think of the new away shirt? Feel free to give us your opinion in the comment box below and take part in the debate on Twitter and Facebook.