Stephan El Shaarawy has already been quick to show off the new boot  and now it's time for the official arrival. We therefore take a look at the brand new, very summery, Volt/Black/Bright Citrus colourway of the Nike Mercurial Vapor IX. 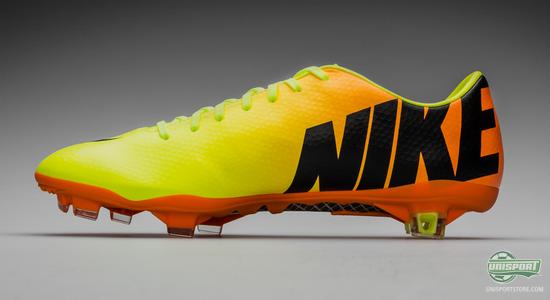 As usual the Italian Stephan El Shaarawy is quick to pull the trigger when he gets a new boot from Nike and we therefore always keep a sharp eye on him, when there are new boots on the way. He didn't disappoint this time either and already at the start of the week, he shared a picture of his new yellow Vapor IX. A colour, which we can't help associate with colourful drinks and ice cream  it doesn't get any more summery than that. 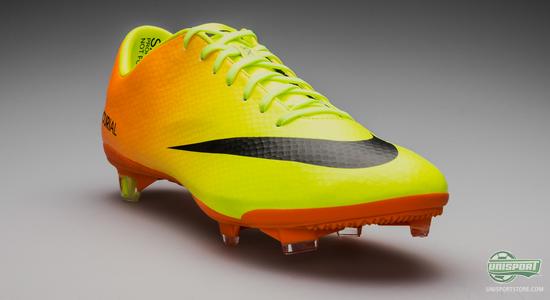 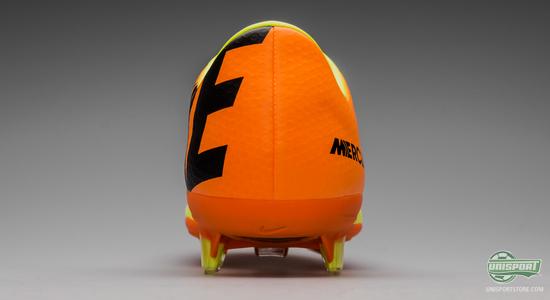 The ninth generation, of the, by now, legendary Mercurial-collection has, like the ones before it, stormed onto the speed boot scene and conquered the hearts of everyone. With its just 185 grams it is lighter than most, but Nike have still had great success in innovating and improving the boot, with revolutionising technologies like Speed Control and ACC. 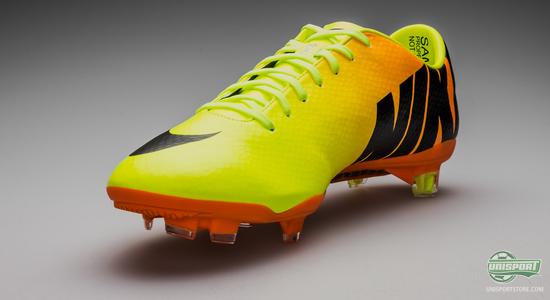 The Nike Mercurial-boots have throughout their glorious history had quite a few yellow colourways, which all have been extremely popular. The Vapor III was yellow, the Superfly I was also yellow and now it's the Vapor IX's turn. It has been given a fresh summer facelift, so you can face the summer and sun with a pair of boots to match. 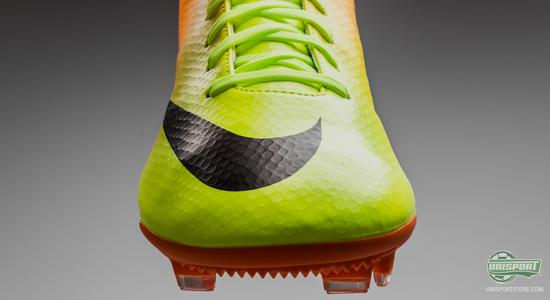 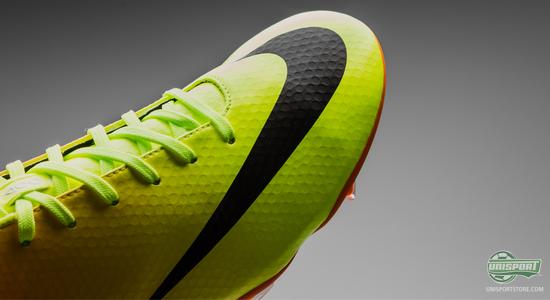 When the Mercurial Vapor IX was launched, they had focused on tweaking and improving the already brilliant Vapor VIII, which had really cemented the Vapor's place at the very pinnacle of speed boots.

The upper of the Mercurial Vapor IX is made with small dimples, which resemble that of a golfball. It is a technology, which Nike call Speed Control and as the name implies, it is made to give improved grip on the ball, especially when dribbling at very high speed. 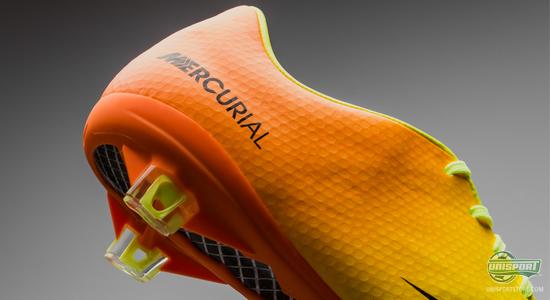 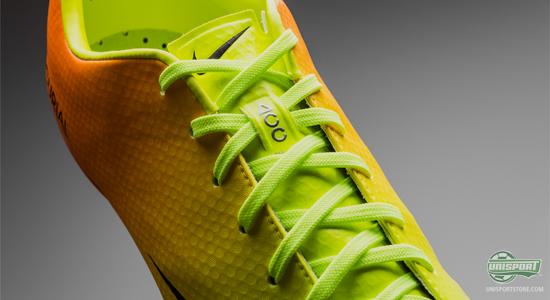 The struggle with the weather gods can always have its consequences on your grip on the ball, this is especially the case in wet conditions. This is, however, something Nike have found a way to counter and they call it ACC. It stands for All Conditions Control and it is a technology, which they have incorporated into the upper during production. It ensures you have the same grip on the ball in wet weather, as you would otherwise have had in the dry. Does it work? You can see Jakob review it here  don't forget to pop on the English subtitles. 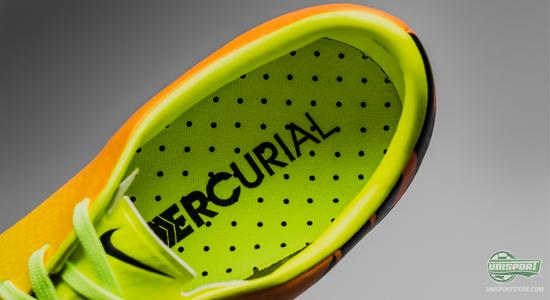 The outsole is made with two layers of fibreglass, which gives great springiness and an excellent kick-off when accelerating and sprinting  this means you can use your speed to the best effect and power past defenders. 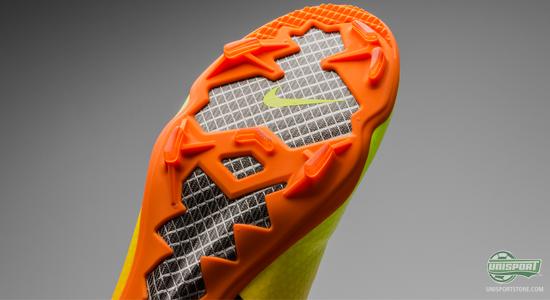 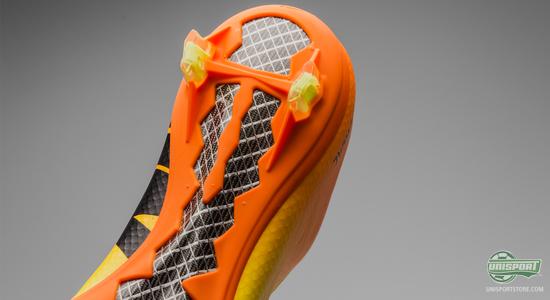 The Vapor IX is, as always, equipped with a speed-orientated stud-configuration  and that is definitely apparent. With just two studs on the heel, the idea is that will quickly penetrate the ground, thus giving you explosive speed, which the boot boasts. At the same time, the bladed studs forcefully grip the pitch, so you can swiftly transfer your energy to the ground and can get out the blocks quickly. 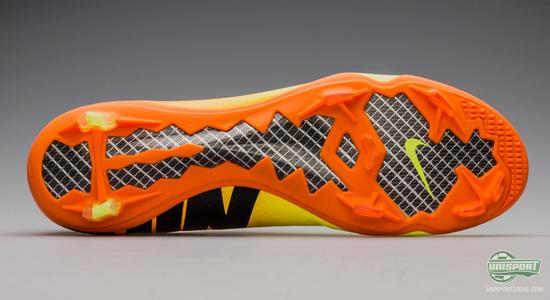 Vapor IX is ready for summer with fresh yellow and orange colours  and we are certain they will light up pitches all around the world, for the next few months. Do you like the boots? Feel free to share your thoughts in the comment-section down below.