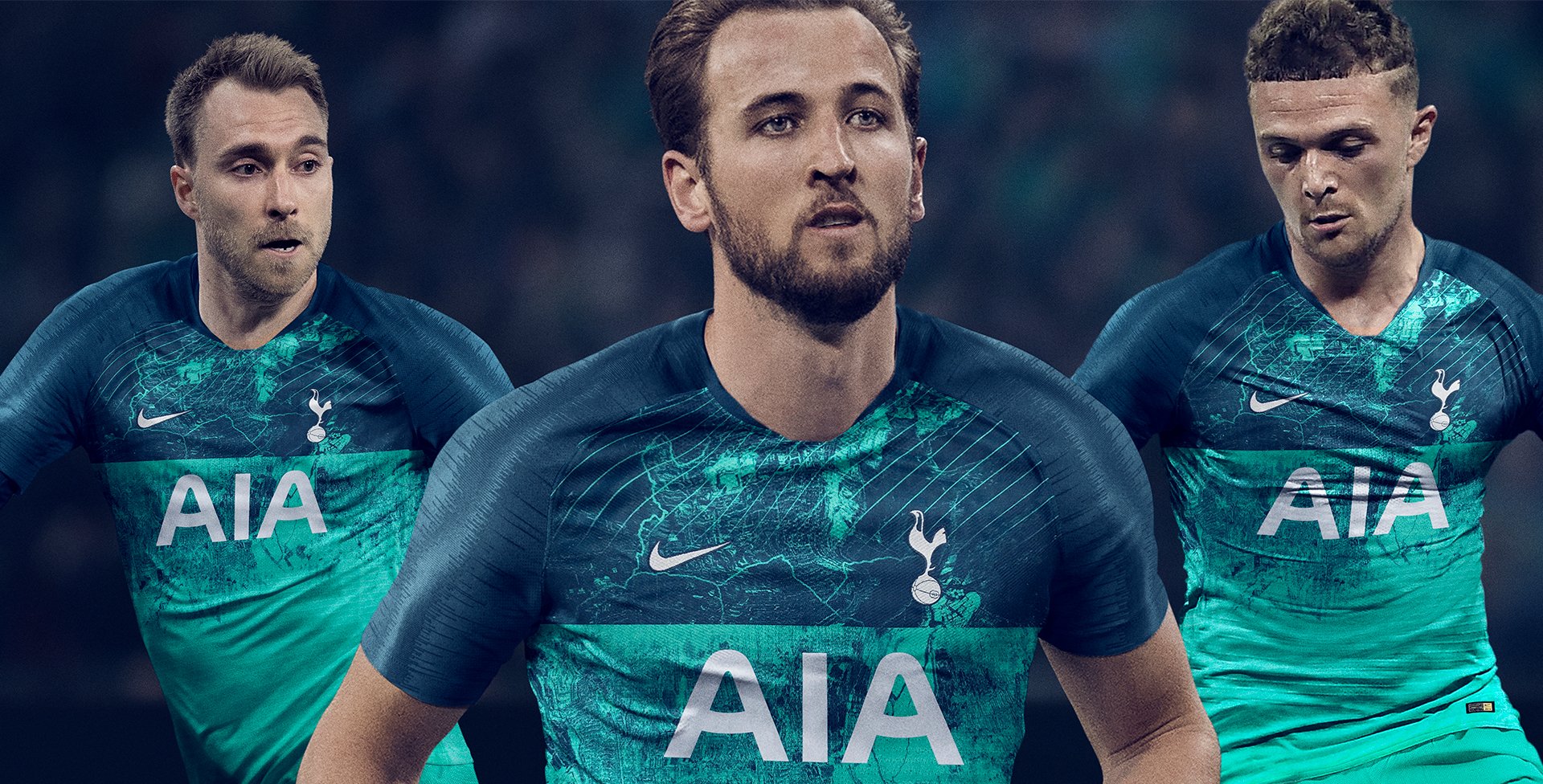 The new Premier League season has kicked-off and Tottenham are fully ready to compete for the major trophies. They have now received their Third Shirt which marks their territory and will to conquer the footballing word.

Tottenham Hotspurs is located and often connected with throughout the club’s chats and songs. Looking on the Third Shirt we see that Nike has taken a more modern approach to the design, which included asymmetrical patterns to blur the lines between football culture and an youth-inspired street culture. Furthermore, the new Tottenham Third Shirt combines two previous Tottenham Home Shirt designs from ‘85 and ‘91, where similar patterns also were used.

If we go a bit more in depth with the details and look and the aerial map of N17, the postal code of the location where White Hart Lanes is placed, we spot both their new stadium and the area of Haringey Borough, whom also have their own club located in North London. Visually it represents a map that hunters use when hunting, which other teams use when moving in on Tottenham territory. Surely Tottenham will not let their area slip away without a fight. The Tottenham team has the ability to defend their territory and will not let anyone leave White Hart Lane without af fight for the vital points and advancement in European competition.

The Hotspur crest and Nike logo has been made with a metallic finish, which represents Tottenham’s passion to fight for trophies and silverware. The silverish finish is also visible on the neck, where a silver stripe runs down. Furthermore, the Tottenham Third Shirt will act as a third Shirt in the Premier League, while it also will be used as a Champions League shirt as well.

Get the new Third Shirt made for the King of the North London, available at Unisport from today!